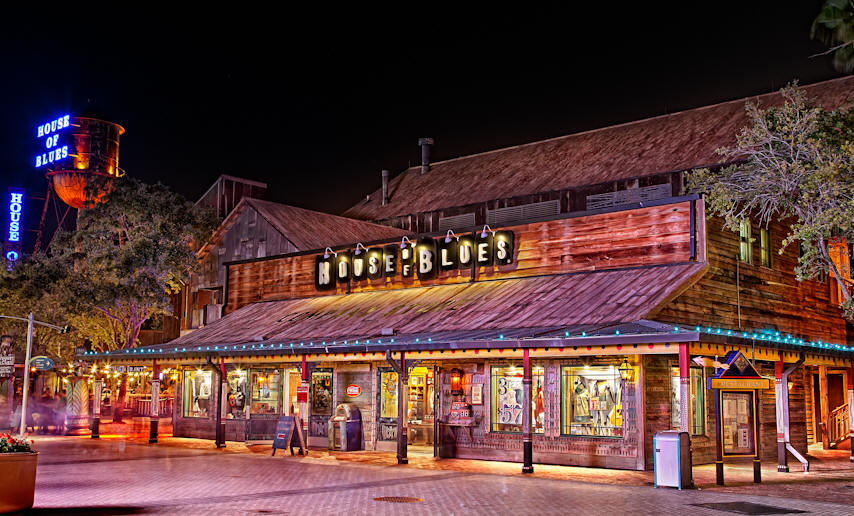 Escape the Fate and Falling on Reserve put their conflictuous past aside to create an inspiring concert.

I wouldn’t expect most of you to know this, but recently on Sunday, January 26, the post-hardcore/hard rock bands Escape the Fate and Falling in Reverse came to the Orlando House of Blues in their Bury the Hatchet tour. “What’s the big deal?” most of you think, not caring about just another set of bands who scream frequently, wear tattoos, and dress in black. It’s okay if you’re not a fan, but these two bands have something really remarkable to share with us college students: a lesson in forgiving old grudges and moving on in life.

It all began with Ronnie Radke, an impoverished guitarist with a dream. He largely ignored high school and ditched home to form several different bands in his youth, eager to experiment with music and his friends. In 2004, he founded Escape the Fate as the lead vocalist, collaborating with drummer Robert Ortiz, rhythm guitarist Omar Espinosa, and keyboardist Carson Allen. Everything was going well for the band: they released an EP with five songs in May 2006, and their first full length album, which reached number twelve on the “US Top Heatseekers” chart, was released in October of the same year. Fans roared to songs “The Webs We Weave,” “There’s No Sympathy for the Dead,” and “The Day I Left the Womb.” Everything was happy in band-ville – until Radke became involved in an altercation that ended in an 18-year-old being fatally shot. Although not the wielder of the gun, Radke, who had a vast history of drug possession, was charged with battery, missed his parole meetings, and then was arrested and sent to prison for two years in 2008.

Bassist of the band and Radke’s former best friend, Max Green, took charge, irritated with the limitations that Radke’s arrest had put on the band – they couldn’t even tour out of the state of Nevada. Ronnie was formally kicked out. Green called up Blessthefall’s previous singer, Craig Mabbitt, to replace Radke, and Escape the Fate went on thriving, maturing their metalcore sound. Needless to say, Radke was furious. Leaving prison in December of 2010, he picked up bassist Nason Schoeffler and the two of them formed a new band called Falling in Reverse. Their whole first album, The Drug in Me is You, is almost entirely Ronnie lashing out towards his former colleagues. Vindictive lyrics include: “No way not now, I won’t back down. I draw the line at you and me. You’re what I started, now disregarded. One day they’ll see, it was always me”; “That’s why they call me king of the music scene”; “You will pay the price for betraying me”; and “Friends. Who the f– needs them? You know who you are!” Interestingly enough, Escape the Fate’s first album without Radke is entitled “This War is Ours,” which could easily be an allusion to their feud with their formerly incarcerated ex-lead singer.

This brings us to the Bury the Hatchet tour. Personally, I was both shocked and elated when Alternative Press released the video announcement last October. After half a decade, I would finally be able to hear Ronnie sing Escape the Fate’s original songs again. In a Macomb Daily Music article, Radke is quoted saying: “I just woke up one day and thought what better, (more) therapeutic way to forgive somebody and get over something than to tour with them? So I made the call, and they agreed and jumped on board.” I planned to buy tickets almost immediately.

The show itself was phenomenal. The line to enter the venue wrapped all the way around the House of Blues, trailed down the side, and kept on winding. As my boyfriend and I took our spots he whispered to me, “Yo, I don’t even think the line was this long for Skrillex.” Shaking with cold from the rain and also anticipation, the trek began. Inside was equally as packed, but we were fully prepared to be sardined. The opening band Survive This! warmed everybody up. Neon lights cascaded across the room. The changing of equipment between acts was short. The crowd cheered, and Escape the Fate was up. They played a majority of older songs, readying their audience for a wave of nostalgia. A huge banner was hung across the ceiling, proclaiming their name. The crowd began to mosh incessantly, ending in the infamous wall of death, where each side parts as much as they can, only to ram back into each other.

The next pause was endless. The venue crew blocked our view of the stage with a giant white drop-down projection screen. The lights dimmed. A camera rolled. Unbelievably so, Full House’s “Everywhere You Look” began to play as we saw a video of the band’s extremely punk members reincarnate the old family television’s introduction. Laughing hysterically, we all gave our best applause when the screen rose, screaming our affections. The band logo hung from the rafters, and a sizeable electronic screen was center stage, where it would display related images as well the titles of the songs being played. Very cool. Radke had a very large stage presence, commanding everyone’s attention and praise. Jesting, he opened up with the words: “I never thought that I would hear myself say this, but give it up for Falling– just kidding! Give it up for Escape the Fate!”

He sung, rapped, and screamed his heart out on that stage. The hundreds of bodies went crazy over “I’m not a Vampire,” “Fashionably Late,” and “Bad Girls Club.” Falling in Reverse’s set list included at least thirteen different pieces, and each member’s effort could be seen in the sweat that glistened on their faces and arms. At least four different girls threw their bras onto the stage, and Ronnie, being a good sport, donned one as a hat, hanging the others from various microphone stands.

It was a sad moment when he walked off, leaving us in darkness, but it wasn’t for long. Radke and Mabbitt ran back out onto the stage with all of their band mates, together. They exploded into “Not Good Enough For Truth in Cliché,” and, as the cliché goes, the crowd went wild. Teenage girls around me cried with happiness. Several people hopped up and surfed the crowd, including a group of boys dressed in banana costumes.

It was a lovely and inspiring time. In a world where we treat everything and everyone as disposable, it is a pretty grand miracle when we can forgive our grievances and join together again. The next time you find yourself writing down nasty things about a former friend, consider burying the hatchet. Chances are you might not regret it.