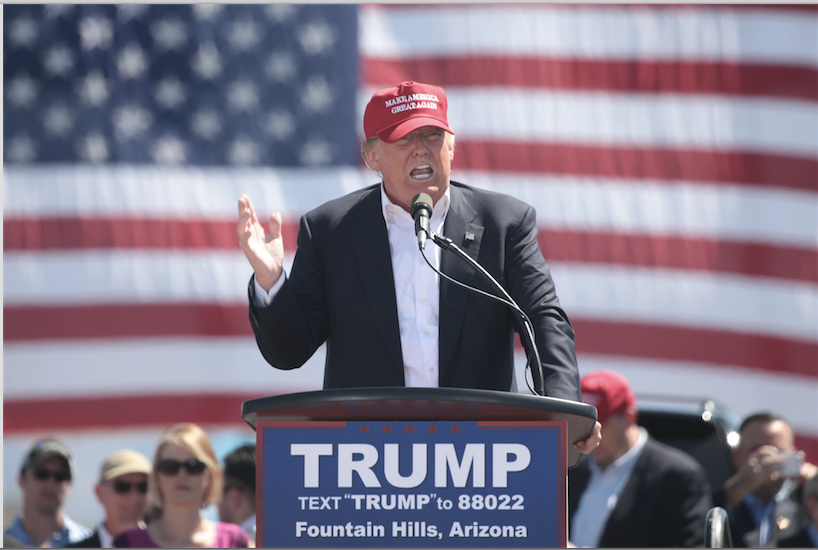 What could Trump’s decision about DACA mean for America?

Deferred Action for Childhood Arrivals (DACA) is an American Immigration Policy that was implemented by the Obama administration. Recently, it has been making headlines due to President Trump’s decision to end DACA. This decision has been noted as a deeply unpopular move with the American people, leaving many people question Trump’s route for our nation.

It is estimated that about 800,000 individuals will be affected by this policy change. So, what does this mean? Where is Trump heading with this and what should we, the people, think about it? As a child of immigrant parents, it is easy for me to understand how these individuals feel. Often times, immigrants or undocumented individuals live their lives in fear of deportation. Imagine growing up in a country, imagine loving a country immensely, and imagine someone out of nowhere saying that you must leave. You must leave everything you built, you must leave the country you have called home for multiple years, and you must take your bags and start from scratch somewhere else. It is a tough situation to be in.

Ending a program like DACA has the severity of splitting families apart and leaving children stranded. The repercussions to Trump’s actions are clear, though he claims that this change will be beneficial in the long run.

But many also claim that these “Dreamers” are more American than Americans themselves. They are hard working individuals who have lived their lives in fear of deportation and in fear of losing the many opportunities and privileges that American citizens often take for granted. They started from nothing and built their lives with the dirt from their own hands and the sweat from their own faces, and that alone is commendable. That alone is what makes America America. So why should we take away such a significant chunk of our population, one that is hardworking and impressive? Will this hinder our country as a whole? I believe that America is a country whose foundations were built on immigrants and immigrant work. If it were not for the immigrants who arrived to this country, there most definitely would not be the New York, Los Angeles, and Miami we love today. I think the government should take this into consideration and reevaluate their decision.

At the end of the day, it is important to realize that these immigrants and these deferred individuals are in fact real people, not numbers. Therefore, as a nation and as true Americans, we must realize that putting the fate of these hardworking individuals in the hands of Congress can be extremely detrimental. It is up to us, as citizens and as lovers of humanity, to express our opinions and provide a helping hand to those who rightfully deserve it. As one of the most developed countries in the world, this should be our moral duty.