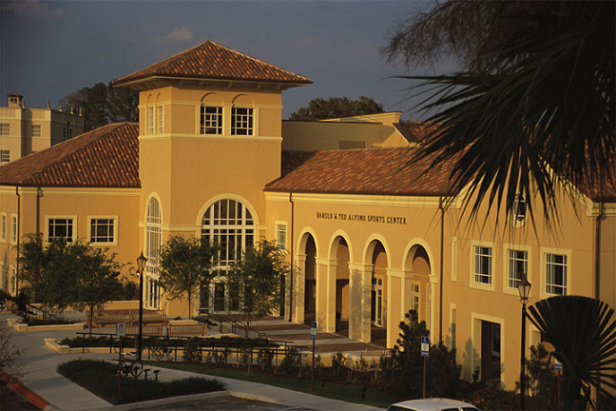 I’ve got my cute Lulu Lemon shorts, Nike sports bra, neon saucony’s and a brain frazzled from a Marine Biology test and two ten page papers. I am on college girl overload; I need the gym and I need it now! After a quick jog over to the Alfond Sports Center, I whip open the double doors and power walk down the ramp only to be greeted by a cold metal barricade and a sign that proclaims “Hours 7-10.” I internally scream, and my inner workoutaholic hangs her head in disappointment. 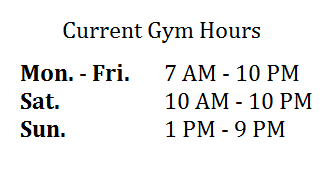 How many times have you been frustrated by the everyday Rollins grind: the pressure to maintain good grades, keeping up with your social life, but, even more so, maintain that rockin’ bod? With such a tight schedule, oftentimes going to the gym at early times or super late hours is the only way to do it. How can you though when the gym sometimes closes at 9:30PM on a weeknight and opens at 1PM on Sunday? There are 24-hour gyms everywhere for a reason. The gym is supposed to be for all hours of the day, so why doesn’t this ring true for Rollins College?

People can go to the Grill at 1:45 at night to grab a late night cookie, yet the gym closes almost four hours before that time. That’s great for late-night snackers, but what about the athletes and endorphin junkies here?

Sure, going to the Grill and getting late night junk food is always appealing, but there isn’t an open gym to burn it off at midnight? The awkward gym times are a highly debated topic at Rollins ,and many students are up in arms about the topic. Ward resident Adam Brown ‘17, says, “Why does the gym open at one on Sundays? Some of us want to wake up and work out!” Gym regular Dan Mazur , ‘15, says, “I wish it was open later, but I’m so used to it now… especially because I don’t want Oscar to work any more hours then he has to.” Oscar is the super nice guy that oversees the gym at night.

Some can’t stand the gym hours, but as you get used to them, it becomes bearable. Oscar who works at the front knows all of the late-night gym goers by name; it’s hard to ask such a sweet and personable guy to stay any later then ten on his weeknight! I suppose it could be worse. The gym may close at ten and open at one on Sundays, but do most gyms have people like Oscar to ask how’re you doing as you walk through the door? Rollins’ size might give the school some drawbacks, like early closing hours, but part of the charm is walking in the gym late, having people know you by name, and that cozy and friendly atmosphere that makes the school so great. So we have awkward gym hours? So what! If you need an endorphin kick, lace up your Nikes and go for a jog. It might be sketchy to run at midnight, but hey, the suspense will make you go faster.