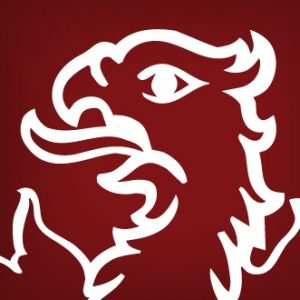 When the freshman class of the University of Chicago received the traditional letter welcoming them to school, it contained a message which surprised all. In their letter, the University welcomed the students and emphasized their openness to freedom of inquiry and expression. This mission statement was followed swiftly by a paragraph which directly opposed ‘trigger warnings’ and intellectual ‘safe spaces.’

Those in favor of the letter argued that the University was stating its stance against coercion by political correctness in order to better facilitate the free exchange of ideas—setting demands from “special snowflakes” aside.

However, those opposed to the letter pointed out the University’s seeming indifference to the emotional well-being of students who have been sexually assaulted or victims of hate crimes. Additionally, the school’s stance has been viewed as apathetic for certain ethnic groups and the LGBTQ+ community. In fact, Eric Holmberg, the student body president, pointed out that the University doesn’t seem to understand the point of trigger warnings and safe spaces.

It is indeed likely, if not probable, that the faculty felt it incredibly necessary to swim against the current trend on college campuses so that they may maintain their highly held position of academic liberty and freedom of inquiry. Spokesman for the University, Jeremy Manier, stated that this indeed was the case and that any supposed ulterior motives are misconceptions. Manier also pointed out that the University did not expressly prohibit the use of trigger warnings. A professor may use them at their own discretion but the college will not officially enforce them.

The University faculty felt that their historic stance on the open exchange of ideas was in jeopardy. In response to this, a committee was formed with the intent of preserving their almost radical position on openness and released a statement detailing their concern towards and stance on the school’s decision.

We felt it pertinent to reach out to our own administration and ask President Cornwell to share his opinion on the matter.

What are your thoughts on the letter produced by the University of Chicago?

I spent seven years in graduate school pursuing my Ph.D. at the University of Chicago so I can well imagine the cultural context for the dean’s letter and have been following alumni engagement with it.  The letter is seven paragraphs long and I think six of those paragraphs are on the mark.  The one paragraph where the Dean stakes his position on trigger warnings and safe spaces is, I believe, quite far off the mark.  It takes a strident and simplistic stance on a matter that deserves much greater nuance and subtlety.

In what instances, if any, would you find it acceptable to instill trigger warnings in an academic setting?

These are matters where particularity of context are highly important.  I think the wisest course is to defer to the judgment of professors to know and assess the context and purpose of their assignments.  Sometimes we will err; most times, professors are profoundly and professionally thoughtful about their choices and pedagogy.

The University of Chicago’s stance against trigger warnings and safe spaces is meant to facilitate the exchange of ideas and cause debate, despite discomfort. Do you think their position is necessary to allow the aforementioned academic discussion?

The Dean’s statement reads like a pronouncement of policy.  My mind is not settled on this matter, but I don’t see this as a place for administrative policy.

In your fourteen years of administrative positions, and in your sixteen years in St. Lawrence’s Philosophy Department, has it ever seemed necessary to integrate trigger warnings into your lectures, speeches, or other activities? If so, can you elaborate with a specific example?

I would say that I go about it differently.  Parts of my corpus of teaching include courses exploring texts, arguments, and themes in critical race theory.  Treating this material responsibly entails being explicitly aware of the positionality of myself as the professor, of the students in the class, and of the authors and subjects of the texts.  Done well, the engagement goes far deeper than trigger warnings, and leads with respect for the material and all those studying it.

Do you believe it will ever be necessary in your tenure at Rollins College to take a similar stance as that of the University of Chicago?

As I said above, I do not see this as a matter to be engaged by administrative policy.  I can imagine being called upon to offer my views as part of a campus dialogue, as I am doing here, but I am disinclined towards declarations of the kind found in the Chicago Dean’s letter.

Whether you support or oppose the university for its intended defense of academic freedom, it can be said that the university’s brazen statement has certainly challenged the accepted norms of college practice in the United States.