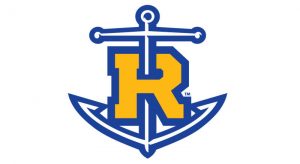 A few days ago, the women’s volleyball team headed to Alaska for a four-game trip under a new head coach, Mika Robinson.

A trial run, these games will test how the team stands just before their first conference game on the September 16. For senior players like Katlyn Sawyer, prospects look promising with the team. She is sad that this will be her last year playing, but knows that the team is ready to capture victories that will carry them into a solid position for the hope of a NCAA championship.

Robinson, a graduate from Harvard, joins Rollins after spending eight seasons as head volleyball coach at Berry College in Georgia, where she combined a career record of 169-88 with three conference championships and a pair of NCAA tournament victories. For her remarkable efforts she was named the Sunshine State Athletic Conference’s (SSAC) Coach of the Year.

Robinson also served as Associate Head Coach at Idaho State University, helping lead the Bengals to their third consecutive appearance in the Big Sky Conference Tournament. She went on to earn a Master of Physical Education with an emphasis in Athletic Administration from ISU in 2006.

According to returning athletes, Robinson brings a vastly different coaching style. Her approach to coaching differs from the previous coaches in that she is both kind-hearted and very experienced in volleyball. The coach emphasizes that being an athlete here at Rollins is more than just winning games—it is also crucial to be an effective student and citizen off the court.

“We are improving really quickly with our new coach which is very beneficial. I also feel it’s more about the heart and the desire to win with Mika, but with our previous coach it was more technical and all about winning. I definitely think we have potential to be great. We are said to be the underdogs but we’re going to surprise everyone” said Bri Civiero ‘18.

Robinson reported that the transition to Rollins was very smooth. The returning athletes have a well-formed bond and were very open to the arrival of a new coach. As far as scores are concerned, Robinson is definitely looking forward to fighting for a spot in the championships, but also at pushing students toward success in all aspects. With the practices going well and the team coming together nicely, Robinson said that although we come in 8th place within the conference, she doesn’t see the team as an underdog. According to her, the cohesion of this team has been impressive enough to suggest that these women will go all the way.

According to Jaime Becker ‘20, “It was a good change and she’s like my second mom. We practice hard as a team and everyone wants to be here. The whole team is really, really happy and I know we are definitely going to win our first game.”

The first home game is September 14 at 7 p.m. in the Alfond Sports Center. Make sure to be there and show your support!