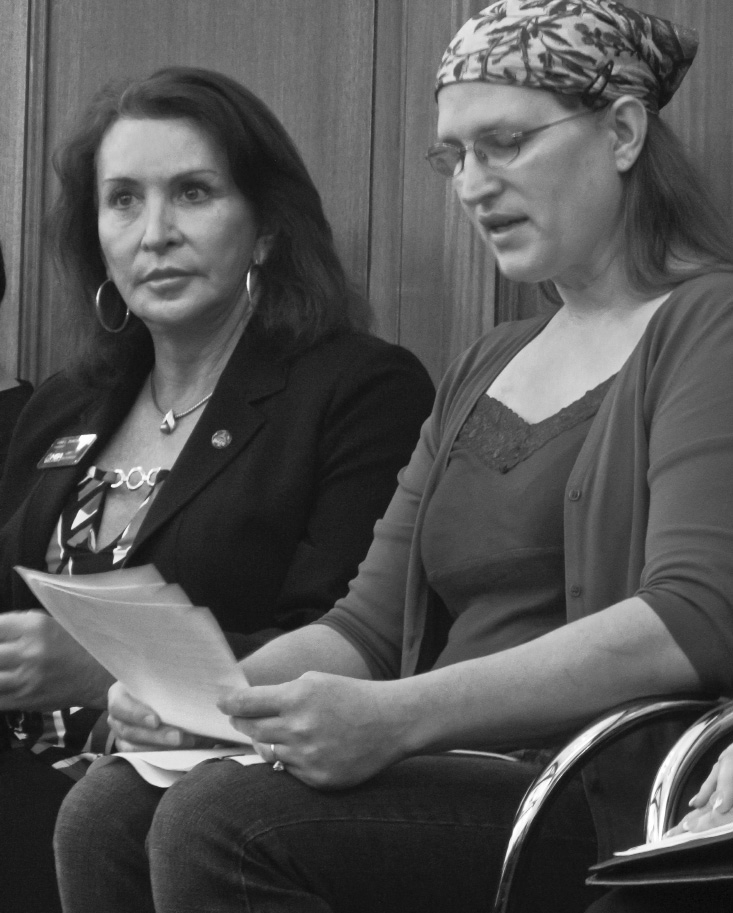 What Does the “T” in LGBT Mean?

On Nov. 15, Shayla Alamino ’12 hosted her first Diversity Dialogue, “The T in LGBT,” with the support of Pinehurst Cottage and the Office of Multicultural Affairs. This dialogue dealt with the transgender community and the specific issues it faces.

Transgender is an umbrella term for people whose gender identity, gender expression, or behavior does not adhere to that typically associated with their biological sex. Gender identity refers to a person’s internal sense of being male, female, or something else; gender expression refers to the way a person communicates gender identity to others through behavior, clothing, hairstyles, voice, or body characteristics. Often the abbreviation “trans” is used to describe a transgender person.

While transgender is the generally accepted term used in these situations, not everyone whose appearance or behavior is gender-nonconforming will identify as a transgender person. The ways that transgender people are talked about in popular culture, academia and science are constantly changing, particularly as individuals undergo a growing awareness, knowledge and openness about transgender people and their experiences.
Dean of the Faculty Dr. Jennifer Cavenaugh, who opened this Diversity Dialogue, mentioned that “binary gender roles do not do a good enough job explaining who we are, and the roles that dominate society today are the ones reinforced everywhere — by what Happy Meal toy you receive, which movies you watch, and which fairy tales you’re told.”

The panel discussion began with the question, “What has been your journey as a trans person?” Gina, a trans woman, relayed her story from childhood. As a teenager, she was the captain of the football team and prom king, taking stereotypical male roles, but the need to be feminine grew as she got older. She said, “It was either kill myself or transition into a female.” Another panelist, Davina, stated that before she made the change, she would “use computers to escape reality,” keeping the woman she was on the inside separate from the man she was on the outside. “The identity was already there—it was just my body I needed to change,” she said.

This Diversity Dialogue was meant to unearth the reasons why “T” is the invisible letter in the LGBT community. The panelists were in unanimous agreement in the belief that the “T” should be separated from the LGBT “alphabet soup” entirely.

Amelia, a trans woman on the panel, explained, “Gay, lesbian, and bisexuality are all things that are contingent on sexual orientation. Being trans isn’t; being trans is a body and mind thing.” In addition, many of the panelists agreed that being trans is a medical condition in that there is something wrong with their physical bodies, which in turn causes trauma to their minds.

It was mentioned that some of the hardest things about being a trans person are feelings of isolation, being honest and accepting with oneself, and having the financial means to be able to make the transition. The understanding of the “T” in LGBT is something society has neglected for so long, and is something the sponsors, and panelists of this diversity dialogue are working to combat. As Cavenaugh put it, “We only begin to understand the wonderful confusion of the reality of gender when we start to examine the social construct of gender itself.”