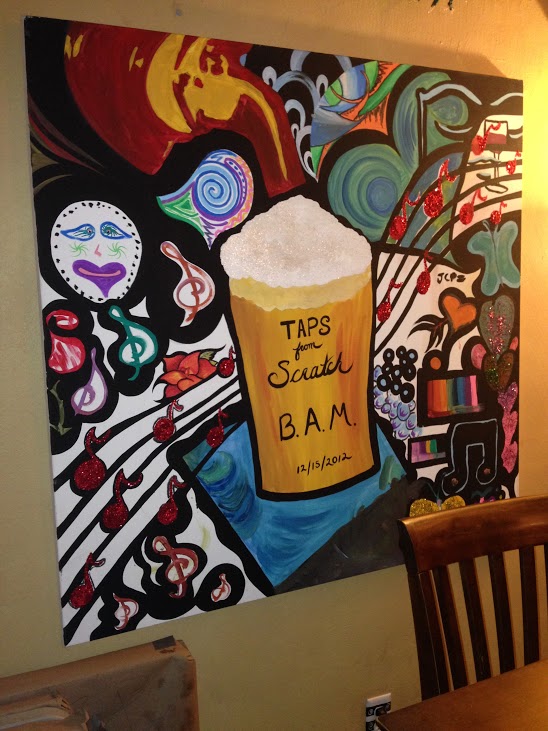 Originally called Taps For Scratch, the Winter Park Brewing Company is in full swing offering an array of in house crafted beers, delicious food and plenty of fun activities like poker and jazz night.

Almost by accident, I happened to stop in at Winter Park Brewing Company with a friend of mine on Tuesday night. It’s right across the street from Stardust and down the road from Redlight Redlight. Lucky for us, David, who brews all of the beer they make in house, also bartends on Tuesday’s. He was kind enough to tell us all about Winter Park Brewing Company so that I could share it with all of you fine Rollins folks.

Winter Park Brewing Company opened up their taps about two years ago originally under the name of Taps For Scratch…barely five months ago they changed things up and renamed themselves the Winter Park Brewing Company. The space is half bar and half art The Elephant Art Gallery, which has some pretty great looking pieces in it from what I saw. WPBC brews seven full time beers as well as one or two at a time that are seasonal. You can try a flight of four of their beers for a cool ten spot. In addition to the ones the make themselves, WPBC brings in ten to fifteen other beers in cans and bottles. If beer isn’t your jam they’ve also got wine: a cabernet sauvignon, a chardonnay, a pinot grigio, and a pinot noir.

In addition to beverages, many activities go on here:

Poker on Mondays-starts at 7 PM, it’s free to play and the winner of each round gets a free drink of their choice.

Live jazz band every other Tuesday– Need I say more?

Paint Night on Thursday-Aptly named “Pints and Paints” taught by Cari the curator of The Elephant Art Gallery. For around twenty dollars you can paint and take the canvas home with you-or you can paint a ceiling tile that stays there for everyone to see!

Trivia on Fridays-Starts at 8 PM, hosted by Curtis Earth. He is quite possibly the best trivia host in all of the Greater Orlando area.

Whenever you happen by Winter Park Brewing Company, rest assured that there will be free pool as well as a plethora of board games that you can play while you sip your refreshing beverage. In addition to their regular weekly activities, WPBC has several special events coming up. On September 27th: In conjunction with the release of a new seasonal beer (sweet potato pumpkin) WPBC is doing a canned food and clothing drive called Hops for Hope. From 11 AM till 2AM you can get a free beer by bringing in 5 cans of food, 5 items of clothing, or five dollars.

If all of this isn’t enough to get Tars to head over to WPBC then maybe one of their signature brews will sway you. One of the seven beers they have had on tap since day one is called THE ROLLINS RYE! (It’s a rye American pale ale)

Hungry? They currently offer the bar menu from O’Stromboli’s, but by November WPBC plans to serve their own food every night from 10 PM till 2 AM…it’s rumored this food menu might include sushi!

Winter Park Brewing Company is a really nifty space. You will almost certainly feel good vibes when you walk in. Above the bar hangs a “Words of Affirmation Dollar Chandelier.” This “chandelier” started off as just clothespins with positive words on each one, but when a customer wanted to hang a ten dollar bill from his pin, a trend was born. Now there are countless dollars on each clothes pin, each with a unique design. Anyone is welcome to add their own. There are several semi-private rooms to drink and play games in, the back room is filled with games and even a toy castle complete with dragon and knight action figures. Did I mention they have beer?