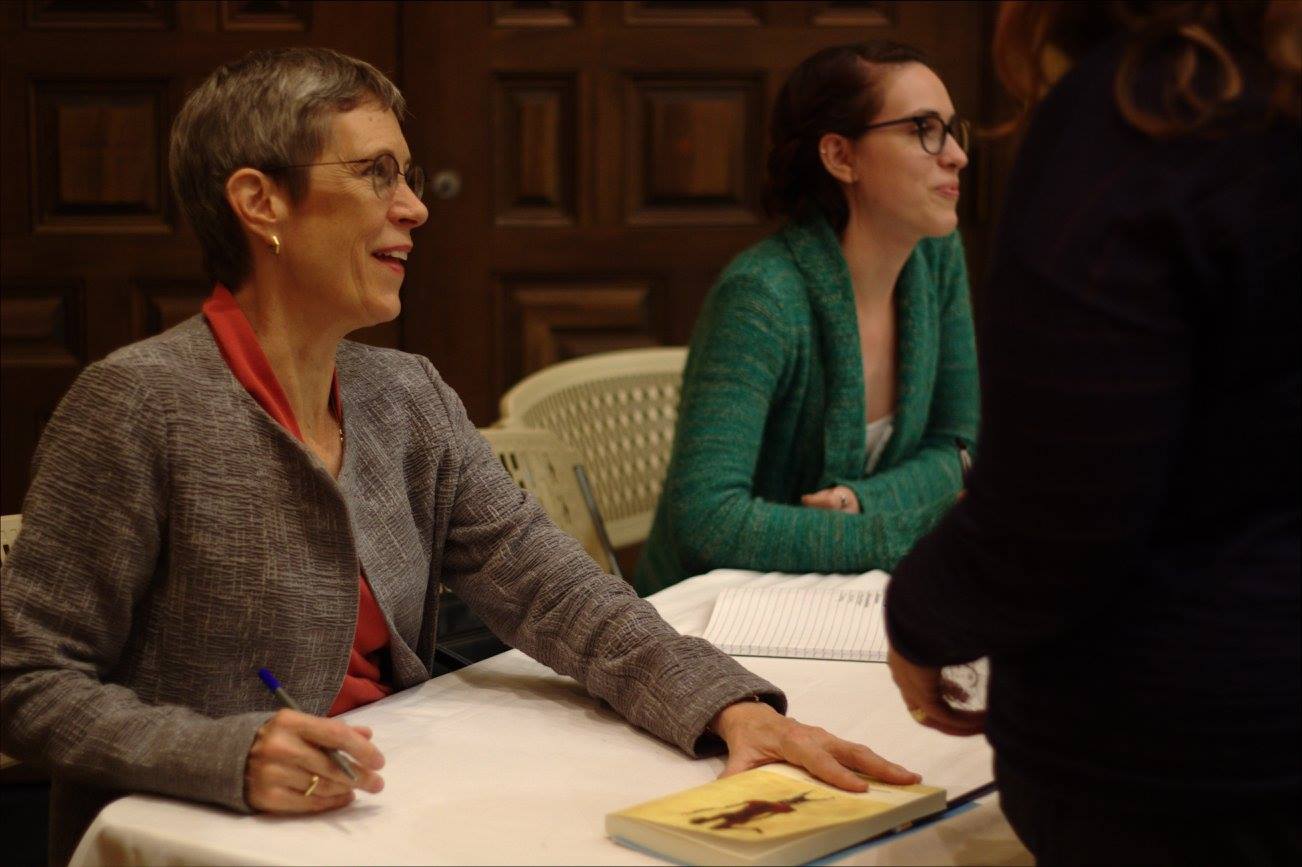 Winter With the Writers: Chase Twichell 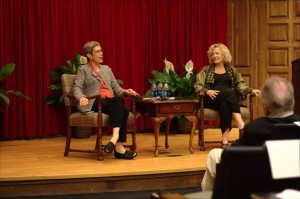 Renowned poet Chase Twichell was the third guest to visit Rollins College for the 89th annual Winter With The Writers Festival this month. Twichell is a poet originally hailing from New Haven, Connecticut with many awards and published works including early works such as Northern Spy (1981), The Odds (1986), Perdido (1991), The Ghost of Eden (1995), and The Snow Watcher (1998); more recently, collections such as Dog Language (2005), and Horses Where the Answers Should Have Been: New and Selected Poems (2010) have also garnered attention. Twichell, an embodiment of poetic liberation, worked hands-on with the interns of the festival through an open masterclass, a reading of her works, and even a contribution her experience as a professor with other Rollins students who were enrolled in her three-day course.

Students in Twichell’s poetry class described the experience as no less than extraordinary. Twichell incorporated ideas and methods that have been utilized both in her works and to help open the minds of her students to trying new things in their writing. A practicing Zen Buddhist, the presence of a strengthened sense of spirituality is reflected in Twichell’s works. Her poems reflect a robust potency of self-reflection, observation, and vivid attunement to the world around us. This was something that transferred from her poetry and personal life both into her teachings and interaction with students beyond the classroom; when Twichell and I spoke of what was to come of my future, she applauded me on my anticipated process of self-reflection and betterment alongside getting to know myself again. With vivid understanding, she transposed the conversations that are so lucid in her work into academia and casual walks. Twichell holds this beautiful, ethereal air around her that easily enthralls you, and speaking to her comes with such an ease that any shred of nervousness vanishes instantly.

The characters in her works are intellectual while simultaneously balanced with the realness of the “everyday person” through their relatability and refreshing continuity that can fit into our own lives. Her poems are diverse and reflect what many find to be both contrapuntal and regenerated elements of poetry in regards to flow and movement. In the masterclass, students’ poems were posted and, under the guidance of Twichell, workshopped as a collective amongst their peers and Twichell in front of a silently involved audience. Those present, whether poet, intern, or community member, were able to share in an experience that allowed one to absorb as much knowledge as they could. She broke from the “norm” of workshops, acknowledging that the submissions were new pieces of writing that the group would begin to help the writer find direction for. Direction referred to anything from further answering a question that was already there, to diving into the psychology of the poem. 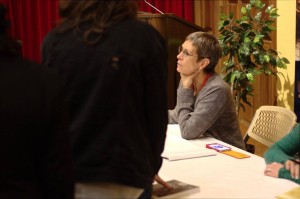 Twichell’s reading, as with her teaching methods, was delightful and edged with grace. The audience found themselves both humored and enamored by the context of her work both present and soon to come. It’s only so often an individual or a community is able to engage intimately with such great writers and poets. Always grateful for the opportunity, in partnership with the National Book Foundation, WWW welcomes National Book Award writers Ross Gay (poet) and Sy Montgomery (scriptwriter). Thursday, Feb. 25 marks the last night in a fantastic season of writers. The masterclass for Montgomery will take place at 2pm in the Suntrust Auditorium followed by at a masterclass with Gay at 4pm, also in Suntrust. Commencing in Tiedtke Hall at 7:30 will be readings by the authors and a book signing. For more information regarding the writers or any events both on- and off-campus, information is available at the Winter With the Writers page on the Rollins website. Write on!