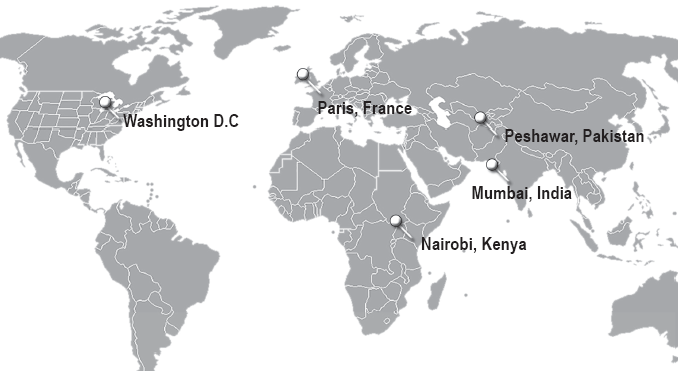 Washington D.C. – On Friday, September 27, 2013, President Obama met with reporters in the White House debriefing room to announce that he had made direct contact, via telephone, with the president of Iran, Hassan Rouhani. This is the first time a President of the United States has talked to an Iranian leader since 1979. The discussion was mainly about Iran’s nuclear program and potential compromises both countries could make in order to avoid future strife between both nations. Mr. Obama said,

“Resolving this issue, obviously, could also serve as a major step forward in a new relationship between the United States and the Islamic Republic of Iran, one based on mutual interest and mutual respect.”

Barack Obama also requested that Secretary of State John Kerry meet with the Iranian foreign minister to continue these peaceful discussions. Relations between Iran and the United States has been fraught with mutual distrust, but hopefully this new spark in interest of diplomatic relations might bid a happy future in U.S’ relationship with Iran.

Nairobi Kenya – On September 21 masked gu men ambushed an upscale shopping mall in Kenya and killed at least 39 people and wounded 150 others in an attack that is one of the most serious terrorist attack that has happened in Africa since 1998. The perpetrators were from the neighboring country of Somalia, and they held hostages until dawn the following day. The Shabab, an Islamist militant group from Somalia, claimed responsibility for this act, but not for religious or racial reasons. They claimed that is was the first in a series of revenge attacks on Kenya since the Kenyan military entered Somalia in an atempt to push Shabab militants back into the country and away from their borders. President Uhuru Kenyatta of Kenya said that the terrorists were cowards and that the country would continue to be “as brave and invincible as the lions on our coat of arms.”

Peshawar, Pakistan – A bomb that was attached to a bus headed north in Peshawar detonated and killed 17 individuals, most of them Pakistani government officials, and wounded 39 others. Most of the people who were killed were seated on the back of the bus or on top of it because it was filled to maximum capacity. A group somewhat affiliated with the Taliban claimed responsibility for the attack and said that it was retribution for the U.S. drone strikes in a tribal area nearby. This attack was the second in Pakistan within the last week. The first of which was the suicide bombing of a Christian church that led to Christians protesting all throughout Pakistan. Peace talks between Pakistan and the Taliban have been advocated by many government officials, but many say they will not happen until the Taliban lays down their weapons.

Mumbai, India – A residential building located in Mumbai collapsed this past Friday and so far eleven have been declared dead. Mumbai is a bustling city, but has very poor building safety standards and a degenerating infrastructure. The collapse happened early Friday morning and it was reported that most of the 100 residents were still home when the tragedy struck. Babu Gupta, an engineer who lives next door, said the building had about 24 occupied one-room apartments, each with four to eight residents; showing the dangerous overcrowding in many buildings in Mumbai. A few of the residents managed to escape with injuries, but many are still being searched for by police and firefighters.

Paris, France – On September 26 a panel gathered to hear the appeal of ex-President Charles G. Taylor of Liberia who was sentenced last year to fifty years of imprisonment due to his carrying out of war crimes in the civil war that occurred in the 1990s. The judge claimed that the president’s sentencing was “fair and reasonable” and his appeal was rejected. President Charles was found guilty in April of 2012 of all accounts of war crimes and crimes against humanity. He aided the deadly rebels that resided in Sierra Leone. He was accused of carrying out atrocities such as rape, murder, the training of child soldiers, and the illegal mining of diamonds to fund the countries supply of weapons. During his appeals hearing Mr. Taylor said he had heard of the brutalities, but would have never permitted them. However, the presiding judge, who was from Sierra Leon said that the former president was fully aware.