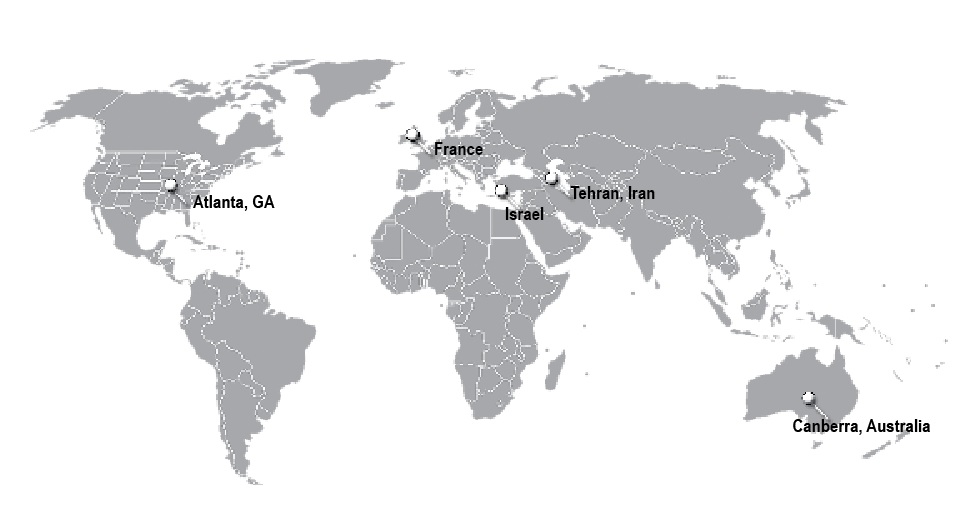 France – Increasing “hyper-sexualization” of young women worries French officials, moving France to ban beauty contests for anyone under the age of sixteen. Though not yet a law, the effort is moving through French parliament which recently passed a gender equality bill. Interestingly, French senator Virginie Klès, a sponsor of the same-gender equality bill, opposed the pageant ban, along with the French Women’s Rights minister Najat Vallaud-Belkacem. Counter-offers proposing the regulation of pageants have gained support.
The debate follows a recent controversy in the magazine French Vogue, when a ten year old girl, Thylane Loubry Blondeau, was photographed with two other girls posing in heavy makeup, jewelry, high-heeled shoes, tight clothes, and pouting provocatively. The conversation touches deeply held social beliefs and asks a culture known for its beauty to question what its society will support.

Atlanta, GA – A scientific discovery was made at Georgia’s Technical School of Electrical and Computer Engineering, where scientists discovered how to utilize “ambient” electromagnetic energy produced from the world’s electronic devices. The researchers started using a “wide-bandwidth” collection array to harvest energy from artificial electrical signals, making it possible to power small devices such as cell phones and remote controllers from the excess energy of larger devices, such as televisions.

“There is a large amount of electromagnetic energy all around us, but nobody has been able to tap into it [until now],” says Manos Tentzeris, a member of the discovering team. Though the technology is new, the film-like material that acts as the collection array can be printed from simple office printers, and could one day eliminate many of the smaller electricity costs consumers pay.

Canberra, Australia – There are a great deal of groundbreaking events occurring in Australia right now, all revolving around the controversial election of the new Prime Minister, Tony Abbott. A mere two days after the election, Abbott has taken the drastic and reactionary move of abolishing Australia’s Climate Commission. The Coalition Government also seeks to get rid of the Climate Change Authority, established in 2012 to provide advice to the government on carbon price and emissions reductions targets. These moves have brought a great shock to Australia and environmental groups around the world. Australia’s Green Party leader, Christine Milne, has branded the new prime minister a “climate criminal” and argued that, “in one swoop, [Abbott] has demonstrated his contempt for climate science and for the health and well-being of future generations”. These drastic decisions will shape Australia’s future and potentially change the course of global warming dialogue in the country for years to come.

Tehran, Iran – Iran’s president, Hassan Rouhani, is making a visit to the United States. Although this event in itself is notable and suggests a desire to repair the country’s relationship with the West, it was also accompanied by an unexpected surprise. On the eve of Rouhani’s visit, the Iranian authorities released eleven of Iran’s most prominent political prisoners. The Iranian president’s visit and the concurrent release of the prisoners is occurring during a tense period – one that is troubled by disputes with the West regarding nuclear programs and human rights policy. Iran has repeatedly denied that there are any political prisoners in the country, asserting that all prisoners were put on trial as necessary. Freeing the prisoners could potentially reduce criticisms regarding Iran’s human rights policies, and the action in general could significantly facilitate diplomacy between Iran and the United States.

Israel – In light of the recent escalating events in Syria, the award-winning TV show Homeland has pulled out of filming in Israel and moved filming to a more stable location in Morocco. The crisis in Syria has international tensions running high, but it has created especially shaky ground in the Middle East. Israeli fears of retribution from a potential United States military strike on Syria are mounting. Although the diplomatic track recently initiated by the United States and Russia has diminished many of the fears, the tension in the Middle East is still widespread. Homeland has faced controversy in the region in the past and even faced a potential lawsuit from Lebanon in October 2012, due to filming in one country and labeling it in the show as another, terrorist-affiliated neighbor.