X-Club advisor speaks out about suspension

It is well known by now to the Rollins community that, on February 21, all six Rollins fraternities were suspended in response to six separate reports that had been submitted to the Dean of Students on February 20. The traditional method of dealing with such reports would have been through individual hearings resulting in sanctions specifically designed for each violation. However, through a desire to ensure the safety and wellbeing of all of our students, the Dean determined a holistic strategy and has been engaging all the fraternities in a process of self-examination, education, and growth. 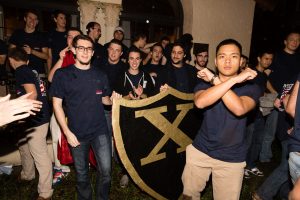 As the long-time faculty advisor of X-Club, I want to applaud the Dean’s choices and actions. The downside, as I see it, comes not from what she and her team are doing, but from the specific actions of some of the fraternities. Several of the violations involved dangerous and violent behavior. Students and property were injured, and the stories reached many news media. Unfortunately, this behavior colored perceptions of the other fraternities. What, I was asked, did X-Club do to merit suspension? The brothers faced similar questions from the alumni, their friends, and their parents.

Therefore, I want to make it quite clear, that after further investigation, the Dean of Students concluded that the X-Club fraternity did nothing wrong. A photograph had emerged on social media that the Dean was concerned represented hazing. Her subsequent research showed that the image was of a longstanding X-Club tradition that students could choose, voluntarily, to participate in. The brothers were completely cleared of all charges.

Nonetheless, X-Club holds itself to the highest standards and agreed to continue with the process as set in place by the IFC and the Dean. They will be participating in all the educational events scheduled for the fraternities this semester, and, indeed, suggested some of the events themselves.

I became the advisor for X-Club in 2013 because the brothers exemplified everything I value in a small liberal arts school. They have a great sense of community, a strong academic record, and a well-developed moral compass. The brothers study hard, always putting academics first. They also play, learning to achieve a work-life balance. However, they have not, in the last four years, done anything that has caused danger to person or property.