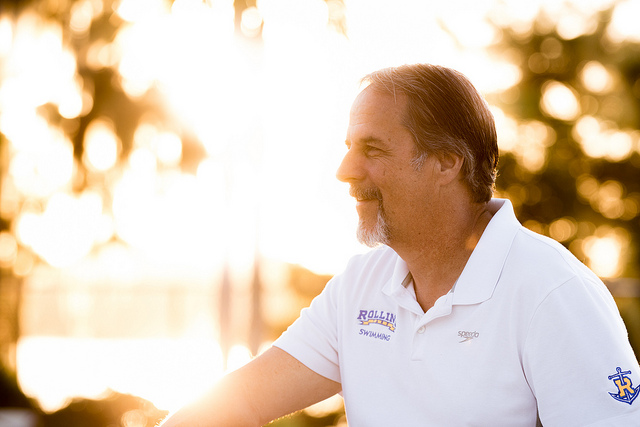 Your choice, your health

By Heather Borochaner on February 8, 2018

Rollins coach and Director of Health Education, Dr. Richard Morris, is thrilled to have published his health & wellness textbook, “Your Choice, Your Health.”

The textbook focuses on helping people make educated decisions about their health, instead of just telling students what’s bad and how to stop doing it like most health textbooks do.

During his health career, Morris became increasingly interested in the concept of the locus of control, the degree to which people feel they have control over their lives and health. He realized that while students were learning the same thing in every one of their health classes, like how smoking and drinking are bad for you, they weren’t being taught how to think critically about decisions for their health.

That’s when Morris decided to tailor his curriculum around this concept. Instead of just teaching students about risk factors, he began to teach them how to make their own educated decisions and train them in mindfulness. “This was very well received by my students,” said Morris. “I was invited to Oxford University in London to give a talk about my new curriculum.” After he gave his speech, Morris was approached by a publishing company to ask if he would write a textbook with this curriculum.

“They said they wanted me to write a book because there weren’t any the health of mindfulness,” Morris explained.

Unfortunately, the publishing company went bankrupt three years after he agreed to write them a book, just around the time when it was about three quarters of the way done. Morris was unable to claim his progress because it was the company’s book, not his. It took two years of legal action and for the company to get out of bankruptcy for him to claim it.

Fortunately for him, one of the editors who had been laid off during the bankruptcy had joined another publishing company named Kona. After approaching the company about the book, Kona wanted Morris to publish the work.

When students and others read the book, Morris hopes that they will realize how often they give away control. How people react to habits and to marketing without even giving a second thought to those knee-jerk reactions towards advertisements. “The more you live your life that way the more pressure you feel and the more you feel manipulated.” states Morris.

Morris hopes that students will be able to make more conscious decisions about whether they eat breakfast in the morning, or what they should prioritize when studying. Being able to make small decisions like that can be a great boost to one’s confidence and overall mental and physical health.

Dr. Morris has been teaching health at Rollins since 1990, and has formerly been a scuba instructor and head swimming coach until he retired from that position in 2016.

“I’m thrilled my textbook is out there and that it’s the only textbook out there that’s approaching health from a mindfulness perspective,” Morris says.