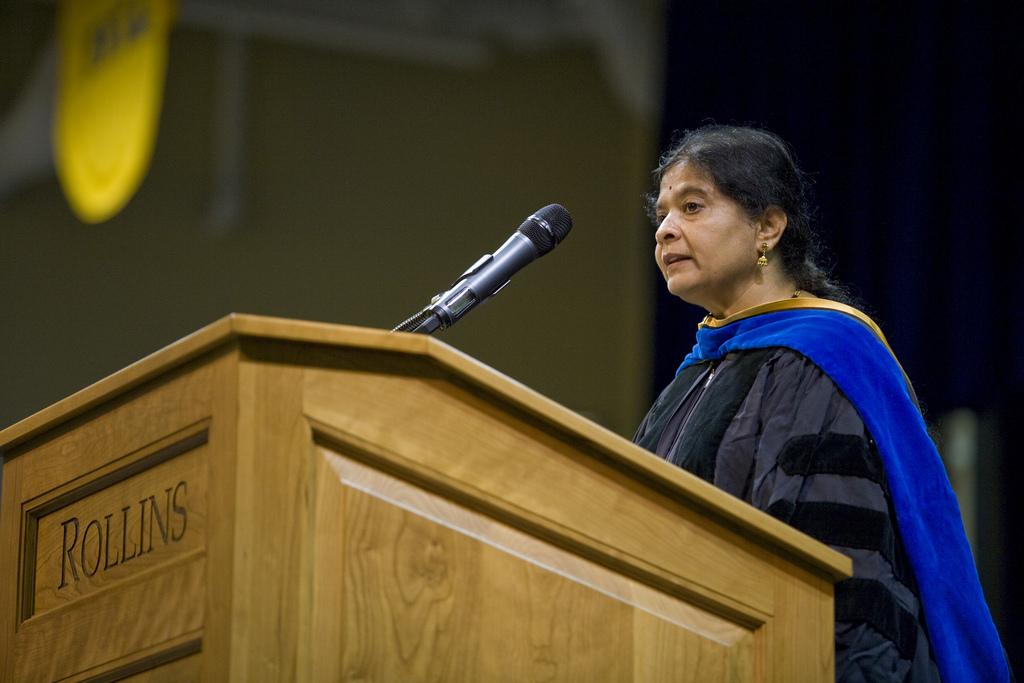 The Fulbright grants have rolled in and excitement swelled as two Rollins students made the cut this year. Rollins congratulates new Fulbright scholars Cameron Mullins ’16, and Kenther Ramos, a Rollins graduate. Mullins was accepted for an English Teaching Assistantship in Colombia; Ramos will enroll in a graduate program in human rights at York in the United Kingdom.

This competitive and prestigious merit-based scholarship allows recipients to study abroad in a way that suits their personal interests. By unanimous vote in 1946, Senator J. William Fulbright’s proposal for the Fulbright program passed and the first participants were on their way abroad by 1948. Fulbright’s goals for the program drew on his personal experiences as a grad student at Oxford, away from his native Missouri.

As stated in the Fulbright program’s history, “the Fulbright Scholarship Program sponsors U.S. and foreign participants for exchanges in all areas of endeavor, including the sciences, business, academe, public service, government, and the arts and continues to increase mutual understanding between the people of the United States and the people of other countries.”

Fulbright has had an unprecedented impact around the world. “There have been more than 250,000 Fulbright students, scholars and teachers; many of them have made significant contributions within their countries, including the U.S., as well as to the overall goal of advancing mutual understanding,” the program recognizes. Home to the program and students applying for Fulbright along with other scholarships, the Office of External and Competitive Scholarships, headed by Dr. Jayashree Shivamoggi, has produced Rollins Fulbright scholars for years.

Mullins recounted the extensive application process: the applicant must write two essays, one about their past experiences and/or what would make them a good Fulbright Scholars, and another in which they explicitly share what they would like to gain through the scholarship. The applicant must also submit three letters of recommendation. Fulbright allows students to apply again if not selected the first time; and Ramos stated that his second try was much easier and less stressful.

Ramos is the first Holt student to become a scholar and he is also a two-time applicant and graduate. The scholarship is not limited to undergrads; students can still apply up to five years after graduation and receive assistance from renowned Fulbright experts.

Both Mullins and Kenther are pursuing interests that are dear to them, including traveling abroad to cultivate their skills and passions. “While I would love to take all the credit for the scholarship because I am a massive narcissist, I had an absolutely amazing support system throughout the entire process,” said Mullins. “I had people like Dr. Jay who worked so hard on all of our applications, I had professors and advisers that wrote me awesome letters of recommendation, I had my parents to help proofread everything I did and offer ideas on what I could add, I had the people at career services to help me get ready for my interview, I had awesome friends who are currently on Fulbright exchanges that let me talk with them and learn about their experiences, and that doesn’t mention the friends around the world that have made all of my intercultural experiences so great that I want to continue getting out there and seeing what amazing cultures exist in the world. So, overall, my success in this process just means that there are plenty of amazing people in my life that helped me to accomplish it.”

Ramos said that it is a great pride to be accepted to the Fulbright program, both as the first Holt student and also as a representative of the minority community.