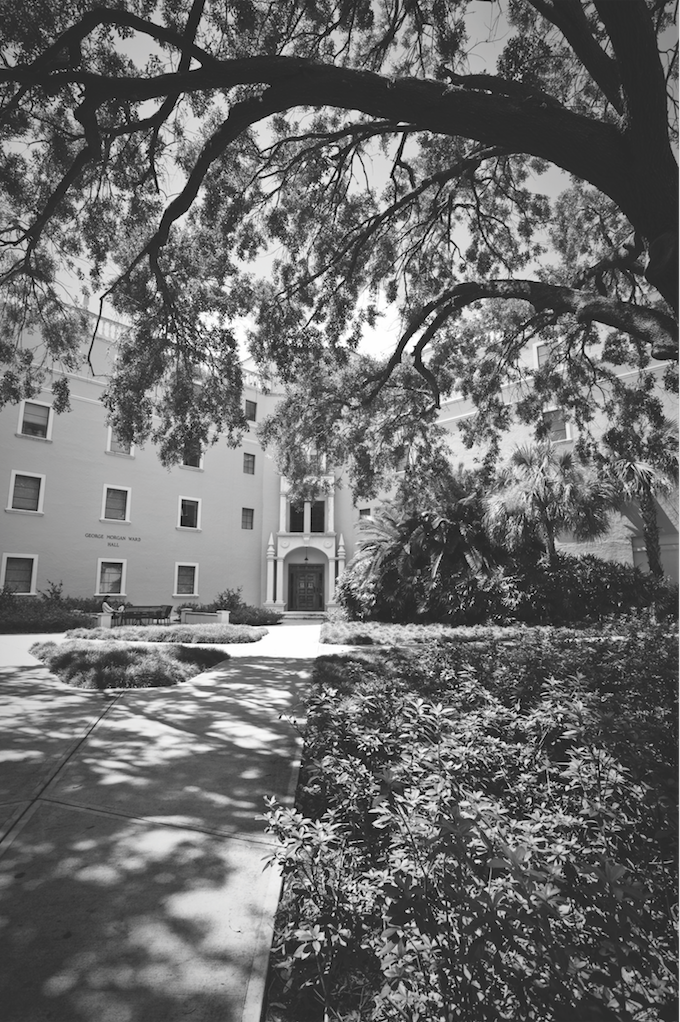 A Rollins student was arrested last week, charged with sexual battery and false imprisonment of another student in an incident that police said occurred at Ward Hall. It was the third sexual assault reported on campus this year, according to college officials.

Daniel Khair ’21 of Ward Hall was arrested September 26 on one count of sexual battery of a person 18-years or older, and one count of false imprisonment. He was booked through the Winter Park Police Department at 12:38 a.m. on September 27. As of this publication, he remained in the Orange County Jail, held on $150,000 bond.

Khair is charged with assaulting a student in a room at Ward Hall, a first-year residence hall, the evening of September 25. The alleged assault was reported to Rollins Campus Safety on September 26 and to the Winter Park Police Department. The police report states Khair allegedly told the victim he was under the influence of alcohol, cocaine, and marijuana earlier in the day. The police report also says Khair and the victim were friends and knew each other for at least one year.

Oriana Jimenez, Rollins’ Title IX coordinator since 2015, stated that two other sexual assault cases have been reported to her office this year. Jimenez only recalls two instances, including this one, where the survivor has involved Winter Park Police; however, this is the first instance in her experience where police forcibly removed and arrested the student from an on-campus dorm room.

This case was reported to the office of Campus Safety, which is required to send the report to the office of Title IX.  A student reporting a sexual assault is given three options to proceed.

“When a person is in that situation, they have had all their power, all their decision making, stripped away from them. So, what we try to do is provide them with as many options and choices as we can, so they can make whatever decision they feel most comfortable with.”

The first option is that the reporting party does not want to file an on-campus investigation or involve the police. They just want resources, such as mental health counseling, testing, or class and living accommodations to feel more comfortable.

The second option is that the reporting party wants to have a formal investigation done by the offices of Title IX, with the third option being involving police. The student has the freedom to choose one, two, or all three of these options.

Procedures used to handle sexual assault cases on college campuses have been called into question recently after U. S. Secretary of Education Betsy DeVos announced changes will be made to the government mandates on cases. However, Rollins personnel in Campus Safety and the offices of Title IX state that no changes will be made within this academic year.

Under DeVos’ changes, academic institutions will have the freedom to choose which evidentiary procedure they choose to follow when conducting investigations. They can use preponderance of evidence, which requires 51 percent certainty that a person violated the policy, or the clear and convincing standard, which requires 75 percent certainty. However, the procedure must be used across the board for all formal investigations on campus, whether that be for robbery, arson, or sexual assault.

However, the government has not officially declared when or exactly how the mandates will change. Rollins is currently on interim direction, which allows investigative offices to continue using current procedures, specifically preponderance of evidence.

Miller said, “Within the next 90 days, we will get a better idea as to what direction this is ultimately going in. From the college’s perspective, we are going to let the interim direction playout, if things need to be changed we will initiate them into the spring/summer.”

Although Rollins is a private institution, the college is treated the same as public institutions because Title IX is federally mandated. This means the laws apply to all schools that receive funding from the federal government, and Rollins falls under this category.

Jimenez is thankful the interim guidance does not require her office to make any immediate changes to their protocol. “I felt relieved when I read through and realized, okay this isn’t going to make us change anything. This gives us the option to look at the new guidance and say ok, we can do: ‘A,’ what we are doing now, or ‘B,’ choose a new protocol. ‘A’ already works, so why change it.”

She expressed concern for what changing to preponderance of the evidence may mean for sexual assault survivors going through with investigation and those who are considering coming forward.

“[Schools who choose the new standard] are going to make it harder for perpetrators to be found responsible under the policy violation. So, some survivors may not see the justice they deserve. This creates a chilling effect to reporting.”

However, regardless of the resources a sexual assault survivor chooses, Jimenez, as well as the rest of the staff in the Title IX offices and campus safety, want to make it clear they are here for students. “I want students to know that they do not have to tell me the name in order to get help,” said Jimenez. “If they just want to come in and say, “this is what happened.” That’s fine. We can’t make them do anything they do not want to do.”