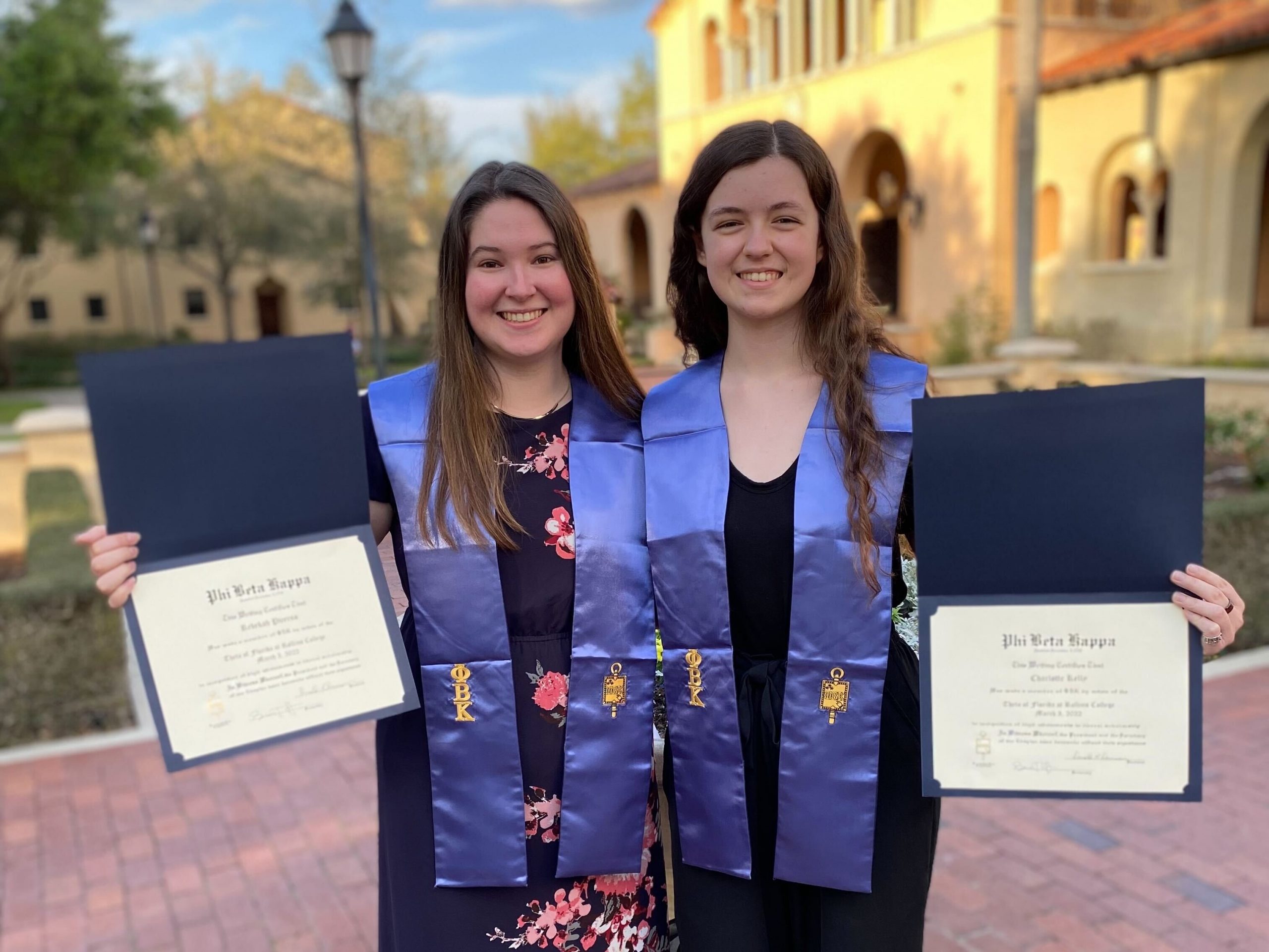 Rollins became the 291st institution in the US to receive a Phi Beta Kappa chapter in a ceremony at Knowles Memorial Chapel on Mar. 4. Nineteen students were inducted, as well as seven foundation members consisting of staff and faculty. Members were chosen for their commitment to the ideals of the sciences and liberal arts.

“I believe that Phi Beta Kappa will open a lot of doors for me just because of the network that I will be able to join,” said María Morales (’22), one of the student inductees. “It is also beneficial that I can advocate for a liberal arts education, which I think is essential in our globalized world.”

The Phi Beta Kappa Society is America’s oldest and most prestigious academic honor society, founded in 1776. Members include 41 US Supreme Court Justices, 17 US Presidents, and over 150 Nobel Laureates.

A three-year long review process determines an institution’s eligibility to receive a chapter. Rollins applied for a chapter in 2010 and 2011 but did not pass the initial screening processes. However, in 2018, Dr. Donald Davison, professor of political science and president of the new chapter (the Theta of Florida chapter), began preparing the preliminary application.

An institution must pass seven rounds of review to be granted a chapter. Particular attention is paid to the quality of faculty, the liberal arts curriculum, and the selectivity of the admissions process. General applications are first reviewed by Phi Beta Kappa’s Committee on Qualifications. Out of the several dozen institutions that apply, only two to four are invited to submit second-round applications.

If an application is strong enough, a visitation team is sent to campus. Four faculty members from Phi Beta Kappa institutions visited Rollins in February 2021 to inspect and conduct interviews on faculty, faculty leadership, and administrators. The visitation team then issued their recommendations, which were reviewed by the Phi Beta Kappa senate. Two more interim reports were submitted before the final vote at Phi Beta Kappa’s Triennial Convention.

By being inducted, students enter a “very elite and exclusive network in the United States, but also internationally,” said Davison.

Davison said that the benefits of establishing a chapter, “a tremendous recognition of the academic program at Rollins,” also applies to students who are not inducted into the society.

“Any student now who graduates from Rollins is going to enjoy the distinction of graduating from a Phi Beta Kappa institution,” Davison said.

“I feel like this is a really momentous day for Rollins, and I’m really grateful for all the support that the national Phi Beta Kappa chapter has given us, as well as all of our colleagues and the administration at Rollins,” said Dr. Ashley Kistler, associate dean of Academics and Phi Beta Kappa faculty member, at the ceremony.

Cornwell said that this achievement is a “validation of the integrity of our mission at Rollins,” and he hopes that this chapter will help give students “a reason to work that one more hour on that paper, and a fitting tribute to all the effort and hours of labor that it takes to have that level of academic achievement.”