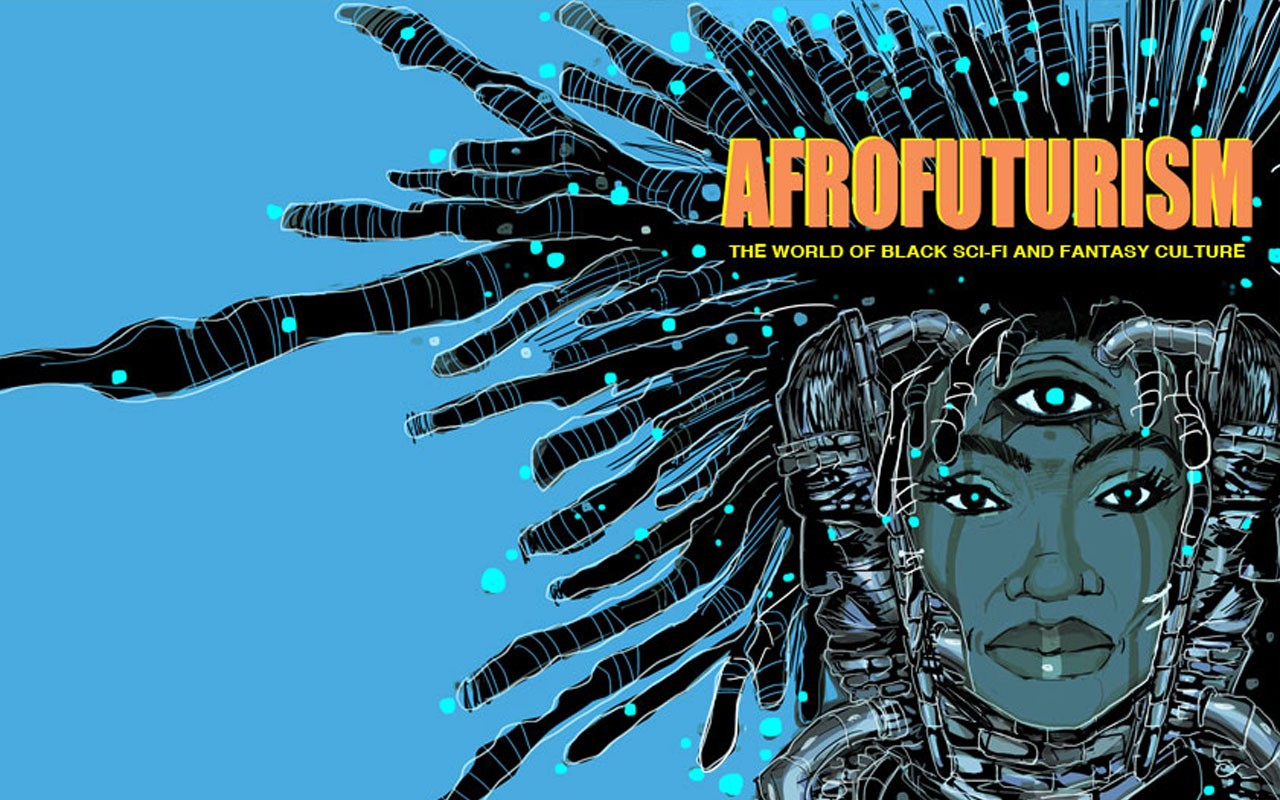 Artistic duo Jack Kirby plays with superhero’s images to promote an AfroFuture artistic image. The bold combination may be a new way to fight racism and discrimination.

Black Kirby is the eccentric artistic duo of John Jennings, Professor of Visual Culture at SUNY Buffalo, and Stacy Robinson, one of John Jennings’ students and a distinguished artist in his own right who specializes in visual rhetoric. Together they are Black Kirby, a pseudonym for an art project that aims to discuss matters regarding race, popular culture, gender relations and African-American history through the manipulation and inspiration of Jack Kirby’s iconic artwork. For those who don’t know, Jack Kirby is one of the famous artists behind creating most of the Marvel characters you know and love today – literally everyone on this campus has seen an example of Jack Kirby’s art, whether you know it or not. Jack Kirby is responsible for many of the core Marvel characters, such as Magneto and The Thing from X-Men and the Fantastic Four, respectively,  amongst hundreds of others.

Black Kirby operates by taking Jack Kirby’s original art (both Jennings and Robinson grew up on original comic books and are avid fans of all things geek-imbued) and twisting it with an African or African-American infusion and often times a sense of futuristic fantasy. Jack Kirby particularly used a trope known as “magic technology,” where he’d create fantastic and complicated depictions of futuristic technology that always miraculously either saved the day or threatened to doom all life as his heroes knew it. Black Kirby plays with these ideas and discusses potentialities of “magical technologies” that can eliminate world hunger or racism in the same way that Marvel conventions of technology can create world peace or enhance superpowers.

An example of Black Kirby’s work is a retooling of Professor X and Magneto – the Black Kirby treatment paints Professor X as an African-American, balding man in a wheelchair (clearly based off of Martin Luther King Jr.) and Magneto as a bespeckled Malcolm X wearing the iconic Magneto helmet. What most people don’t know is that the X-Men were created by Jack Kirby in the 1960’s, and that Kirby went on record to state that the two respective leaders of the X-Men (a group who sought human rights amidst public outcry and violent discrimination) were actually based on MLK and Malcolm X. Although both characters being white does not take away from the message in the case of what the X-Men represent, Black Kirby plays with the idea of how different people would interpret the series had both Professor X and Magneto been as on-the-nose with their real-life counterparts. Indeed, Jennings and Robinson discussed during their panel on January 28 that many superheroes were created by Jewish artists, and thus their Jewish philosophies, sentiments, fears, and hopes all play a part in who and what characters they created. If a Jewish artist could combine Malcolm X with personal experience of connection to the Holocaust to create one of the most interesting villains of modern culture in Magneto, Black Kirby seeks to investigate what kind of characters can be created through the same mechanisms by Black and African-American artists, who are often much less represented in the graphic arts than white artists.

The duo also plays with gender roles and devises superpowers for characters who might otherwise never see the light of a comic-book store within a mainly white-marketed audience. Just as Jack Kirby experimented with the cosmic and supernatural in his art, Black Kirby does the same with a specific African-infused flair. What I found most interesting was the fusion of futuristic archetypes with African-American stereotypes, which the duo affectionately referred to as AfroFuture. This emerging sub-genre toys with what we’ve come to expect from African-Americans depicted in American pop culture – generally reduced to stereotypes in modernity or reverted back to a “less-than-civilized” barbaric trope that is not only outdated but remarkably unoriginal. They even cite Jack Kirby as being potentially responsible for encouraging continuations of these negative stereotypes, such as the large, brutish African-American figures such as Shaft or Black Panther. But they also argue that these stereotypes can be turned into positive archetypes as well. AfroFuture is a sub-genre that puts African-American or African-descent characters into a futuristic setting, often with cosmic or supernatural powers that play off the expected and create unexpected results. It isn’t until one sees these amazing examples of pop art that one realizes how rarely one gets to see non-white characters depicted in advanced, futuristic settings. Not only was it refreshing, but it opened countless doors of possibilities for an infinite amount of new characters and new archetypes waiting to be explored and given stories. In fact, it wouldn’t surprise me if this new sub-genre takes off in the next decade or two and we’ll start to see its influence in pop culture movies and TV shows for our children.