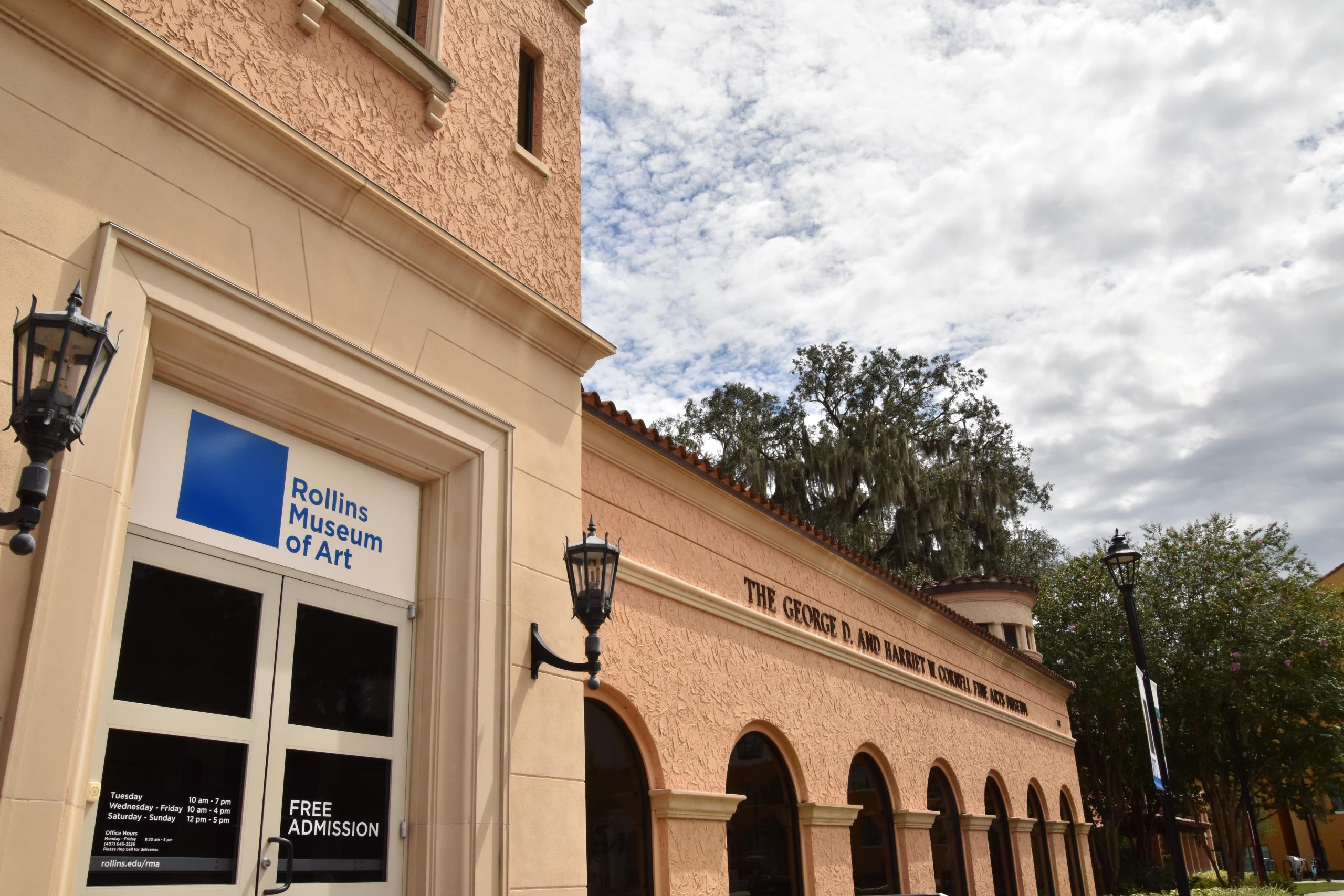 By Arabella Lilleslatten on September 2, 2022

The Rollins Museum of Art has received an increase in potential donors following the discovery of alleged forgeries at the Orlando Museum of Art.

In June 2022, the Orlando Museum of Art’s exhibit “Heroes and Monsters”—a collection of 25 paintings on cardboard ascribed to American artist Jean-Michel Basquiat—was seized by the Federal Bureau of Investigation (FBI) due to claims that questioned the authenticity of the works, according to the New York Times. As of last week, several of the museum’s board members have been dismissed and interim director Luder Whitlock has resigned.

In light of the exhibit being dismantled less than three miles away, the Rollins Museum of Art has been met with a number of potential donors seeking to sever associations with the fraudulent activity.

“We have received generous support from the Martin Andersen-Gracia Andersen Foundation, which has had a tremendous impact on our collection with the long-term loan of 22 paintings that had been at OMA for several decades, six of which have been gifted to our permanent collection and will significantly strengthen our American art collection.” said Robyn Bertram, Director of Development at the RMA.

Paintings such as The (William) Denning Family by William Williams, and Portrait of David Lapsley by James Peale are included in the long-term loan.

“Visitors will have the opportunity to see some of these works in this fall’s What’s New: Recent Acquisitions exhibition,” said Bertram.“We continue to have conversations with many members of the community about gifts to support our campaign for a new Rollins Museum of Art facility across from The Alfond Inn, in addition to gifts of art.”

The Rollins Museum of Art, which used to be known as the Cornell Fine Arts Museum, has been rebranded to align with its future vision and location. The new state-of-the-art facility, that is expected to begin construction in late 2023, will be located next to the Alfond Inn, a block away from Park Avenue.

According to Dr. Ena Heller, the Bruce A. Beal Director at the Rollins Museum of Art, fraud is not terribly common or expected in the art world—especially among legitimate, vetted collectors.

“Unfortunately, there are bad actors everywhere – as we’ve experienced in our community,” said Heller.

The New York Times asserted that the OMA’s recently fired director and chief executive, Aaron De Groft, persisted with the narrative that the Basquiat paintings were authentic. De Groft claimed they were recovered in a storage unit in Los Angeles ten years prior, even though one of the paintings attributed to Basquiat was painted on cardboard with a shipping label not in use until six years after his death.

The Central Florida community will not have the opportunity to take part in the next three exhibits from the OMA, which were canceled following the raids and additional questions of legitimacy of the upcoming exhibits, however The Rollins Museum of Art is forging ahead with its Fall 2022 Exhibitions—with free admission.

Programming will open Sept. 17 and closes Dec. 31. The following exhibits are featured: Modernisms: Iranian, Turkish, and Indian Art, 1960s – 1970; Barbara Sorensen: Billows; One Act of Kindness: A World of Difference; and What’s New? Recent Acquisitions from The Martin Andersen-Gracia Andersen Foundation.
More information concerning upcoming events, including a Spanish exhibition tour with curator Dr. Gisela Carbonell, a tour from Dr. Ena Heller, a talk with artist Barbara Sorensen, a tour with Romano & Mariolina Salvatori Fellow Lauren McLevey, and a lecture from Lynn Gumpert, Director of New York University’s Grey Art Gallery, can all be found on the RMA website.