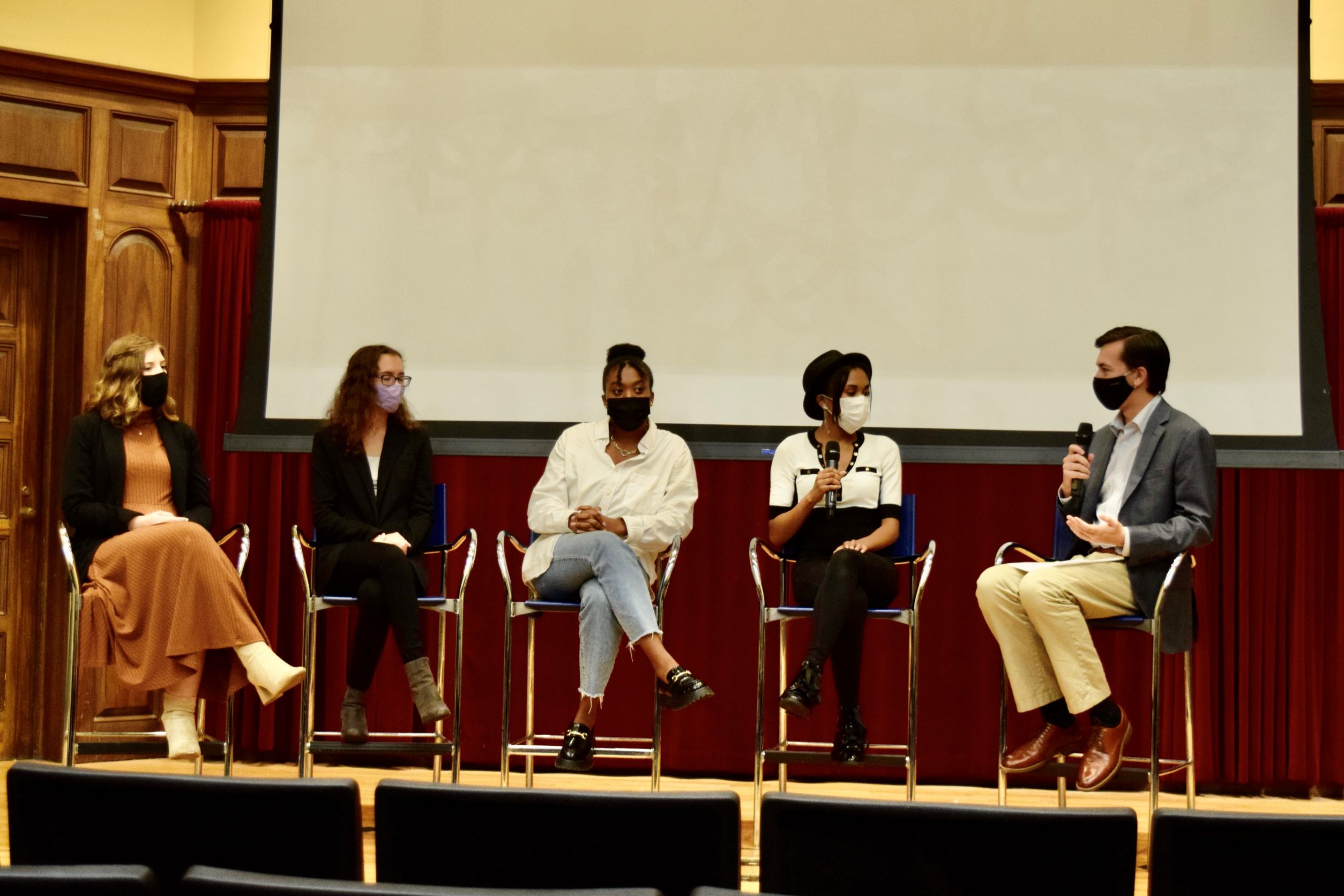 Students in two film classes partnered with The Global Peace Film Festival on Nov. 18 to screen PBS documentary “Storm Lake.” A student-led panel followed the film, which included members from the Bonner Leaders Program, the Student Government Association (SGA), and The Sandspur.

Dr. Denise Cummings, associate professor of Critical Media and Cultural Studies (CMC), organized the event with her students from Media, Peace, and Justice (CMC 310) and Peace Through Film (rFLA 200).

“I was super excited about this panel, and I think [the panelists] really answered everything from such a place of passion and to make change,” Cummings said.

“Storm Lake” follows the trials of a family-owned newspaper, The Storm Lake Times, as it is confronted with news deserts, national politics, and COVID-19. According to PBS.org, “In Storm Lake, Pulitzer-winning editor Art Cullen and his family dedicate themselves to keeping the paper alive — come hell or pandemic.”

“Local journalism is what will unify us,” Bailey said. “It will increase the community’s political participation and make them hyper-aware of issues that could greatly affect them.”

The panel was moderated by SGA President Daniel Elliot, who asked questions regarding the media’s tendency to focus on negative stories, the disconnect between national and local media, the challenges of local print media, and the challenges that social media presents to the field of journalism.

Elliot said, “We pay so much attention to the national media and everything is so nationalized.  And this really puts everything back in perspective. It is the small communities that matter – It’s the small [news] papers.”

Audience member Alex Pelletier (‘25) said, “Rollins, and of course The Sandspur, are working to keep journalism alive. […] It is essential because it provides information to the public, enables people to make informed decisions, and serves as a witness to current events and history.”

Both Cummings and Elliot agreed that they want more members of the Rollins community to attend events such as this one. Elliot also mentioned how events like the screening and panel are meant to bring the community together through in-person discussions.

“Students are always saying they’re tired of [the] virtual events,” Elliot said. “So [they] can come to these now. […] and we have to not just encourage them, but make them feel like they’re going to get something really, really good from these events.”

Those interested can watch “Storm Lake” and learn more about the film here.