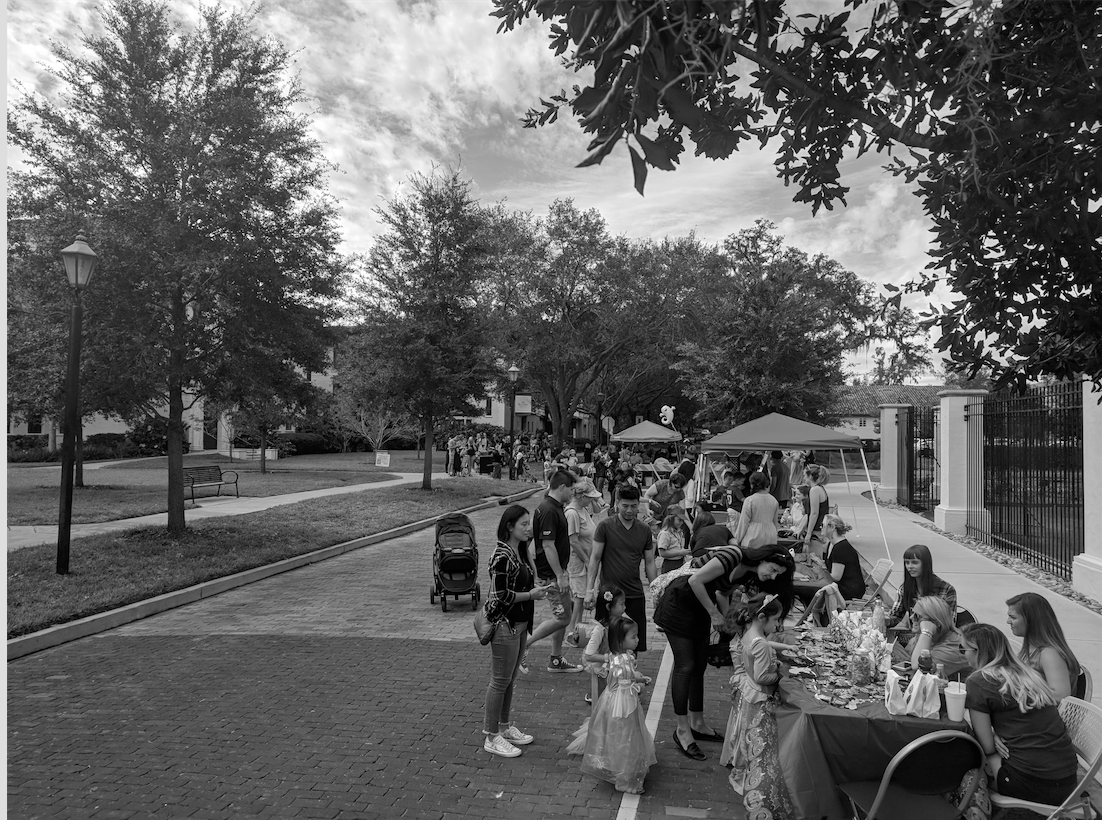 It is a bright Saturday afternoon. I hear the hum of air blowers inflating a row of bounce houses while a “Monster Mash” disco remix plays faintly in the distance.

I look down Holt Avenue to see a rainbow of costumes bespeckled by orange. A 4-foot-2-inch Boba Fett brushes past my waist as he chases a slightly smaller Princess Leia for her candy. It is the eighteenth annual Halloween Howl and the entire Winter Park community is out to show off their costumes, check out the haunted houses, and, perhaps most importantly, collect candy.

A tradition for nearly two decades at Rollins, the Halloween Howl invites the public to participate in a variety of spooky (yet family-friendly) activities.

The event brings in families from all over the Orlando area. Some are new to the tradition, like the Smokes, whose daughter won the child costume contest this year as a hot air balloon.

The Sand’s son, Mario, said his favorite part of Halloween Howl was the, “haunted houses, because of all the spooky surprises,” while the parents appreciated students’ involvement in the event.

Thanks to Halloween Howl, Winter Park was recently named one of “America’s Best Small Towns to Visit for Halloween.”