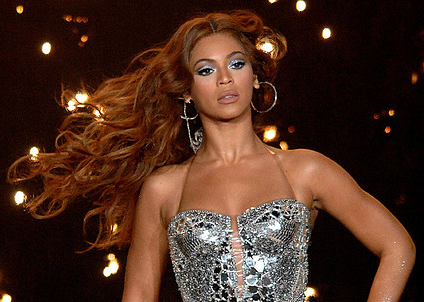 The Winter Park Plaza has a new guest speaker: Beyonce comes to talk to Rollins students about what it means to be married to Jay-Z and, at the same time, serve as a role model to young girls. The singer will discuss her latest and unexpected self-titled album and provide advice to Rollins students who wish to enter the show business industry. Besides the informative talk, a sample mini-concert will be performed by the star and, as Rollins tradition dictates, pizza will be given free of charge to the audience.

Lorde: The 17-year-old New Zealand native will be appearing in September  to show Rollins students how to be real royals. While she’s still younger than most of us, she knows a thing or two about stardom ranking as Spotify’s most viral new artist in 2013, as well as winning Grammy’s for Song of the Year and Best Pop Solo Performance. Lorde will be teaching a master class on how to master your reptar hand and become rich, famous, and fabulous. Her album, “Pure Heroin” elicits exactly what the name states, addiction and euphoria. There are rumors that after her talk, certain party favors will be distributed. 😉 Her boyfriend, James Lowe will also be attending the event as the official photographer. Hollywood’s favorite couple!  So if you want to be part of this love club, don’t forget your dark purple lipstick or hair crimper.

Miley Cyrus- After much debate, and a whole lot of twerk put in by students at Rollins, Miley has been confirmed as a guest. Smiley Miley will be teaching not one but two classes while at Rollins. The first is how to do a complete 180. She’ll explain that not only do you have to show your naked body on a wrecking ball, but also you absolutely must carry a blunt with you at all times. There are obviously much more important things on the path to transformation, like bleaching your eye brows, but she’ll be happy to explain when she gets here. Her second class OBVIOUSLY is the art of twerking. Although Robin Thicke politely declined the invitation, Miley will be calling up volunteers from the audience to assist with technique. This event will be produced in association with Mike Will Made It.

Rob Ford- This is not a typo for Tom Ford. Yes, the mayor of Toronto, Rob Ford will be at Rollins College. Along with being an incredibly influential politician, he is a man of extreme athleticism. Not only has he beaten Hulk Hogan in an arm-wrestling match, but he can consume mass amounts of alcohol and crack! Rollins was a bit hesitant to have him appear as a special guest but Ford does what Rollins students do best: drink. His talk will be an interesting one, but what will be even better is the after party. His talk will be filled with meaningful like lessons like “none of us are perfect” and “actions speak louder than words.” His actions will definitely teach the students here at Rollins a great deal of valuable information.

Mila & Ashton- Jackie and Kelso have finally fast-forwarded to reality and have decided to tie the knot! At last Mila and Ashton have admitted their love in real life and showed the world what a perfect couple looks like. Their favors to the world don’t stop there though, as they just admitted they will be bringing the world’s best looking child into the world. With this exciting information, Rollins reached out to mama-to-be Mila and soon-to-be father Ashton, asking if they would teach students how to be so damn perfect. The two will be lecturing on the topic, as well as how to keep things hot even though Mila is about to ruin her flawless body by having a baby. Who really cares what they’re talking about, we just want to see the happy couple on campus.