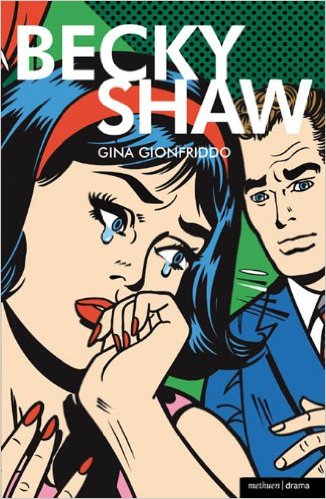 By Victoria Villavicencio on February 12, 2016 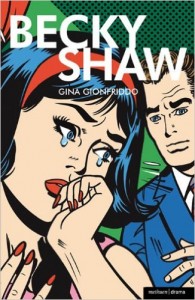 On Feb. 3, the Fred Stone Theater opened its doors to a crowd of eager theatergoers gathered for the opening night of Becky Shaw. Brimming with family and friends of the cast and crew, the show opened to a full house that enjoyed a thoroughly entertaining evening.

A romantic comedy that includes the oft-forgotten comedic half of its genre, Becky Shaw had its audience in stitches, regardless of age. Despite the rom-com label, it touched heavily upon the themes of family and familial obligations, asking to what lengths people would go for their nearest and dearest, or for those whom they barely know?

Underscored by Suzanna and Max’s complicated family history, a series of darkly humorous situations unfold when the date goes from awkward to catastrophic.

The cast had a lively dynamic with its mix of quirky and acerbic humor, particularly when introducing Suzanna’s mother (Bailey DeVoe ’18) as the harbinger of politically-incorrect truths.

Becky Shaw had the distinction of being the second in a line of student-produced shows known as the Second Stage Series and ran from Feb. 3 until Feb. 6. Directed by Giana Blazquez ’16, Becky Shaw was produced by Rollins Players and created by a talented all-student crew.

Next in the Second Stage Series is Detroit, a ‘scary-funny’ play set in the most terrifying of American locales–the suburbs. Written by Lisa D’Amour and directed by Kathleen Capdesuñer ’17, Detroit will run April 6–9 at the Fred Stone Theater. Tickets are free for all Rollins students and members of the community.