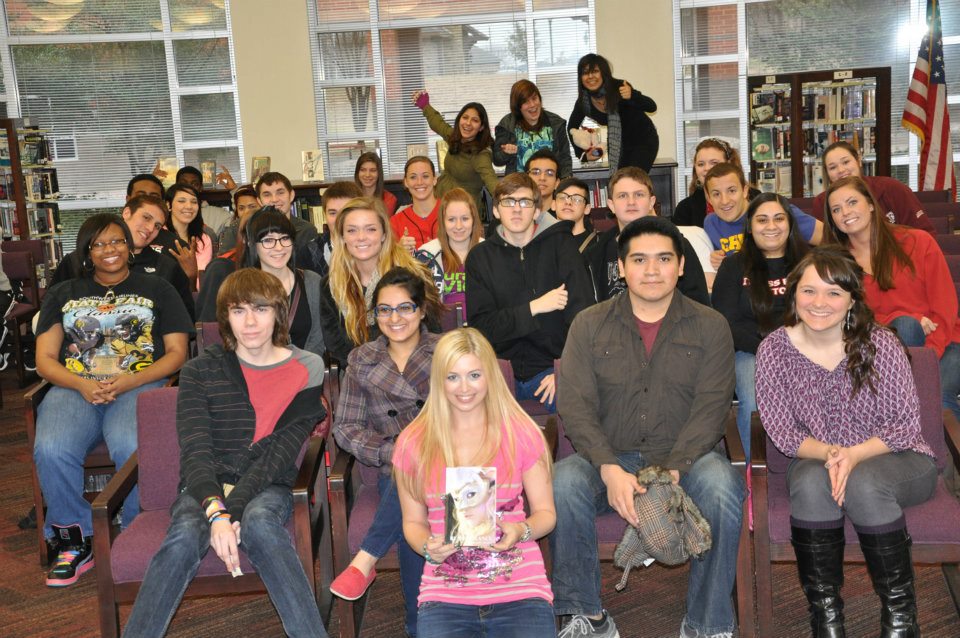 The culmination of drafts, edits, and manuscripts has led to this defining moment; the hard work and patience has paid off. The dream has now become a reality, and the young author cannot contain her excitement. She has being waiting for this day for five years, her first publishing deal.
After much anticipation, Rollins alum, Michelle Madow has signed a book deal with Harlequin Teen for her young adult fiction series—Secret Diamond Sisters.

This publishing deal will make Madow’s books accessible to a worldwide audience and visible at major retailers like Barnes & Noble. Working with a major publisher will also provide Madow with cover designers, a marketing team, and a publicist.

“When my agent [Molly Ker Hawn] called me to tell me that Harlequin Teen wanted to buy the book, I couldn’t believe it. This was a goal I’ve been working for since 2008, and when I learned the trilogy would be published, I felt like I was living in a parallel universe, a dream world,” Madow said.

Madow gained inspiration for Secret Diamond Sisters after a trip to Las Vegas. Set in Sin City, the trilogy centers around

three sisters who become secret heirs to a wealthy casino owner. While this partnership with Harlequin Teen is a milestone in Madow’s literary career, the accomplished writer is already a published author.

Beginning in July 2011, Madow independently published her first novel Remembrance and eventually two other books to complete a trilogy—The Transcend Time Saga. For Madow, independent publishing was an exciting yet time consuming experience as responsibility rested on her for every business decision—from cover design, to price points, and marketing plans.

Compared to her glamorous and contemporary series, Secret Diamond Sisters, Madow’s first trilogy was a fantasy and period piece about reincarnation and forbidden love. While promoting a new series and transitioning to a new form of publishing, Madow is eager to gain new readers with the assistance of a professional team.

“Traditional publishing will be a learning process for me. I will be working with one of the best editors for my genre in the country, Natashya Wilson, and she will help me make Secret Diamond Sisters the best it can be. “I cannot wait to learn from her”, Madow said.

Madow decided to pursue writing professionally during her junior year at Rollins. Little did she know that a homework assignment for an Intro to Creative Writing class would become her first novel, Remembrance. When submitting the first chapter in class, Madow was taken aback by the positive feedback she received from her professor and colleagues.

“I’ve always loved writing, but never considered it as a real possibility, because I figured it was like trying to be a movie star or a rock star. Because of that, I never shared my writing with people I knew, “ Madow said.
Inspired by the response to her work, Madow vowed to write, 1000 words every weekday; by the end of her junior year, she finished the draft of her first novel, and during her senior year, she signed with her first literary agent. Furthermore, before graduating, Madow was accepted for an independent study with writing professors Doctors Papay and Deaver, and under their guidance, developed another novel senior year.

Madow credits Rollin’s for steering her towards the right career path and advises students interested in the profession to talk with their writing professors. She also urges aspiring writers to remain patient during the publishing process and to begin developing their stories as early as possible.

“It is never too early to take writing seriously. Don’t tell yourself that you’ll wait until after graduating to write a book. If you know you want to write a book, start now.” Madow said.