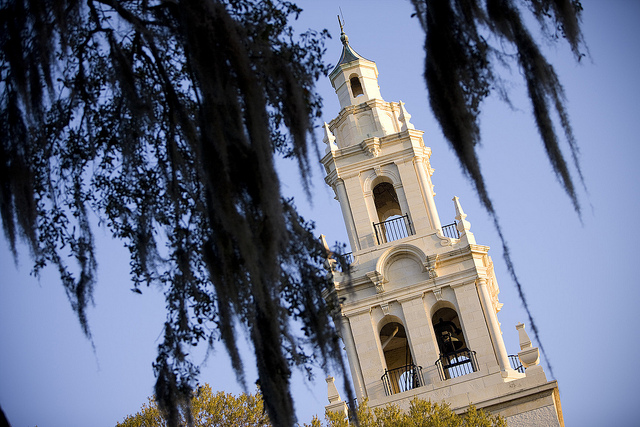 Rollins students engaged in conversation that can often be uncomfortable and confusing at last week’s “A Dinner Dialogue: Engaging Cultural Difference and Religious Diversity.”

Students discussed inter- and intrafaith-related issues. Besides Rollins students, other members of the local religious community were in attendance. Representatives of different faiths engaged in these crucial discussions, adding a vital perspective to the discussion.

Yudit Greenberg, director of the Jewish Studies Program and the Center for India and South Asia, started the event by STATING, “the idea was to have non typical interfaith dialogue… to have the students generate ideas and themes based on [their]  interests… that [they] don’t do in other contexts on campus.”

After Greenberg finished with her introductions, she invited a traditional Indian classical music group to perform an invocation for the students. The musicians were invited with the help of  Jasbir Mehta, the director of the Asian Cultural Association of Orlando Central Florida and an associate of the Center for India and South Asia.

The music was meant to invoke the blessings of the Goddess of Knowledge, a fitting choice for the intellectual atmosphere of the dinner.

The classical Indian music emphasized the event’s desire to promote different cultures to students. It segued to the group discussions that were about to occur.

Each table had two facilitators to help the students discuss and answer a question that each table group was provided. They also aided in maintaining a welcoming environment.

The topics of these questions were connected to issues and controversies about religious communities.  Each question was posed by a student.

Topics discussed included but were not limited to gender and sexuality, faith and abortion, generational differences, cultural and religious diversity in schools, and the role of religion in government.

Before and during these discussions, students were treated to ample refreshments. Throughout the dinner, there was a relaxed atmosphere in which Rollins students could enjoy food and discuss otherwise challenging topics.

At the conclusion of the event, each facilitator answered the question that every group received: What can each of us do to achieve greater understanding and mutual respect across religions?

Each group discussed the question at length before the facilitator publicly answered it.

The answers provided by each group were all unique and often determined by the topic that only their group received; however, a common theme throughout the answers was fostering compassion and respect for others.

The event was sponsored by the Innovation Hub, the Center for India and South Asia, the Department of Philosophy and Religion, the Office of Religious Life, the Jewish Studies Program, and the Office of International Programs.