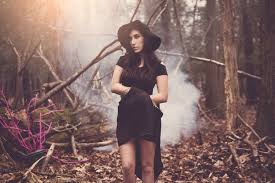 Natalie released her second album last March. The title song hit No. 2 on the US DJ Masspool Digital Charts, and received No. 1 Top Breakout song at the International Dance Music Awards. It is quite a contrast to her debut album; it sounds more like collection of tween pop anthems. Nylon’s transition from lyrics like “You Like It Rough, I’ll Make You Scream” to “All I Want, All I Need Is a Kiss from You” is astonishing and shows versatility, but brings her potential audience down in age from early twenties to early teens. The slightly more mature and edgy songs include “Prom Night”,”Lingerie”, and “Body Talk”. “Prom Night” features Spanish guitar scales paired with haunting warbles that live up to Nylon’s punk past.” Body Talk” and “Lingerie” are more upbeat and similar to her club songs. They are the kind of songs that could be used in competitive jazz dance choreography. While the title song “Star-Crossed Lovers” has been quite a hit on Internet charts, it is too much like Katy Perry’s “Teenage Dream” to be taken seriously.

We will see where Natalie’s new single and next album take her. She has the potential for something great. She just needs to find the sound that fits with her new lifestyle, but doesn’t seem like a desperate attempt to land on the radio. Her originality is there, but lacking in her newest release. This album is worth a listen, but nothing to rave about.

I was lucky enough to receive a phone interview with Nylon, who says her music is directly influenced by her life. At the point in her life when she was making Out of Control, she was going out and partying, and now she stays in more. Star-Crossed Lovers is her second release, and is very personal. It’s more pop than dance music and is slower.

I wondered how she was able to make it so far in such a difficult industry. It turns out she’s been at it her whole life, playing piano since she was four and performing in punk bands in skate parks as a teenager. She kept going and doing what she loves. To her, it’s always been a dream that she didn’t really feel happening until, one day, she realized her songs were on TV shows such as American Horror Story and ranking high on international music charts. She has done it all through her own hard work, but her modesty shows when she gushes that she is just really blessed to be where she is now.

She says she loves the creative process of making music and album covers, even though nobody really buys the physical album anymore. Her love of the process shows in her two strikingly different album covers, from a blurred LSD inspired colorful image, to Nylon cleverly inscribed with a line-drawn star.

For those feminists in the room, Nylon is more than just a flirty pop songstress with a personal touch: her new single, “Indestructible”, releasing in the next month, is about women’s strength. She comments on the title of the song, “The phrase ‘indestructible’ means you can do anything you want…”