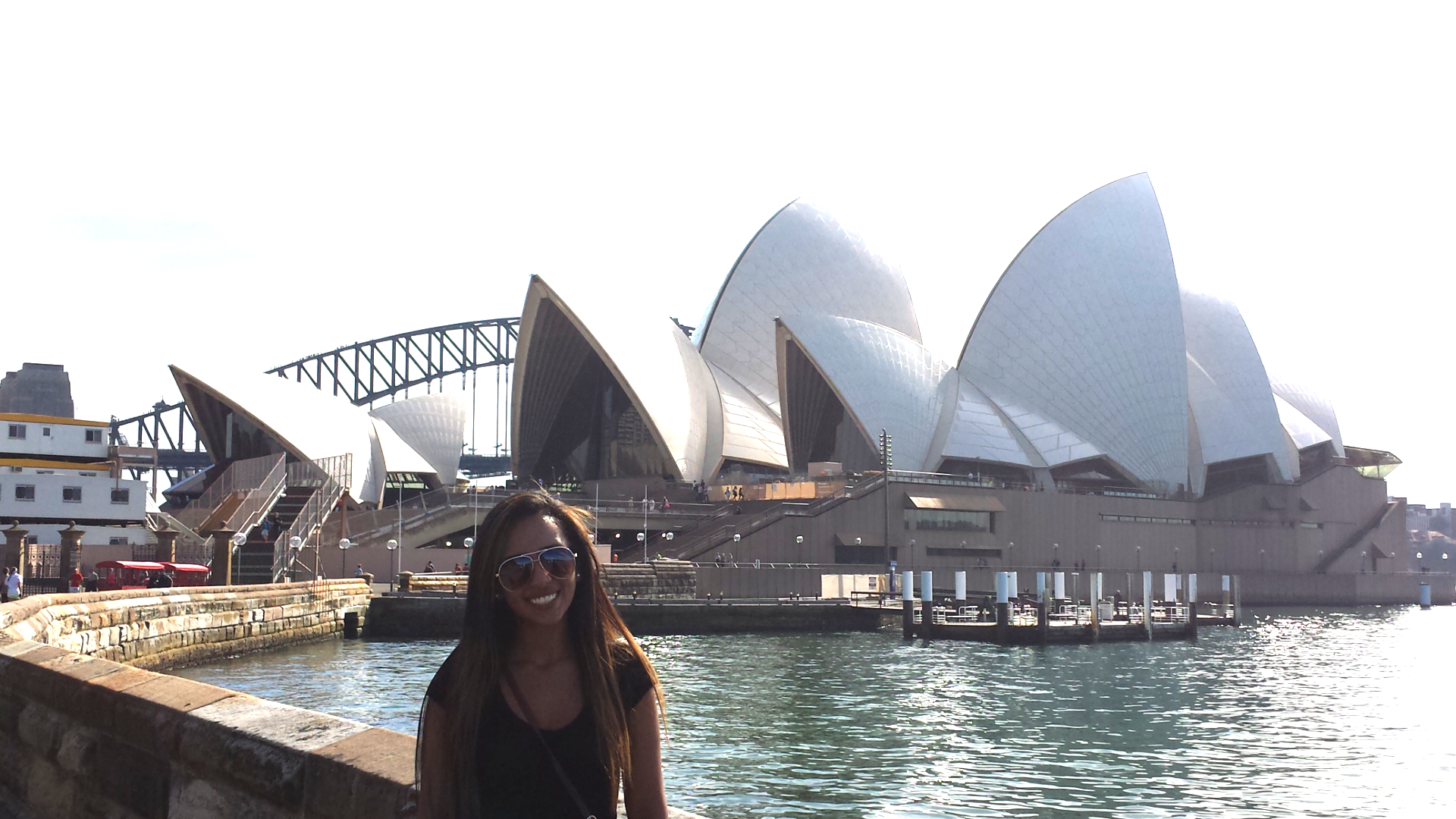 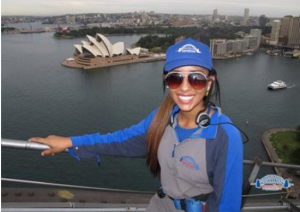 G’day!! My name is Daniela Galvez, and I will be sharing with all of you my experience while traveling abroad in one of the greatest cities of the world: Sydney, Australia.

I couldn’t be happier to have this amazing opportunity and as the days go by I learn more and more about myself and about this amazing culture. This whole trip has been a great adventure. From packing to arriving, everything has been a new experience.

After flying for about 13 hours, we arrived on July 17, 2013 at 7:15 a.m. and were taken to one of the best hostels in Australia called Youth Hostel Accommodation (YHA). There, we were roomed with other students who were also in The Education Abroad Network (TEAN) program and were given enough time to shower and get ready for a day of activities. We had some free time to explore around the city and at about six o’clock we had dinner at a restaurant called Black Bird.

This was the night when we got to try Kangaroo as the main entrée! It was–it was weird at first I won’t lie! But once I tried it, it was actually really good! Very different and lean meat. I know it sounds really weird, but honestly once you try it, it is not as weird as it sounds.

All the activities from the first week were essential for the understanding of the city, people, and culture. On the second day, we climbed the 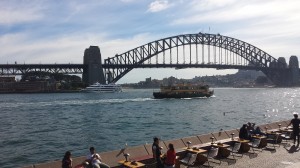 Sydney Harbour Bridge and visited the area around the Sydney Opera House. It was amazing! It was the day I realized my dream to travel had come true; I no longer had to wait for things to happen to me. It was truly so beautiful that I couldn’t believe I was standing in front of one of the most famous landmarks in the world. The weather was great and climbing the Sydney Harbour Bridge was one of the most exciting adventures of orientation week.

Over the next few days, we visited the Taronga Zoo in Sydney, took pictures with the koalas, and competed in an “Amazing Race” in which everyone was grouped with two or three more members. We were all forced out of our comfort zones by looking for different clues around the city. Whichever group got to the final destination first won tickets to eat at the Sydney Opera House. 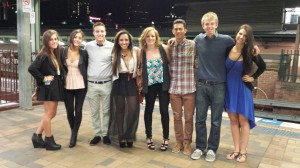 Although my team was not the winner, it was a great activity to make us aware of the public transportation system and to interact with other people from the city.

On the last day, we went on the Harbour Cruise with all of our TEAN Network advisers. It was our last dinner as a team because the subsequent day everyone was going to leave to go to their designated living areas. Some students were moving into their apartments; others were going to Melbourne, Newcastle or Perth; and all of the Rollins students were going to their homestays. The last dinner was really special because we got to interact with everyone from the group. It was time to say good-bye to some people but hello to our new homes!