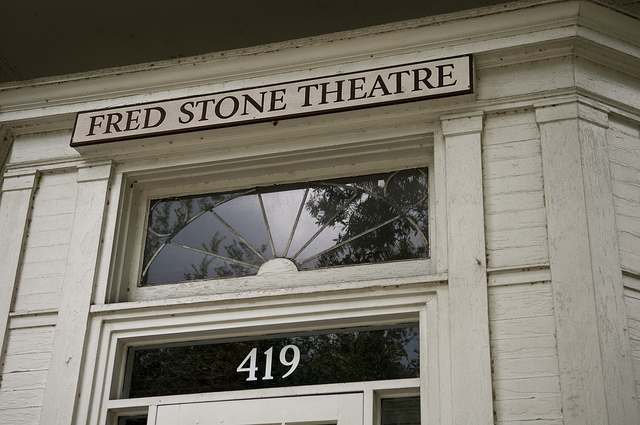 The department determined that the building posed significant safety risk to students, classes, Rollins Improv Players shows, and the upcoming Second Stage Series production of On the Verge. As a result, all theater and dance activities that would have taken place in this building have been forced to move to an off-campus building.

Dr. David Charles, head of the Department of Theatre & Dance, explained how the Fred Stone ultimately came to be condemned: “members of the department noticed that some of the acoustic panels attached to the theatre walls had fallen off over spring break and we passed along these concerns to facilities whose staff assessed the situation and ultimately made the call to condemn the building.”

The Fred Stone was condemned the afternoon of March 23, 2018.

Dr. Charles stated that the college, “has been moving fast to secure a new temporary home for the department so there has been no major disruption in our classes.” As of Monday, March 26, all Fred Stone activities were moved to the second floor of the Pioneer building, a closed building that was previously used for the Holt Evening School.

Though the transition was quick, it was far from smooth. This is especially so for the production team of On the Verge.

Nicole Colangelo ‘18, director of On the Verge, expressed some of the difficulties she and her team faced: “It was hard to receive this news at home alone since it greatly affects my senior project and the work of so many of my fellow classmates….There was a moment when our show was floating around without a space to call home. Luckily the department facility was very supportive and pushed for everything to be prepped as soon as possible to allow us time to transition into the new space,” stated Colangelo.

The cast and team of On the Verge have been able to find a silver lining to this situation. “While this experience has been trying, it has brought the entire team closer together,” stated Colangelo. “I feel confident that we will be prepared for the show to open. The show must go on!”

Currently, there are plans in place for a replacement of the Fred Stone Theater. Dr. Charles stated, “We are currently in the early design stages for the new Theatre & Dance arts building that will include a new black box theatre space. We had hoped to utilize the current Fred Stone Theatre at least into the summer.”

Dr. Charles continued that the recent news, “has complicated current programming but doesn’t change the current new building process other than, perhaps, underscoring the true need for appropriate and safe spaces for theatre and dance on campus.”