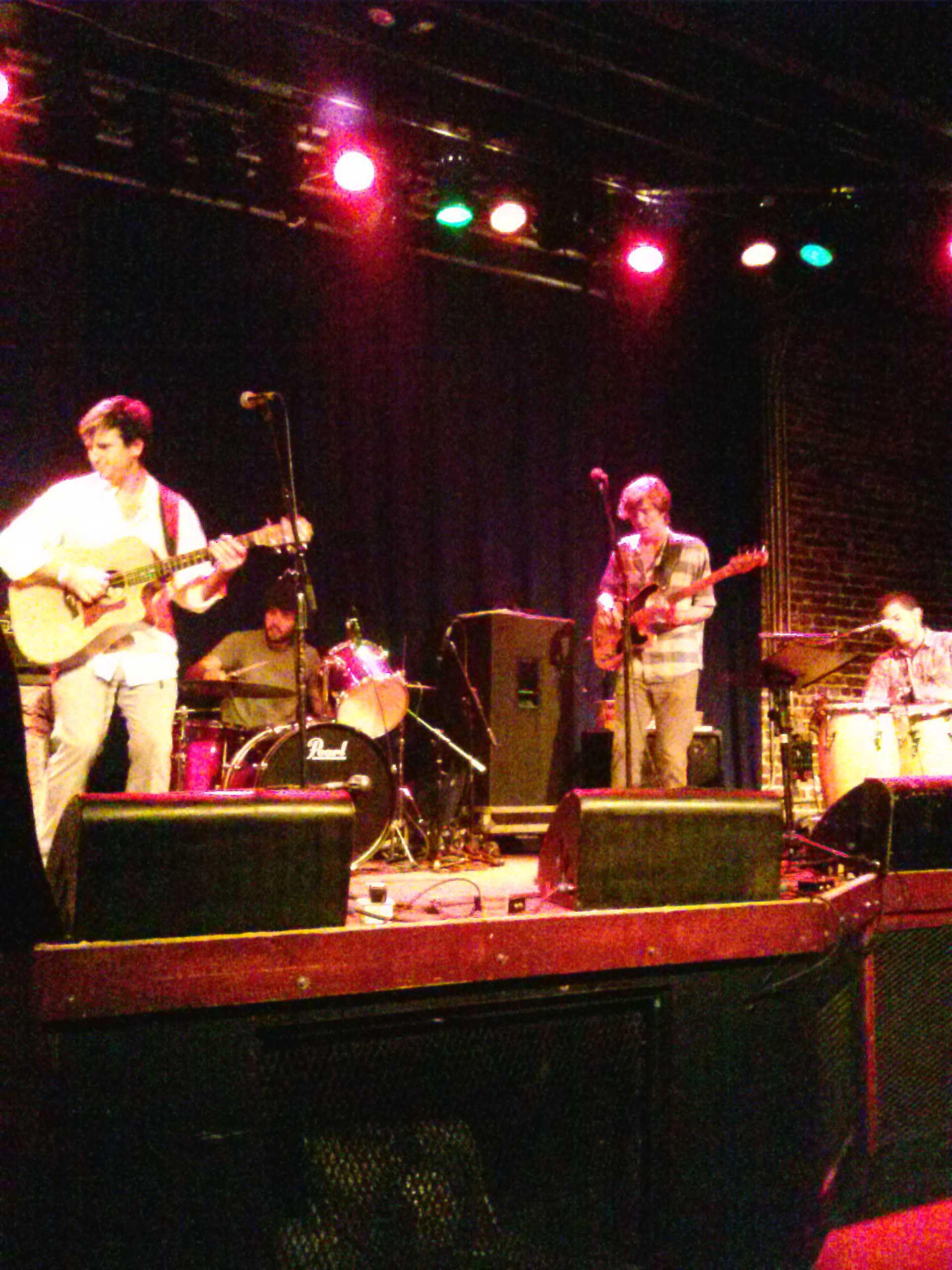 The Groove Orient, a band composed of Rollins students and alumni, rocked the audience on September 4th at The Social.

Approximately five months since their Fox Fest debut, there I was, at the Back to School Jam, Milk Carton Superstars clearing the stage, anticipating the ever evolving greatness of Orlando based music group, The Groove Orient. Each member of The Groove Orient (TGO) is either a current student or alumni of Rollins College. Tommy Shugart (Keys), David Incorvaia (Guitar), David Vanegas (Percussion/Bass), Chuck Magid (Guitar/Vocals), Harry Ong (Bass/Vocals/Percussion), and Paul Terry (Drums) are the collective and exceptionally talented apparatus that is The Groove Orient.

As far as history goes, TGO was originally set to be dubbed Chuck Magid and the Groove Orient with the poetic visionary of ‘groove orient’ accredited to Incorvaia; it was settled to stand alone as The Groove Orient as Magid humbly denied this title. Interestingly enough, The Groove Orient as a concept for a band wasn’t conceived until last spring for the sake of Fox Fest. Last Spring, each of the members noted that performing as TGO was a great time to take a break from what they usually practice/concentrate on (as music majors) and enjoy their other under pronounced talents. Shugart, a guitarist and cellist laying down some expert keyboard playing, Vanegas stepping away from bass and jazz for a bit on first-rate percussion playing, and Ong’s voice alone caused goose bumps on the back of my arms in the hot bar.

Aside from their commendable playing, members of the band have talents branching into composition and song writing. Shugart’s recently composed rock ballad “The Golden Rule” sung by Ong was one of the few that was performed. Shugart stated that there was originally no band for it but found a great opportunity to perform it with TGO. Inspiration for the song derived from life lessons, and in my opinion, as well as that of the mesmerized audience’s, was one of phenomenal character and soul. Incorvaia’s original work, “Rush”, was one to remember with a solid melody and beat, Vanegas’s piece comically titled “Marambuhh” set for a different instrumentation convulsed the pit into a groove, Ong’s song “Yesterday” equally infused both talent and musicality, and Magid’s emotionally heart jerking “Butterfly” resonated as he remarked its inspiration deriving from an old roommate’s sister who passed away. A cover of Medeski, Scofield, Martin & Wood’s “Little Walter Rides Again” brought the audience excitement and sparked nostalgia as they began to ‘woo’ at its mentioning. To quote TGO they’re, “limited to no certain genre, The Groove Orient performs a wide variety of music, from Samba, Rock Ballads, jazz, and even hair metal.”

TGO absolutely murdered at Fox Fest last spring, but to see them again was nothing like I had expected- they slayed with what they left on stage at The Social. Magid’s guitar solos were enchanting and charming, Terry’s drum solo and playing overall was by far one of the greatest displays and execution of drumming, Shugart’s expressive keyboard playing quite possibly redefined an art, Incorvaia was no different when exemplifying musical magnitude, Vanegas visualized the vastness of his varied invaluable talents for the crowd, and Ong released an ethereal and transcendent like aura in the air with his stage presence. The crowd’s bodies were like an ocean that couldn’t stop moving and their involvement and connection with TGO washed over the members while they in turn washed over us their harmonies, rhythms, and energy. “One more song! One more song!” was the cry at the end of the set; no one ready to let the moment end. We were engulfed in their flood, drowning in a shared elated ecstasy, an outpour and an overflow of funky euphoria and head banging. TGO is by far a group that you need to see and experience for yourself.