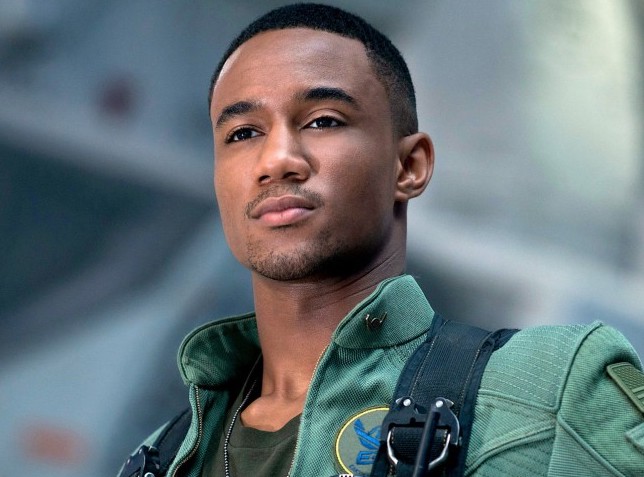 To help students hone in on their academic path, Jessie T. Usher, best known for his role as A-Train from “The Boys,” met with The Sandspur and explained his unique career path.

Usher graduated as salutatorian in high school as a top honors student and joined the ranks of Alpha Gamma Sigma, the California Community College Scholastic Honor Society. Extracurricularly, he starred in a dozen programs before the age of 20 and studied the culinary arts.

With such an in-depth and varied education, what was the driving force that guided you to the career you have today?

My sister was 100 percent my inspiration. She was an actress when I was really young. I mean she continued until, y’know, our teenage years until she was in college. And I always kind of wanted to do what she was doing. She was also very smart. She was really smart. And probably one of the most hard-working people that I know.

So I think that diversity in my academics when I was growing up was mostly influenced by her. She went into different directions in terms of the subjects that she studied. I went more to math and science, and she went more to the creative arts. But honestly, my artistic path leading me to ultimately be an actor was all really inspired by her.

Did your sister take you under her wing, or were you more inclined to follow her from afar?

It was a little bit of both. I tagged along when I could, but she was, y’know, she was the best big sister I could have had. She nurtured me in a way that made me feel comfortable doing things she had already done. Even though I had no experience in doing it a lot of times, just having her to show me the ropes was what made me feel a lot more comfortable so that I could take some chances and some risks.

Outside of acting, what projects are you most proud of or excited for?

I don’t even know if I could call it a project, but my daughter. ‘Cause, y’know, children are a work in progress. You’ve got to shape them, you’ve got to mold them. And now she’s four years old. She’s just started preschool, so I’m seeing her grow into an actual human being with a personality and preferences […] She’s a lot like myself; I see so much of myself in her. And that is exciting for me. And there’s something totally not work related. But when I do work I do see an excitement in her, something that she is kind of interested in. And I’m sort of shaping that as best as I can. […] I love what I do so when I see that in her, I obviously naturally want to turn that direction but […] I want her to find it on her own. So it’s nice to see some interest in her in terms of that. Just keeping my eye on her and doing my best to raise her from all around the world as best as I can.

Outside of your family, who is your biggest mentor?

Growing up, I had really great teachers. My parents were always putting me in good schools and, y’know, I was in a program called TAG [Talented and Gifted] program when I was living in Maryland, and we just had some really fantastic teachers. I had a teacher named Mister Laur who still inspires me until this day. The impact he left on me from a very young age, y’know, he was just inquisitive, and creative, and smart, and funny, and all the things I felt I wanted to be one day. And he was the science teacher that was quirky and fun, y’know, it just felt like he was multi-dynamic and he could just do anything. I have always been inspired by him and the way that he lived his life.

And outside of that, working with so many people in this industry, and meeting so many personalities, I just get inspired to get to work with any great actor. They’re all where they are ‘cause of something specific. And that’s what I’ve learned from time: It’s that I can kind of pin-point […] Like, okay, I work with Samuel L. Jackson. The moment you meet Samuel L. Jackson, you know why he’s Samuel L. Jackson. Like you just get it. And those kinds of people have a lasting impact on you every time I get to work with someone who’s achieved something great.