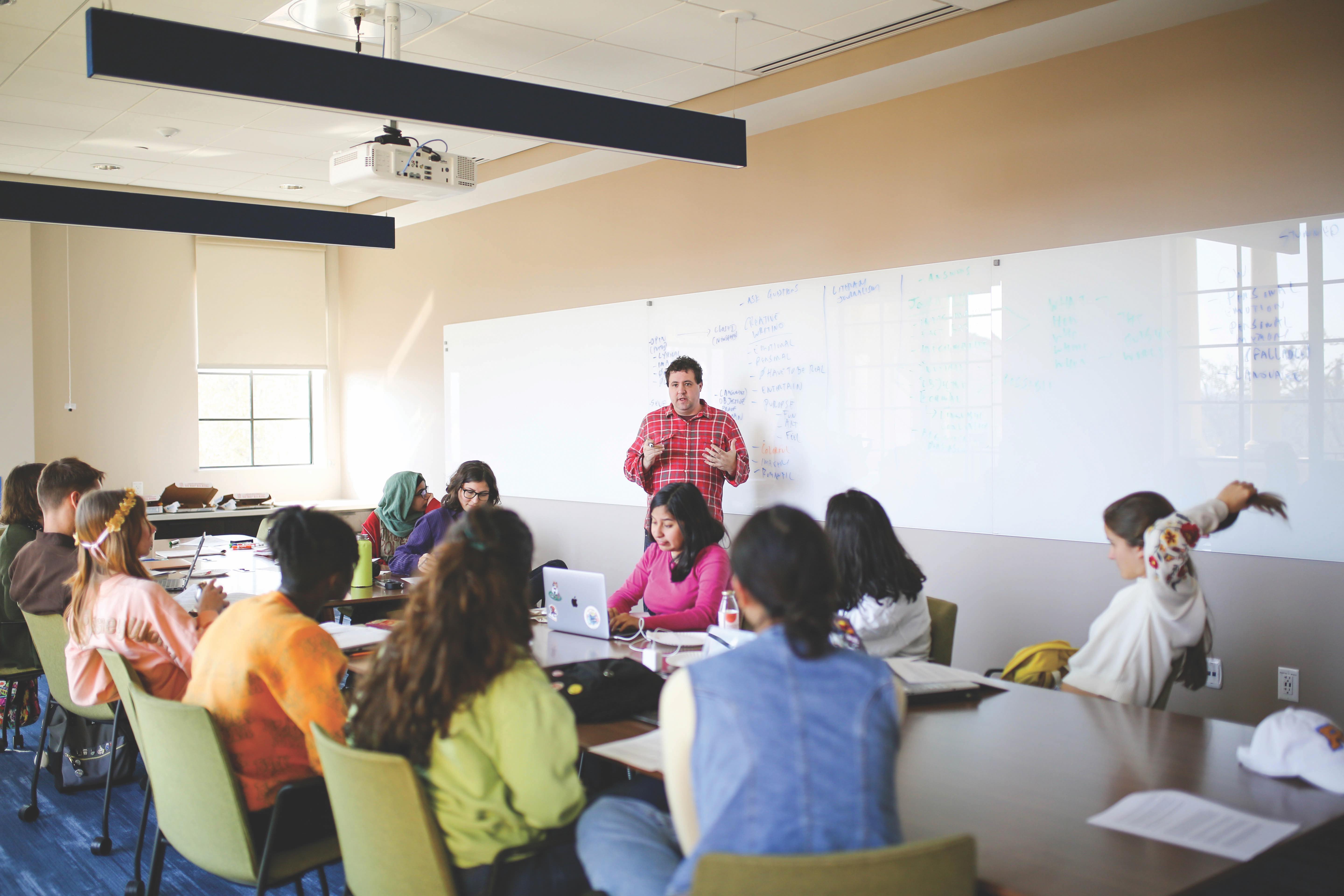 The Independent, Rollins’ student-run magazine, is changing its editor-in-chief and how it recruits writers. Established four years ago, the magazine’s changes are meant to increase unity and offer professional development opportunities to staff and writers.

The Independent showcases writings and artwork from students, professors, and Winter Park residents. In the magazine, writers cover scientific studies, politics, and travel stories that help readers form their own opinions on worldwide issues.

The Independent’s main transformation is the process in which it recruits new writers. The magazine organized a writing workshop on Friday, Feb. 28 that was run by its new faculty advisor and English professor, Dr. Dan Paul.

The purpose of the workshop was to bring in new writers and teach them about the magazine’s submission process and tips on writing creative nonfiction.

Kenzie Helmick (‘20) and Emily O’Malley (‘21), current co-editors in chief, hope that  participants gain more confidence in their abilities and that more people will submit writing afterward the workshop.

They also hope that workshops increase The Independent’s presence on campus.

Helmick and O’Malley also want the staff of The Independent to become more united, diversified, and cohesive.  One proposed method of achieving this is to have more staff members contribute to choosing and editing writings.

O’Malley is hoping to invite a wider range of submissions to The Independent. She plans to do this by working closely with the writers during the revision process.

Helmick is graduating this May after working on the magazine for four years, leaving O’Malley as the sole editor-in-chief in Fall 2020.

Helmick said that O’Malley was already a very talented editor before becoming editor-in-chief.

“She comes to the magazine already with a deep understanding of editing and publication,” Helmick said. “Which for me, as someone who is a public policy major and doesn’t interact much with those fields, she has been especially valuable and a way for me to learn more, as well.”

O’Malley first joined The Independent as a writer. Then, Helmick asked O’Malley to join The Independent staff as an editor. O’Malley is the magazine’s first editor-in-chief with an English major.

When asked what inspired her to join The Independent, O’Malley said, “I really like the overlap between more journalistic writing and more creative writing … It lets us write about things more journalistically without it having to be, like, week-by-week topical, which I appreciate as well.”

O’Malley said that she is grateful for all the help Helmick has given her, and she wants to be as great as Helmick when she is editor-in-chief in the fall.

“I can’t wait to see what she does after she graduates,” O’Malley said of Helmick. “It’s going to be really exciting to kind of follow her career and where it’s going.”

Writers for The Independent are freelance writers and are not hired by the magazine.  The only official staff members are editors and graphic designers.

However, new staff members are brought in every semester.

Written pieces are chosen by the editor(s) in chief after being read; not every piece  submitted is published.

Students interested in having their writings published can send their submissions to theindependent@rollins.edu for consideration by March 30.