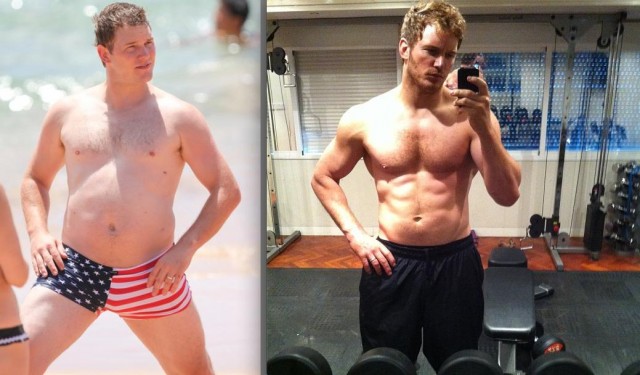 Be a Man: With All the Force of a Body Standard 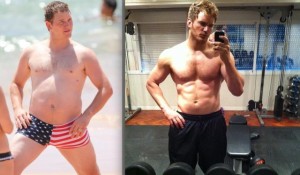 Chris Pratt’s rapid physical transformation reminds one of the scene from The Princess Diaries in which Anne Hathaway’s old photographs break juxtaposition to reveal a post-makeover version of the same girl. Pratt went from playing average bodied goofball on NBC’s Parks and Recreations to Guardians of the Galaxy’s muscular leading man. The body transformation began whilst filming Zero Dark Thirty. After the film’s release, the actor returned to both Parks and Rec. and his more recognizable shape. Soon enough, the first trailer for Guardians emerged, showcasing the actor’s six-pack. With the film’s box office success, Pratt became a household name and a staple in late night interviews and magazine spreads. Currently, he’s set to star in the fourth installment of Jurassic Park.

​While female body standards are constantly under pop-culture and media manipulation, it is not impossible to skim past the subtly stated male expectations. The chain between masculinity, heroism, and physical strength is vivid when viewed through a celebrity lens.

Pratt’s career insists that an actor’s success is proportional to his muscle mass; he was able to make the leap from a supporting role in a TV comedy to a leading man in film once he dropped weight and toned his body. Likewise, 2002’s Spiderman depicts Peter Parker, one day after receiving the radioactive spider bite, flexing in the mirror and relishing a sudden gain in muscle. That same day, he discovers the superpowers that will help him transform from nerdy outcast to web slinging crime fighter. The CW’s new series Flash includes a similar moment. Having recently awoken from a coma induced by a faulty particle accelerator, the main character points out that he somehow managed to develop a six-pack during his years of unconsciousness. He soon learns that the accelerator’s energy is responsible for his “improvements”—super speed and, apparently, abs.

​Although a superhero requires physical prowess to “save the day,” these films insist that strength is purely physical and that muscle makes a man into a hero. Unfortunately, these ideals are hard to live up to. A leading man’s diet and exercise routine is typically grueling, expensive, time consuming, and, sometimes, dangerous. In fact, a 2007 Harvard Study reported a 40% increase in body dysmorphic and eating disorders amongst males.

But the chase for muscle does not stop at brown rice and lifting. “There is an easier way to go from flabby wimp to sinewy screen predator,” says Logan Hill in his Men’s Journal article, ‘Building a Better Action Hero.’ “Sometimes a superhero’s journey begins with the needle prick of a syringe full of human growth hormone (HGH), testosterone, or steroids.”

​With this avalanche of comic book movies burying male self-esteem, a refreshing change of scenery comes courtesy of the Mouse. Enter 2014’s Big Hero 6, an animated Disney film based on a Marvel comic. The movie thematically insists that a hero is made, not from physical appearance or capability, but from his good deeds and actions.

​Hopefully subsequent blockbusters will follow Big Hero 6’s example and revise the ridiculous physical and masculine standard. Until then, remember that you do not need to look like Chris Hemsworth to be considered a hero, a man. You do not need to look like [current] Chris Pratt to be considered sexy. In fact, he and his wife Anna Faris were married way before he ever sprouted a six-pack. She even prefers the Parks and Recs. version of her husband. According to Pratt, “she wants to keep me locked in the bedroom eating KFC.” Kinky.