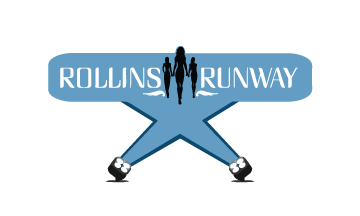 The method behind the Pantone Matching System 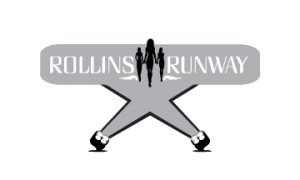 Have you ever heard the phrase “Pantone Colors”? Or have you ever noticed how everything in the media, from billboards to magazines, seems to follow common color schemes from year to year? That strange phenomenon is actually the result of careful planning by the organization Pantone, a company that declares a certain color scheme for each year that will be followed by the art world.
Originally created as a marketing technique for print media, the delegation of the Pantone color of the year began in 1963 when Pantone’s founder, Lawrence Herbert, created the Pantone Matching System in order to standardize the dominant colors in media. This way, different companies and corporations could establish advertisements, motifs, promotional media, and so on without directly holding conference with one another to assure consistency.
Through the years however, this system for numbering and matching colors in the graphic design community has spread to encompass the fashion community as well. If you were to flip through any fashion magazine on hand at the moment, you would probably be overwhelmed by a flood of pink and blue, along with an array of colors that compliment them. This is because Pantone has selected the colors Rose Quartz (blush pink) and Serenity (sky blue) as the shades for 2016.
Usually, only one color is chosen each year. For example, last year the color of choice was Marsala, or PANTONE 18-1438, which is a deep wine red. Sound familiar? Probably, as burgundy and deep red were on billboards, advertisements, magazines, and in shop windows all over the world.
This year, two colors were selected for the purpose of “challenging the traditional perceptions of color association,” as is said on the Pantone website beneath an image of flowing blue and pink fabric. The website also declares the purpose of the color choices each year, along with a listing of complimentary colors to be featured with them. Matching colors for Serenity and Rose Quartz include shades like Silver Grey, Lint (light olive green), Orchid Haze (mauve), Cream Gold (mustard yellow), Blooming Dahlia (coral), and dozens more.
The use of these colors, though not absolute, is definitely strongly suggested in the world of fashion. It is a bit of an oddity to see a collection that doesn’t follow the Pantone Matching System at least to a degree.
When asked what the Pantone colors mean to her, resident fashion student Keehle Amicon ‘19 said, “Pantone colors serve as a kind of basis for inspiration for designers. They act as a suggestion, a tool to expand a designer’s thinking and assist in finding colors that compliment their designs well.”
Keehle, an aspiring fashion designer, then went on to state, “Color is extremely important in fashion design; it can dictate how a piece of clothing is interpreted in society and make or break an outfit.”
She added, “I wouldn’t be against incorporating this year’s colors into some aspects of my designs. I would most likely use the colors to break up a darker outfit.
“For example, by pairing a black leather jacket to a flowing Rose Quartz dress, the outfit loses part of the tougher grunge vibe in favor of an edgier and stylish perspective. It’s all about the textile and how it’s used.”
Many other designers follow a similar outlook to Keehle’s, using the colors as a sort of launching point while staying true to their own style. After all, fashion is a form of artistic expression, and can never truly be dictated simply by the delegation of a certain color palette. About this, Amicon mentioned she would personally take her own spin on the colors for the year, explaining, “it just feels like the siblings Rose Quartz and Serenity are missing their middle sister, Lilac.”
This innovation in itself declares the beauty of the Pantone Matching System, through which graphic and material artists have the chance to avoid clashes with their fellows while spinning their own unique stories through their work.