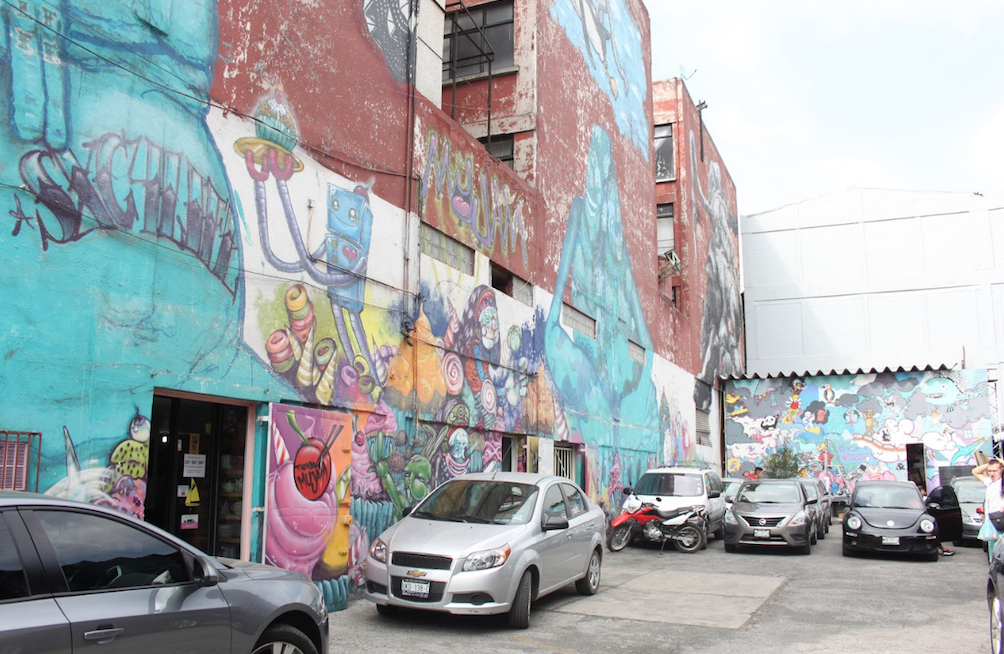 Mexico City under the radar

This oft-overlooked city offers spring-breakers on a budget a unique, cultural experience.

Looking for a cheap, historic, and exciting travel destination this spring break? Look no further than Mexico City.

With direct flights on JetBlue and Aeromexico starting at $250, there is no reason not to visit this metropolitan city filled with beautiful churches, museums, archaeological sites, and hidden surprises in between.

When we want to enjoy cities with plenty of walkable neighborhoods, cafés spilling into the street and beautiful architecture to treat our eyes, we immediately think of Europe. Mexico City, though, offers many pleasures which you may only expect from a European city.

While the city appears daunting at first—it is, after all, one of the world’s biggest metropolitan areas with nearly 22 million people (similar to the population of Australia)—you may be surprised to discover that the city has no shortage of charming, peaceful areas. Throw in a rich history, excellent food, low prices, and you have a sure winner.

While Mexico City has a reputation, it is very easy to stay safe; simply stay away from the worst areas, where you are unlikely to venture anyways. As a casual traveller, you will find the city to be no better or worse than other megacities, and might even be surprised by how walkable the central areas are! The more you look, the more surprises you will uncover.

Who thought that a great way to discover a country’s culture was through its toys? Located in a rougher neighborhood, this place doesn’t see that many tourists. All the more reason to check it out.

Once inside, you can enjoy an encyclopedic view of all the toys, superhero figures and other bric-a-brac Mexicans spent their childhood with. It is a surprisingly fun and enlightening place, and feels homey with all the toys lying around rather randomly. If you want to check out a different aspect of Mexican culture, this is the place.

Completed in the 1960s as a square, this place is really intriguing. Designed to evoke the three cultures of a pre-Columbian nation, a Spanish colony, and an independent Mestizo nation, this square is home to Aztec ruins, a medieval church, and a modern housing complex. Plus, there is an engaging museum detailing the Aztec settlement in the particular neighborhood. Even better, it is all free.

Where Mexico meets the Arab world. Designed for the 1884 International Exposition in New Orleans to represent Mexico, this very un-Mexican (well, as far as stereotypes go) structure is now the heart and soul of the Santa Maria la Ribera neighborhood.

Made entirely from steel, the structure has Islamic-inspired geometric designs, making it a good choice for the exposition at a time of high interest in the Middle East. The park it is located in is a lively meeting point for locals, and the residential neighborhood is worth a stroll too.

Locals and tourists alike throng the neighborhoods of Roma and Zona Rosa for their dining scene, shopping, and nightlife. So it is quite a surprise to bump into this little historic relic in the middle of the road. An aqueduct had been placed by the Aztecs to bring in freshwater to their city of Tenochtitlan, but the Spanish destroyed it and built another one in the same location. Today, a tiny bit of it survives, and you can see how the mighty capital of the Aztecs received its water.

Mexico City has many museums, but this one is rather unique. Located in the upscale neighborhood of Polanco, the museum is situated in a flashy uber-modern structure and is owned by Carlos Slim.

Inside, the gleaming white façade gives way to a massive collection dominated by European art, but includes some Mexican works, alongside some token works from Asia.

Works by such artists as Salvador Dalí, Vincent Van Gogh, and Henri Matisse are present in the museum, which also boasts a huge collection of pre-Hispanic and colonial coins.

While you may have heard of the famous Templo Mayor and the archaeological site at Teotihuacan, Mexico City offers a lot more for the traveler eager to just take a little closer look into a fascinating metropolis, making the city a fun destination for first-timers and return visitors alike.