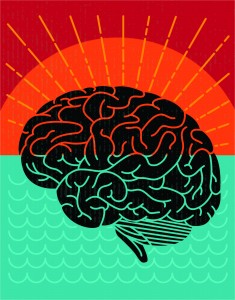 This year’s sophomores will be the last class to go through what is often jokingly referred to as the “the alphabet soup” general education system, and I find it unfair. Rollins is forcing us to get the worst of both curriculums by providing us with boring classes and progressively limited credit options.

It is hard not to be jealous of the neighborhood courses. The new neighborhoods have classes that sound far more interesting than the typical gen eds. Just this semester, some of the classes were “Creating the Comic Book City,” “Sex, Drugs, and Rock n’ Roll,” and “Jack the Ripper’s England.” These offerings are more exciting than the usual required science or history class.
Despite this, no upper classmen are allowed to take neighborhood classes, since one of the goals of rFLA is to separate class years.
Not only are our general education opportunities less exciting, but they are being phased out to accommodate the growing number of neighborhood students. Each year we will see fewer of the old general education classes and more of the neighborhood classes.
It is predicted that within three years all teachers will be teaching an average of one neighborhood or Rollins Conference Course (RCC) each year. This greatly differs from the old system where major and minor classes were often assigned a letter to coincide with class requirements. The administration is advising all upperclassmen to try and take their general education requirements as quickly as possible.
For example, it is already difficult to find a science class with an N (laboratory) letter credit.
The O-N (organic science with laboratory) credit was offered 11 times in Fall 2014 with four non-major classes specifically intended for people trying to fill their science requirement. These classes seemed relatively interesting, including courses like “Plants & Humanity” and “Human Reproductive and Development.” In Fall 2015 there are only 6 offerings of the O-N credit, and only one is for non-majors, a class called “Bio Aspects of Nutrition.”
Another change hurting upper classmen is that the PEA classes, physical education requirement, are no longer offered for credit.
These PEA classes, like “Basic Yoga” and “Recreational Scuba,” used to be worth one credit hour each. However, since students of the new neighborhoods will not receive credits for them, they did away with the credit for upperclassmen, too.
Administrators are keeping track of the number of students who still need each general education letter. They are trying to make sure there is enough room and classes for each student to finish their requirements. In two years, if seniors face issues graduating due to the restructuring, they will probably offer waivers or substitutions to ensure graduation.
Despite this leniency, the changing system can be frustrating. It is hard to know how many classes for a certain letter will be offered each year when I try to plan my schedule and map to graduation.
Scheduling is stressful enough without having to worry about classes starting to disappear. I do not like being told what order to take my classes in, especially when any potential benefits of restructuring the curriculum will only be seen by the younger classes. If the neighborhoods succeed in getting popular student support, I think that it could be a great system for Rollins.
It just might not be the best thing for my year.