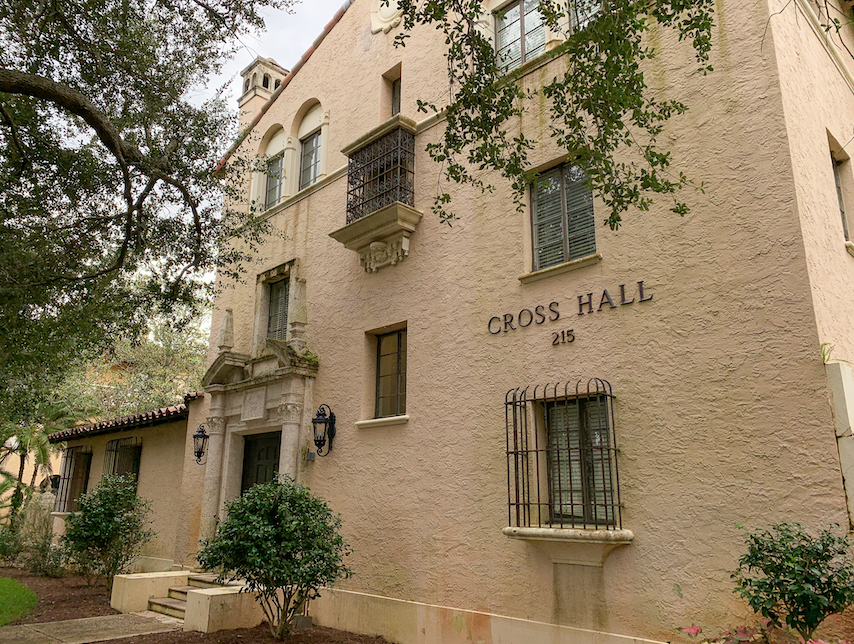 Colleges have always struggled with maintaining up-to-code buildings, especially when it comes to air quality and infestation. It’s become a cultural norm. Rollins is no different, struggling to sustain old architecture on campus.

Since Rollins’ founding in 1885, many buildings have been demolished, burned down, and built to keep up with the expanding nature of the college. During the Holt era of the 1950s, most of the current buildings on campus were created and have been slightly renovated since then. However, many students have complaints about these buildings, ranging from a fire in Cross Hall, spiders in Sutton, and mildew in Bush.

If we look at the history of Rollins architecture, there’s a clear pattern of renovating buildings only when the need comes. Maybe it’s time for some of these buildings to receive a little bit of love.

Around two weeks ago, Cross Hall experienced a small fire on the second floor, causing residents to evacuate. Cross Hall was built in the 1930s, making it one of the oldest buildings on campus. So it’s no surprise that a faulty light bulb caused a panic– and a fire.

When I spoke to resident assistant Senal Hewage (‘23), he was concerned that this incident might occur again because of the older dorm’s electrical and structural issues. Cross Hall was most recently renovated in 1972 to add air conditioning, smoke and fire detectors, and up-to-code stairs. Since then, the building has been relatively untouched for fifty years, and now a second renovation is becoming more necessary than ever.

With the purchase of Sutton Place Apartments in the 1980s, the college began expanding to the east, converting the apartments into upperclassmen dormitories. Fast forward to October 2020: ten spiders appeared in a student’s apartment over the course of two weeks. As soon as the student noticed the pattern, she alerted Rollins and waited two weeks for pest control to arrive.

Alex Heist (‘23), the student who reported the incident, said, “If it had been ten cockroaches in two weeks, I probably would be writing with more fear and anger.” When spiders appear indoors, they’re attracted by either one of two things: more insects or a lot of moisture, which can lead to mold.

Anyone who lives in Florida knows it’s impossible to escape the moisture in the air; the climate creates a potential for mold and mildew in buildings. If there is discoloration on the ceiling, everyone wishes that it is mildew, the less harmful of the two options. But you can never be too careful, which is why at the end of last year, when a student noticed what they assumed to be mold in Bush, they ran right to the faculty.

After many air quality tests, it was safe to say that, this time, the discoloration was only mildew. But what about next time? These buildings have to be able to keep moisture out, which is much more difficult in Florida. There are procedures all students can take to help, such as closing doors behind them and not leaving windows open. But we also need to hold the college responsible when it comes to older buildings not getting the attention they need.

While no major incidents have occurred since mold grew in McKean Hall in 2018, these are all symptoms of a much larger issue. Between the spiders, mildew, mold, and fire, it’s clear that these older buildings could use a touch-up.

It’s important to resolve some anxiety about safety on campus, especially in the midst of the health crisis. Renovating new buildings will protect students who spend all year living on campus and stop any major problems before they occur.

While some may say the college doesn’t have any extra money to put towards maintaining proper building standards, their argument fails when you look at the new buildings and clubs being funded. The esports club recently received new equipment, and a new building sits across from the Campus Center, but the demolished black box theater is yet to be replaced, and the oldest buildings are creating health risks for students.

Rollins should work towards prevention instead of mitigation.