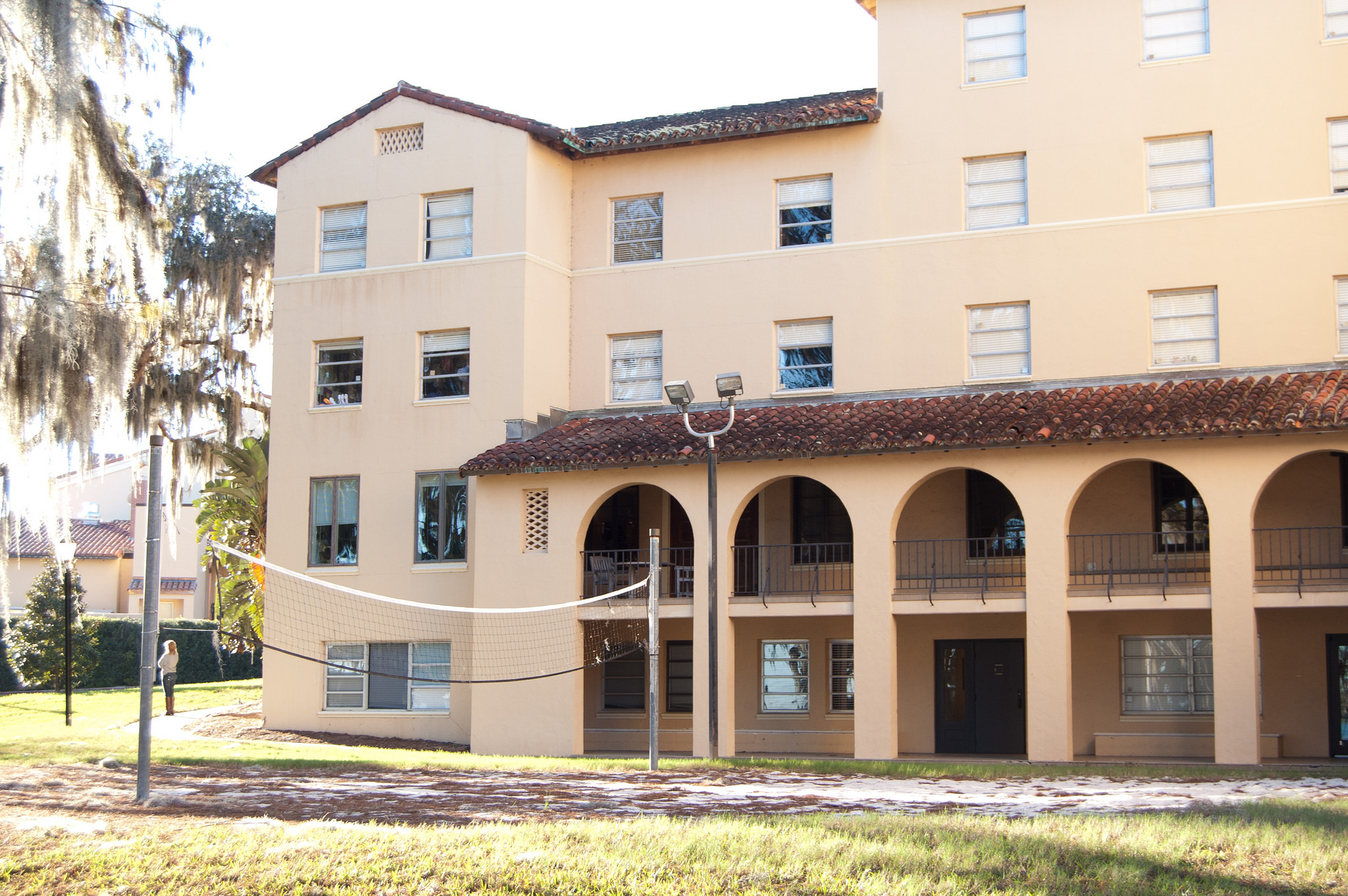 McKean’s days are numbered; Rollins is to begin construction on a new residence hall in April 2019.

The residence hall will be located on the shore of Lake Virginia next to McKean and will house upperclassmen, specifically juniors and seniors. It is projected to have over 500 rooms.

The building will feature a large swimming pool and outdoor lounge area—similar to Sutton’s pool area—as well as a fitness center and bathrooms. There will also be an indoor lounge area where students can hang out with one another and study.

The residence hall will also feature a designated pick-up and drop-off spot at the side of the building, where students can easily catch an Uber or grab a to-go bag from UberEats.

The team behind the project, which includes Scott Bitikofer, assistant vice president of Facilities Services; Leon Hayner, senior director of Residential Life & Explorations; and Meghan Harte Weyant, dean of students, hopes to turn the building into a new campus hub for everyone to enjoy.

Bitikofer said that the four-story building will feature a similar room design to Sutton, but with a twist of including more singles and more washers and dryers within each apartment.

Instead of having the standard apartment of two double rooms with twin XL beds, the students will have the option of choosing an apartment with a kitchen, dining space, living room, and four single rooms featuring full-sized beds.

When the new residence hall is finally constructed, McKean Hall will be demolished. Since McKean is currently a first-year hall, the first-years will be displaced to other residence halls on campus.

“Aren’t you excited to say goodbye to McKean?” exclaimed Weyant.

According to Bitikofer, the project is set to begin around April 2019 and is expected to be completed by August 2020, but because of Florida’s unexpected weather, this date is tentative.

Bitikofer compared the project more to a luxury resort than a residence hall: “We want this to be a place where students can truly feel comfortable and both hang out with students at the pool and lounge areas and be able to have a private space in their own apartments.”