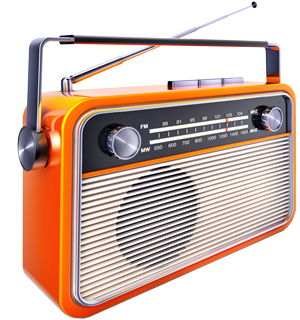 Summer is a time to relax and enjoy some fun in the sun with friends, it is also the best time to be annoyed by over-played songs on the radio—especially if they’re annoyance follows you into your fall semester.

I can accept radio airplay and publicity to be both contributing factors of a single’s success. Artists and their firms aim to have their music thrive in the Music industry. It is basic math. You can even describe it as “the Domino Effect.” The more airplay/spins equals the more your song is heard, therefore more publicity generated and more exposure to both non-enthusiasts and fanatics.

If you hate hearing a song that is overplayed on the radio, then all you have to do is change the station. It is as easy as that—but my larger point lies around the fact that it would not kill pop radio stations to have some variety in their playlists. Their claim to be “alternative”to appeal to broader audiences diminishes their credibility. Yes, pop songs are supposed to be made for pop radio stations, but it would not hurt some of them to flash to the past every once in a while and play some old tunes. Throwbacks for the win, maybe?

1) Meghan Trainor – “All About That Bass”

The catchy melody, the repetitive “I’m all about that bass” hook line, its uplifting message to thick girls promoting body acceptance using the “flaunt what you got” tagline… It was bound to be a hit. After all, it has held the position of #1 on Billboard’s Hot 100 for various consecutive weeks. In this day and age, who would be against catchy tunes that make them feel better about themselves?

You cannot deny that you have bopped your head to this one. Perry’s powerful vocals mixed with a heavy bass that lean towards an adrenaline rush sounding of trap music and Juicy J’s anticipated and catchy rap verse claiming his “shawty’s so bad.” You cannot lie. You have heard it on the radio so much that you could probably sing the song front to back while you sleep.

I do not think we need to restate what Jason demands from us. We get it. He wants us to talk dirty to him. Of course, just like any other mainstream pop song, you cannot resist the beat, hook and, quite frankly the urge to dance to it in a provocative manner. The hook line is undeniably catchy, but then again you can only listen to its repetition so many times before jumping of off a bridge begins to sound like a tempting idea

The pop-star dynamic trio filled with Grande and J’s powerhouse vocals. It was sure to be a bang-bang on the radio stations, all right. Sassy-filled verses and divas—of course you cannot exclude Minaj from the picture. Melodious, but overplayed. Although, truthfully, chances are that if we were to consecutively replay the song on vinyl (the same amount of times you have heard it play on the radio), it would break.

Some might call it his one hit wonder. Others might call it the legendary birth of a baby-bird just hatched out of his shell. It is true. His soulful voice hits us as a sweet-sounding type of pleasure to our ears. The man holds virtuosity with a mix of simplicity in both his personality and his voice. It is no wonder the song is his #1 hit single. Although, personally, I like to think the ability to enjoy a song diminishes once you hear it so. many. times. (Side note: sorry Sam Smith!)