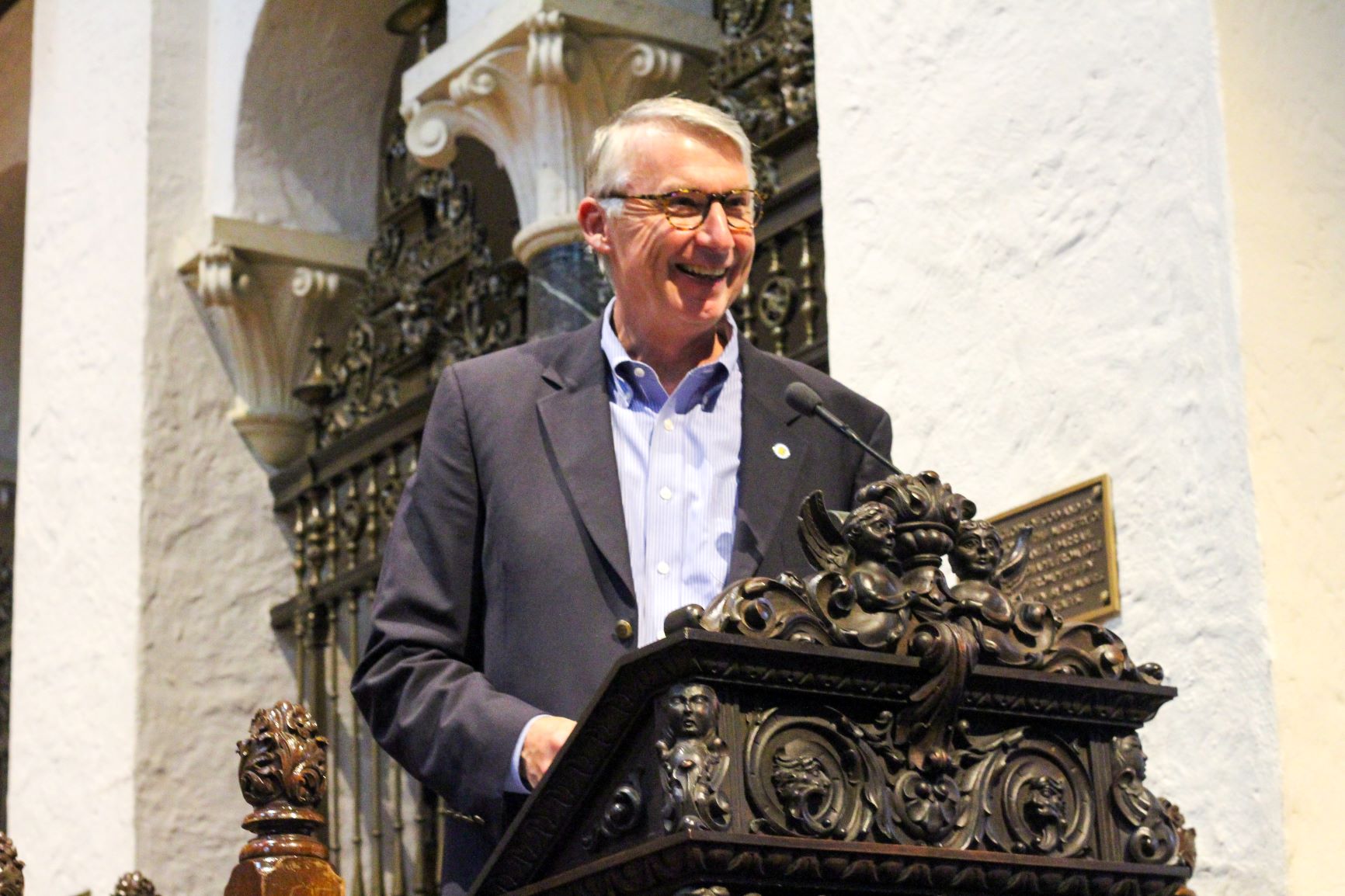 By President Grant Cornwell on January 27, 2021

The theme of this year’s Rollins programming commemorating the legacy of the Rev. Dr. Martin Luther King, Jr.—The Urgency of Now—came from a speech he delivered on April 4, 1967, at Riverside Church in New York City, “Beyond Vietnam: A Time to Break Silence,” as do the quotations in this letter.

As with so many of Dr. King’s works and words, they seem as though they were written just yesterday and to address our very current crises and struggles. Maybe this is because progress on global social justice has proceeded at such a snail’s pace that his observations and insights are as true today as when he wrote them. Or maybe it is because wisdom, real insight into justice and the human condition, is perennial. Maybe both.

Consider these words of Dr. King, which seem to me to speak directly to our current social ills:

A genuine revolution of values means in the final analysis that our loyalties must become ecumenical rather than sectional.

“This call for a world-wide fellowship that lifts neighborly concern beyond one’s tribe, race, class and nation is in reality a call for an all-embracing and unconditional love for all [persons]. This oft misunderstood and misinterpreted concept . . . has now become an absolute necessity for the survival of [humankind]. When I speak of love I am not speaking of some sentimental and weak response. I am speaking of that force which all of the great religions have seen as the supreme unifying principle of life.

Let us hope that this spirit will become the order of the day. We can no longer afford to worship the god of hate or bow before the altar of retaliation. The oceans of history are made turbulent by the ever-rising tides of hate. History is cluttered with the wreckage of nations and individuals that pursued this self-defeating path of hate.

We are now faced with the fact that tomorrow is today. We are confronted with the fierce urgency of now.”

I cannot improve upon these words or sentiments. What I can say is that I struggle to rise to their call. I am angry that white supremacism has been lifted up in recent times so that it is not seen by some to be a moral embarrassment but a moral cause. I am angry that hate and division have been deployed without compunction as a political strategy. And I am angry that the foundational tenants of this nation’s democracy have been systematically, aggressively, and strategically undermined with a campaign of disinformation.

It is difficult for me to entertain thoughts of unconditional love for all persons right now, nearly impossible to resist a yearning for retribution and accountability.  We do see, however, in the recent events in our nation, that hate and anger are toxic emotions; they poison the souls of those motivated by them.

Thus, I choose, in Dr. King’s words to his audience in the Riverside Church, to “rededicate [myself] to the long and bitter—but beautiful—struggle for a new world.” I choose to respect the humanity of those with whom I bitterly disagree. I choose compassion towards those who are deluded by demagoguery. And I choose imperturbable, relentless conviction that, as Dr. King often reminded us, “the arc of the moral universe is long, but it bends towards justice.”

A version of these remarks was delivered at the annual Dr. Martin Luther King Jr. vigil on January 18, 2021.