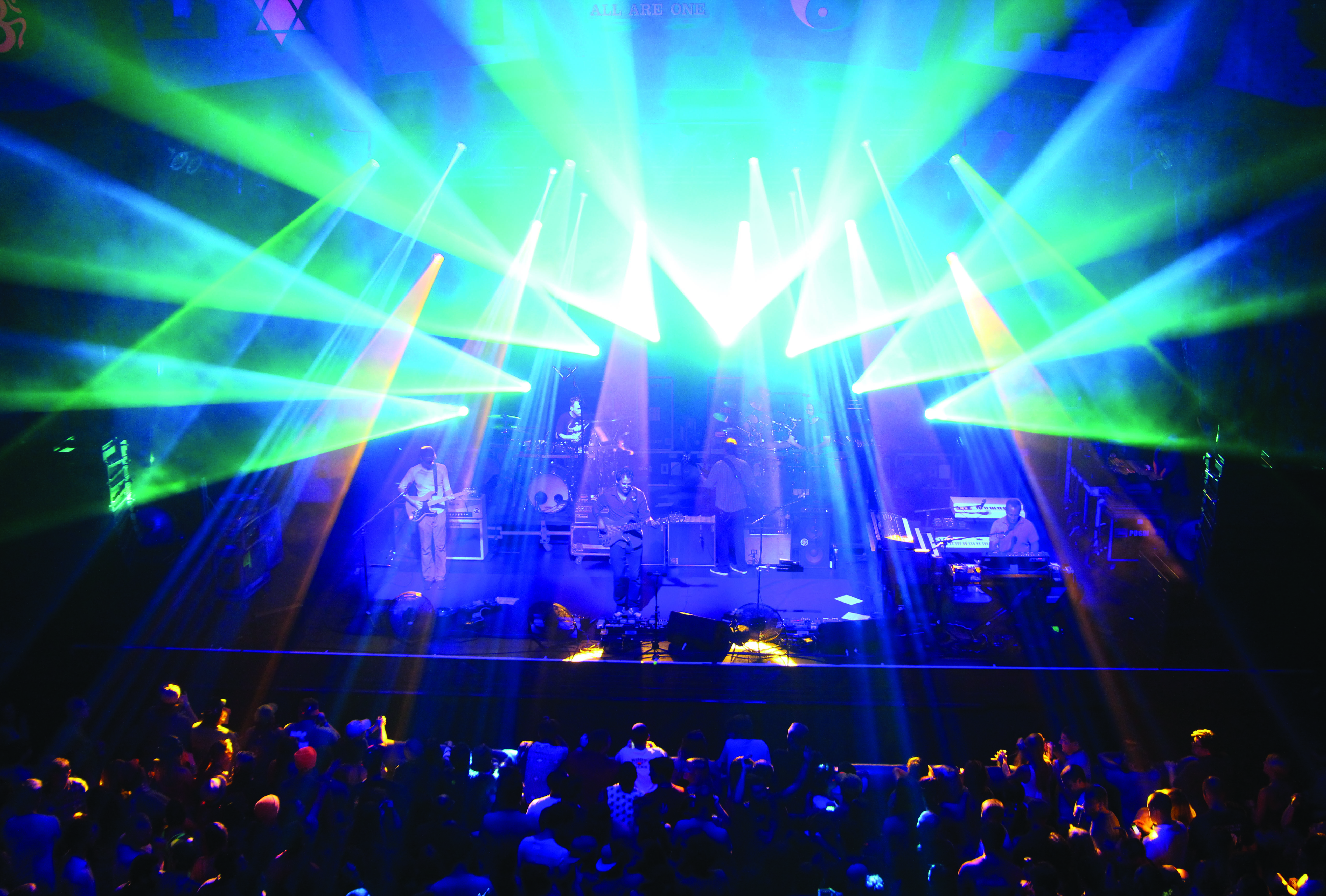 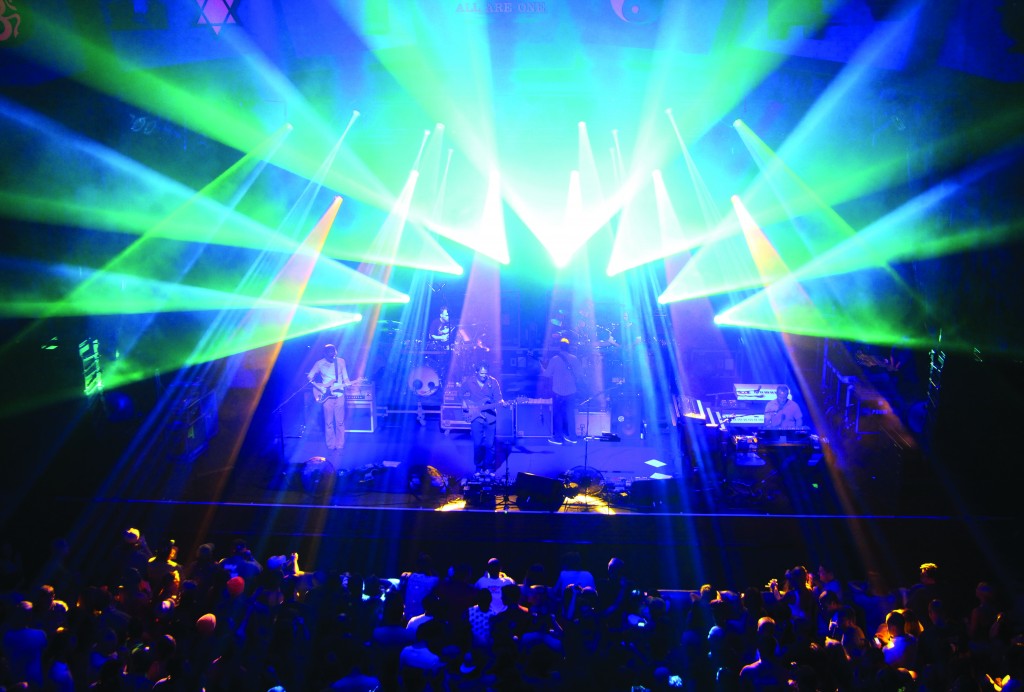 Saturday night at House of Blues began with an extra jammy set from the Heavy Pets, perfect for warming up the crowd for the melodic odyssey that would follow. Umphrey’s opened with a high-energy “Domino Theory” to kick off the weekend. Highlights of the first set included a spine-curling “Sociable Jimmy” which smoothly-gave the crowd “Room to Breath.” The peak of the set was the closing sequence, “All in Time” into “Upward” back into “All in Time,” which contained an outstanding percussion duel between Kris Myers (drums) and Andy Farag (percussion).

The second set was when the big guns of the night really came out. The highlights of the set were a very thick, groovy “Wappy Sprayberry” which morphed into “Phil’s Farm” followed by a cover of “In Bloom” by Nirvana, making the crowd come alive.  Following the cover was a beautiful “Puppet String,” which eased into “Intentions Clear” into “Final Word” into “Much Obliged” and ultimately back into the closing portion of “Puppet String.” This set-closing rock & roller coaster left the ocean of UMPHreaks screaming for more. After a fantastic two-song encore, “We’re Going to War” by Mark Knopler and “Partyin’ Peeps,” the crowd was still hungry for more; and more is exactly what we got in St. Petersburg the next night.

For the second night in a row, the Heavy Pets opened and set a great tone to the evening. Due to sound ordinances at the Janus, the show had to be over by midnight; so, by 6:30, UMPHreaks had flooded the venue, and Umphrey’s was on by 7:30. They opened with “Drink My Drank,” which was coincidentally what I had guessed before the show had started. From the beginning, the band brought the thunder and it was clear this night would be a completely different animal than the previous. As the smiles grew on attendees’ faces, the band signaled each other for lift-off and launched into a sensational “Mulche’s Odyssey.”  Next was “Nemo,” which increased the amount of air guitars in the crowd exponentially with its heavy, progressive jamming. The next big gun in set one was a massive “Bridgeless,” which hit possibly the highest peak of the night thus far. The set concluded with a rocking cover of “Rock the Casbah” by The Clash into a tasty “Slacker” featuring Jake Cunninger (guitar) on keyboards. After an absolutely unreal first set, fans were begging for more…

The second set was about as flawless as they come. It opened with a sky-splitting rendition of “The Linear” into “The Triple Wide,” in which the band really caught ablaze. At this point, the sun had completely set and lighting designer, Jeff Waful, transcended the audience through time and space. As the set progressed, “Deeper” got especially funky and featured an “Xxplosive” by Dr Dre tease that made the crowd go wild. Bassist, Ryan Stasik really shined during one of the highlights of the weekend, “Utopian Flair,” sandwiching an Earth-quaking rendition of Frank Zappa’s “Willie The Pimp.” The closing leg of the set featured a weird and wild cover of Rush classic, “Tom Sawyer” and ultimately a high-flying “Miss Tinkles Overture.” After a brief departure, the band performed a final two-song encore to close out the weekend in tremendous style: Van Halen’s “Runnin’ with the Devil” followed by Umphrey’s classic, “In The Kitchen.”

Overall, the UMPHlorida run was incredible – some of the best music I have seen to date. The shows have made me extremely excited to see two more sets of them this year at Bear Creek Music and Arts Festival, happening this November at Spirit of Suwannee Music Park in Live Oak, FL. Between the captivating performances, mind-bending improvisation, incredible energy, mesmerizing light shows, and amazing fans, Umphrey’s McGee is without a doubt something far bigger than a band; they are an experience.