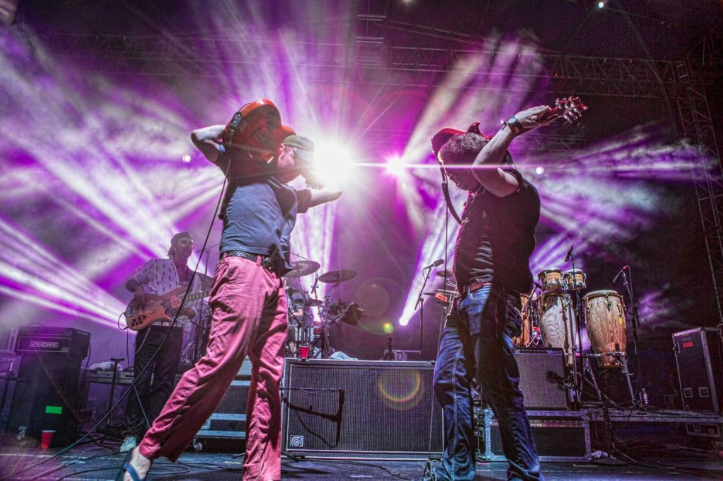 This weekend the ferocious face-melting force that is Umphrey’s McGee will be invading Florida.

Coming off of their newest album release, Similar Skin, the premier release from their record label, Nothing Too Fancy Music, the relentless touring machine will be conducting a two-night UMPHlorida run that includes stops at the House of Blues Orlando (Saturday 8/30) and the Janus Live in St. Petersburg (Sunday 8/31). With a musical repertoire that spans from jazz, funk and progressive rock, to classic rock and roll and heavy metal, Umphrey’s has become an unmatched force in the world of live music. Each show is unique in itself and based on live improvisation and raw emotion.

Since forming on the Notre Dame campus outside of South Bend, Indiana in 1997, Umphrey’s McGee has destroyed countless dance floors across the country and rocked the main stages of copious major festivals such as Bonnaroo, Hangout, Wanee, and Summer Camp (which they host). They will also be headlining Bear Creek this November at Florida’s own Spirit of the Suwannee Music Park.

Be it a festival or concert experience, the band has become a powerful artistic entity that manifests an unmatched experience. Between the intensity of the music, the emphasis on crowd interaction, and the unparalleled light show, Umphrey’s McGee is more that just a band, they are a feeling; an experience all their own.

Don’t miss out on this opportunity to see one of the greatest rock bands of our generation. Tickets can be purchased online here: