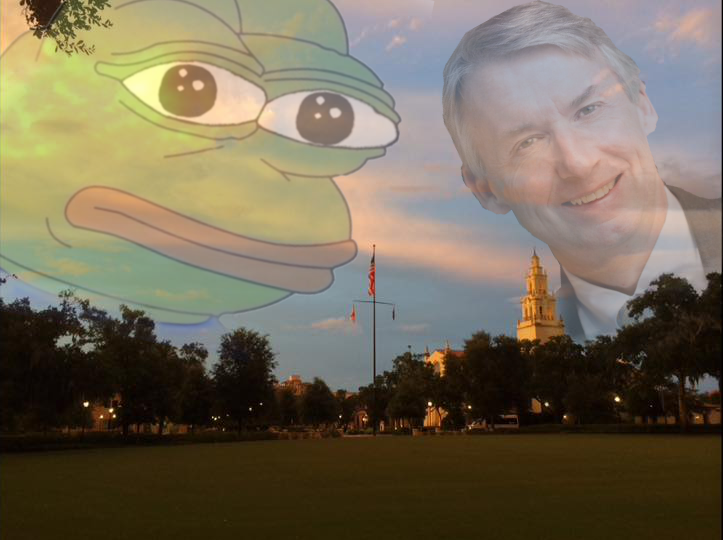 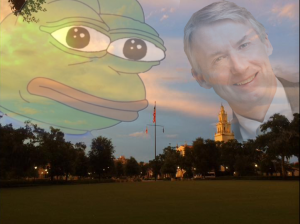 Following Rollins’ recent decision to offer several career-oriented majors, such as one focused on memes, students and professors alike are terrified about students actually being able to find jobs after graduation.

“I just don’t know what I will do, like, without the liberal arts it will be so difficult for me to follow any career path, that I, like, actually want,” said Jazzy Snails ‘16, a current senior who wanted to make sure it was emphasized that she was “very concerned for future generations of students.”

“This is just a disgrace to the name of Rollins College. I can’t believe our new president would let this happen,” said Dr. Minus Maths, a professor of business. “Students need a well-rounded education—that’s why they come to Rollins in the first place!”

After much fighting in the faculty meetings and to the disappointment of much of the staff (it only passed by four votes), Rollins will offer the following majors starting in fall of 2018 in addition to the study of memes: pharmaceutical science, radiology, dog walking, sound engineering, air conditioning repair, nursing, yoga instruction, professional Vine production, mom’s spaghetti, and babysitting. The school will also be expanding their existing “Create Your Own Major” program, and prospective freshman Pepe Yee has reportedly already declared he will be creating an alien tracking major.

“Someone’s gotta do it,” said Yee.

Despite the uproar from many faculty, staff, and students who do not want to see the liberal arts education fall by the wayside, some are extremely enthusiastic about the change.

“This is really great for me. I didn’t want to come to Rollins, but it’s the only place that accepted me. And now I’ll be able to get a career without any of that liberal crap. Now, I can take just good ole-fashioned conservative classes and learn more about why Donald Trump will make America great again,” said John Smith ‘20, a freshman (it is possible that he misunderstood the question, potentially because the bright pastel-green of his Vineyard Vines shirt was blocking his other senses from functioning).

Some students agree with the changes for more logical reasons, like the fact that the degrees will take less time to complete, and that they will offer a quicker avenue into the professional world.

“I’m so excited for this change. Now I don’t have to learn about history, or critical thinking, or global citizenship, or any of that crap,” said Catherine Largebusiness ‘18. She quickly added, “All of the Gen Eds are such a waste of time. Now I’ll be better prepared to take on the career that I’ve always wanted: cosmetology.”

“Memes are life. Memes are love. If Rollins adds a meme major, I’ll come get an additional undergraduate degree, and then I’ll get my master’s and doctorate as well,” said Andrew Fridge ‘16, a senior. “All I want is to teach others about memes for the rest of my life.”

The new majors will hopefully draw more freshmen to campus next year, which will help Rollins grow and expand. With enough new students and revenue coming in, the school aspires to raise enough money to purchase the entirety of Lake Virginia.

“Really, our end goal here is to purchase the lake so that we can start offering mermaid training, fishing, and lifeguarding majors as well,” said one school official, who wished to remain anonymous due to the secret nature of the plan.

“But, seriously,” added the school official, “this change will be great for the school. More majors. More people. More money. What’s not to love?”