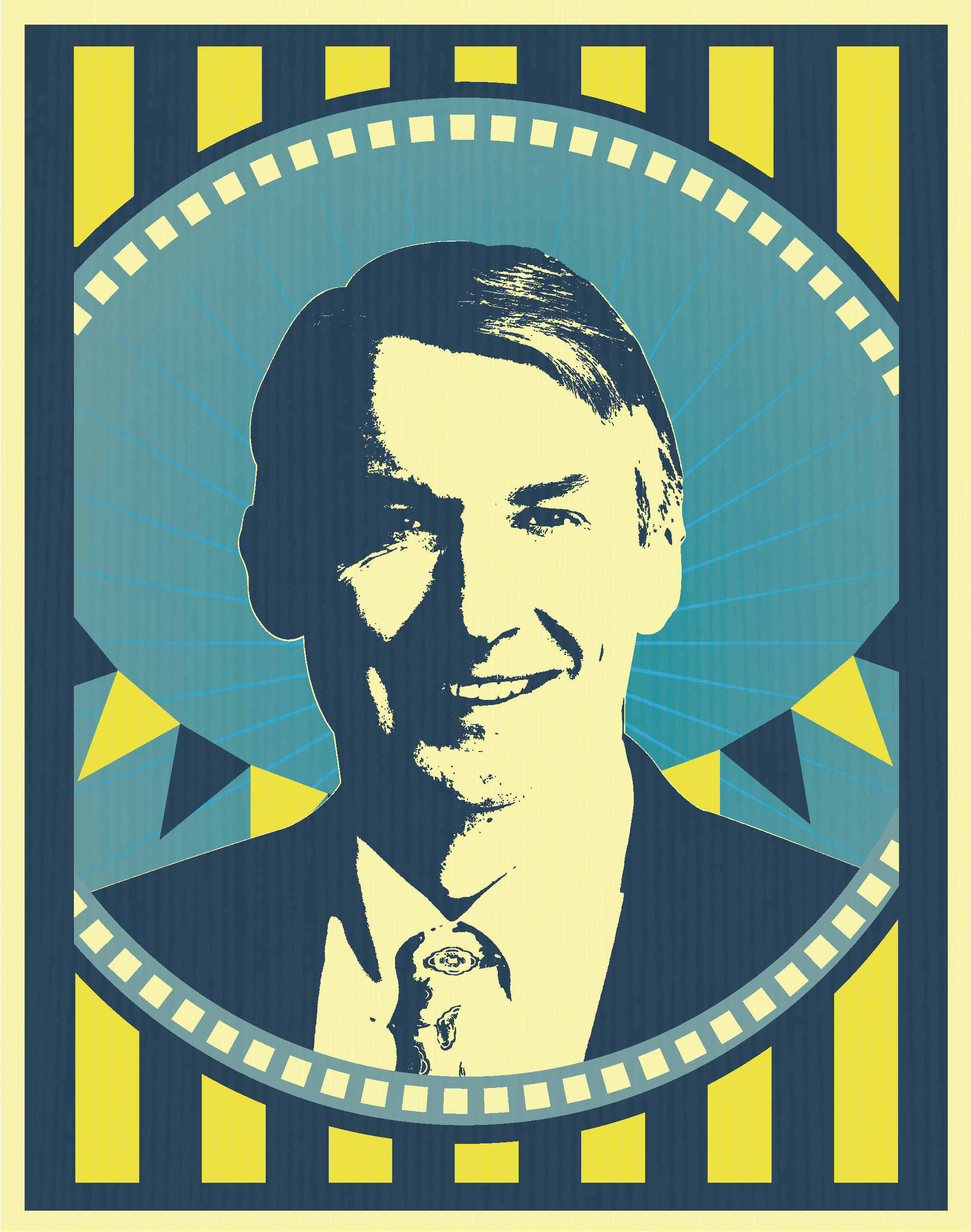 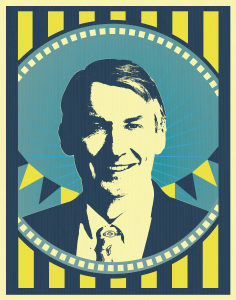 Last Thursday evening Rollins College announced that Grant Cornwell, the current president of The College of Wooster, will become our new president. The Board of Trustees officially elected him as the 15th college president that morning. A meeting was then held to introduce him to the faculty and allow them to ask questions.

“They made it very dramatic,” said Dr. Jennifer Cavenaugh. “The door opened, and he and his wife walked through. He immediately pulled up a chair and sat down. It was clear he was somebody who wanted to engage in dialogue.”
The new president was officially introduced to the rest of the campus at the start of the rFLA launch at noon on Friday, February 20. Mills Lawn was filled with students, faculty, staff, and members of the community waiting for Cornwell to speak on stage. Before introducing him, several members of the search committee spoke about the process and how they decided Cornwell was the best candidate. They also introduced his wife, Peg, who has college administrator experience and worked as a banker. Cornwell and his wife attended several of the launch events and the community dinner that evening.
“The fact that he’s married to a banker should be interesting. . . It seems like we’ve been having this trouble with A&S and CPS and right here, we’ve got them sort of married in a very real sense,” said Dr. Erik Kenyon, Professor of Philosophy and Religion.
Cornwell got a bachelor’s degree in biology and philosophy from St. Lawrence University, and he received a master’s and a doctoral degree in philosophy from The University of Chicago.
He then worked as a faculty member, Vice President, and Dean of Student Affairs at St. Lawrence. Most recently, Cornwell served as the President of The College of Wooster for eight years.
“I think a lot of my scholarship has been about defining liberal education for the 21st century. . . I don’t just have a background in administration. This is what I think about. This is what I write about. This is what I live and breathe. And so I look forward to bringing those thoughts to Rollins,” said President-elect Cornwell, who has written and advocated for the liberal arts for many years.
Wooster is a private liberal arts college located in suburban Ohio; it has an undergraduate size slightly smaller than Rollins, with about 2000 students, and 171 full time faculty, compared to Rollins’ 211.
“I didn’t really mean to leave Wooster. It’s a great place. But I find the opportunities here, the possibilities for Rollins, so rich,” said Cornwell. “I think Rollins is so tuned as a college for the 21st century, because of where it’s located, and because of how it can actually draw a kind of diverse student body that would never have been possible at the other colleges where I worked.”
Though he does not have any changes specifically planned for next year, one idea Cornwell has is to open The Barker House, the president’s residence on campus, up to the community more. He wants to have dinners and meetings with faculty, students, and staff in his house, something he did with success at Wooster.
Cornwell points to how he handled the budget at Wooster as an example of his experience balancing a college’s budget. According to a recent article on The Chronicle of Higher Education, Cornwell cut Wooster’s budget by 3% after listening to students, faculty, and staff’s ideas for small ways to save money instead of increasing class sizes or raising tuition.
“Every college has budget issues. . . I’m not the least bit nervous about them,” said Cornwell, regarding Rollins’ budget issues last year.
There were over 100 applicants for the position. An outside search consultant and a search committee made of faculty, staff, and students have worked since the summer to attract candidates to Rollins. The search committee was unanimous in its decision to recommend Cornwell for the position.
“I honestly can’t believe we found someone so perfect. He not only met all of the criteria that we listed out, but he has the most phenomenal personality. He is definitely the type of person everybody wants to be around,” said Elise Ablin ’15, President of the Student Government Association and a member of the search committee.
Current Interim President McAllaster, the prior Dean at the Crummer Graduate School of Business, took the position after President Lewis Duncan stepped down in the summer of 2014. He will begin his postponed sabbatical shortly after Cornwell takes over the position on July 1st.
“He wrote the book on the liberal arts, and so he understands it, and I think he can bring us together,” said McAllaster, who refers to himself as president fourteen and a half. “Four colleges, together, is one Rollins, one faculty, one mission. I think that’s going to be his legacy.”