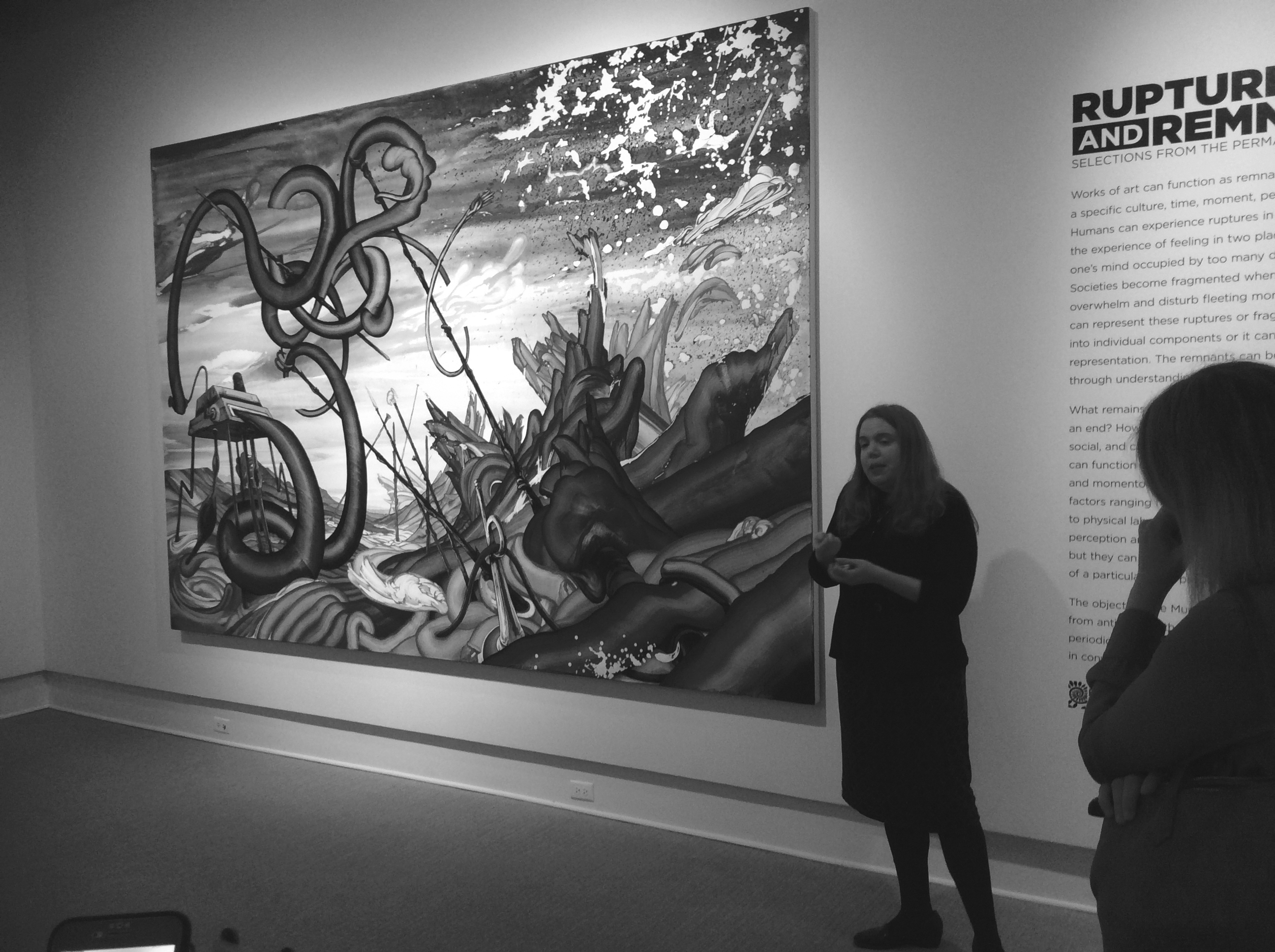 It is with bittersweet sentiments that Rollins bids farewell to Dr. Amy Galpin, the enthusiastic, dedicated curator of the Cornell Fine Arts Museum for the past four years.

Galpin’s boots will be hard ones to fill as she leaves us to become the curator of the Frost Museum in Miami, where her area of expertise will suit very well to both her new position and the city.

She is primarily a curator of contemporary and modern art, with particular emphasis on the art of the US and Latin America. She also has a fascination for border culture—art that talks about moving back and forth between nations.

This fascination played a huge part in her curating of CFAM. Artists such as Wanda Raimundi-Ortiz and Jamilah Sabur have been invited to Rollins, with CFAM sometimes being the first museum to acquire their work. Galpin argues that there is a need for more museums around the country to recognize the talent of Latino artists in the U.S.

Galpin originally came to Rollins out of curiosity about liberal arts education; she had never worked at such a small college before.

When discussing the highlights from her time at Rollins, Galpin emphasizes her work with students, in particular having students as the curators of certain exhibitions.

“I really want to demystify the experience of working in a museum and give them valuable resume experience,” she explained.

She also takes pride in the acquisition strategy she and her team brought to CFAM. Thanks to it, the permanent collection now contains a significant number of artworks from black artists such as Elizabeth Catlett.

These are the experiences Galpin hopes to match or surpass at the Frost Museum.

Few cities in the US are as immersed and enriched with Latin culture as Miami is, and few cities therefore have such a collection of Latino artwork. Galpin hopes not only to work with the museum’s current collection, but also to work with local Miami artists and promote their work.

One of her goals lies in creating a unique cultural experience.

“I want to have a mix of artists who are at different points in their career to create a dialogue between works across generations,” said Galpin. “It’s important to me to not just be a museum in New York—to present a point of view that’s different.”

The Frost Museum’s new curator has reinstallation plans for the museum’s permanent collection, and she plans to continue to research in her field. She is also planning an exhibition of contemporary artists currently living in Miami.

When asked what she will miss the most about Rollins, Galpin did not hesitate to mention the people she worked with at CFAM, with whom she had the strongest relationships.

Dr. Galpin thanks her director, student interns and employees, and all the other people she has worked with and met during her time at CFAM. She is incredibly grateful for the support she has received, and the ease with which she could bounce ideas off of others. The Sandspur wishes Dr. Galpin all the more success and fulfillment in her new position at the Frost Museum.