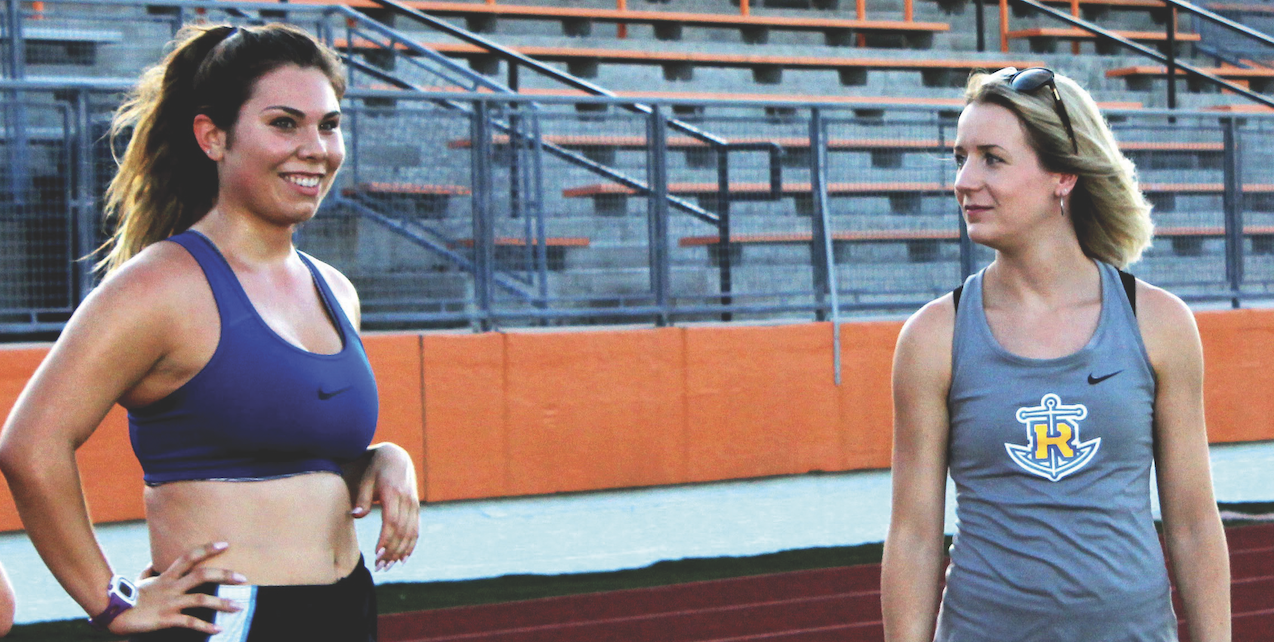 For Head Coach Kaylyn Christopher, this season is the beginning of a new era for Rollins’ Cross Country team.

Christopher, who has been involved in running since elementary school, became head coach of the Men’s and Women’s Cross Country programs this June.

She began her running career as a sprinter in eighth grade, but when she began high school, her cross country coaches convinced her to try long-distance running.

Ever since then, running has been “a complete and total lifestyle,” said  Christopher.

Christopher never thought that she would be coaching cross country despite having toyed with the idea as a college athlete.

While working as a journalist in Fairmont, she covered events at the university. Her field work as a writer led to a professional relationship with the university’s athletic director, and she eventually gained a coaching position.

Christopher said, “Coaching was a part-time, side gig that I did for fun in addition to my full-time job, but slowly over time I started to realize that this could be an option for me that I could do full tilt.”

Christopher believes that coaching is not just about the work on the track, but also about helping runners in all aspects of their lives. She follows the example of those who coached her while she was an athlete.

Even now, Christopher maintains close links to former coaches and even trained with a past coach for the Columbus Half-Marathon last year. She is passionate about creating the same positive impact on her runners that her coaches did for her.

When asked about coaching Cross Country at Rollins, Christopher smiled and described the school as an environment with a “shared goal and sense of support for all of the athletic programs” and “not only focused on making the teams as good as they can be, but are focused on the students.”

So far this season, three athletes have set personal records: Ryan King (‘21), Jack Gabriel (‘ 20), and Nicole Rodriguez-Martinez (‘23). The team plans on carrying this momentum through this season.

Christopher wants to continue the team’s success by increasing the roster of runners and cultivating a positive team culture.

She also plans on recruiting athletes from the newest freshman class and current transfer students, all while building “a shared mindset that we’re here to make ourselves better every day.”

There are unique challenges that come with coaching a sport like cross country, in which althletes compete by themselves yet are scored as a team.

Christopher must balance coaching each athlete to do their individual best while maintaining a sense of camaraderie and competition within the team.

With Christopher’s coaching, the team hopes to be remembered for its broken records and fierce competition.