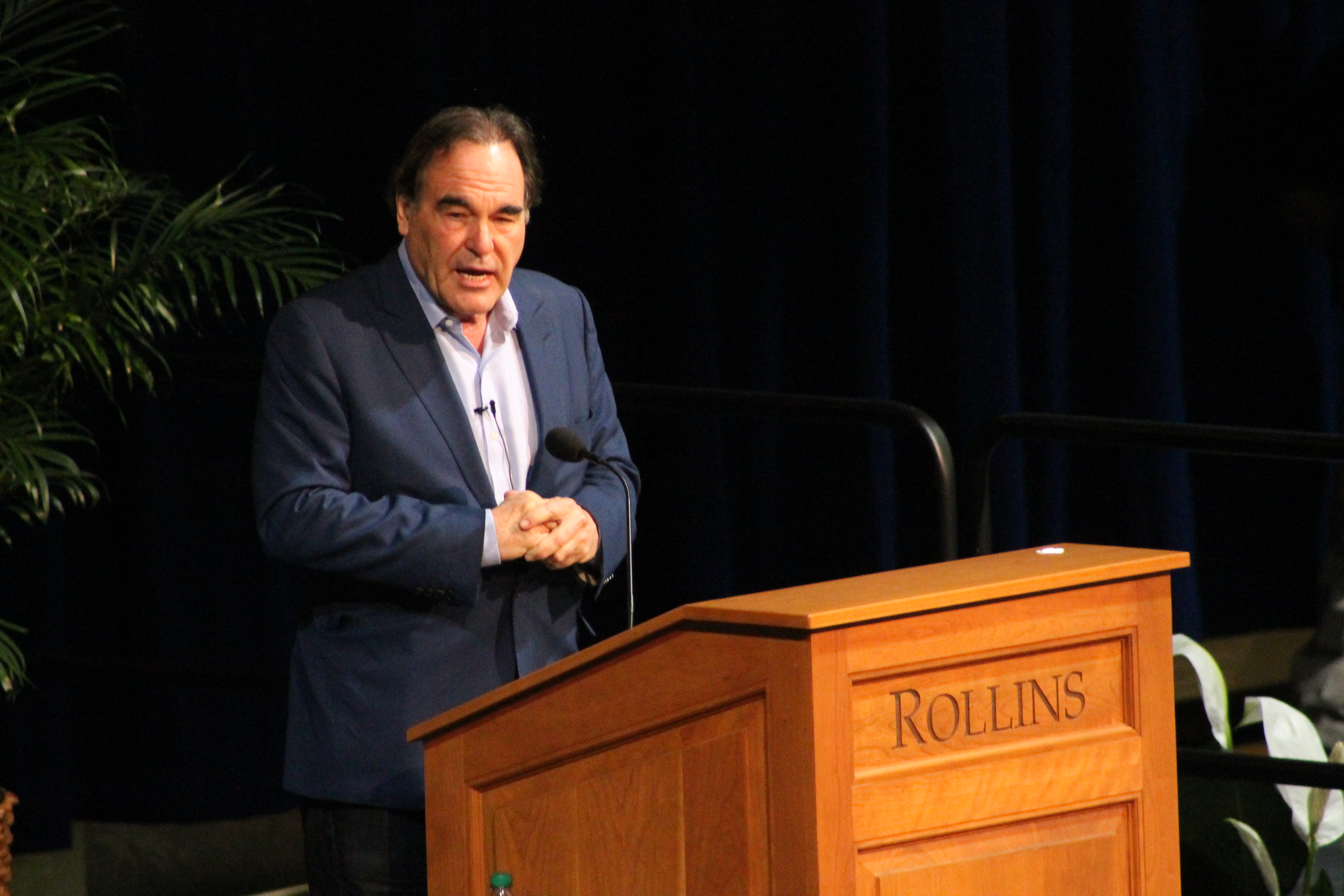 The Speakers that Don’t Show Up

Ah! It’s another Thursday night and there is a renowned speaker meandering to Tiedtke Hall or The Alfond Sports Center. Whether you know them or not they will be there. It’s another event put on by the Winter Park Institute – free and open to the public of Winter Park. But who exactly are these speakers that a majority of the campus won’t know the majority of the time? How is it that Neil DeGrasse Tyson, Ellen, and Phil Collins were unable to come but other speakers, who seem to have no connection with the young audience of Rollins College, can? Is our tuition funding these “free” events? These are questions that aren’t naturally dwelled upon aside from: “Who is this guy?

The speakers are nominated by the faculty nomination call every fall and the collection of names are suggested. Reviewing the suggestions submitted, the faculty advisory committee votes on which one interests the majority. The nominations are prioritized by popularity. Students do in fact have the power to make suggestions as to who they would like to see. o. When mentioning the rumor of Ellen not being allowed to speak a few years ago, reasoning for this as stated by Sinclair was that Ellen was not, ‘denied for not being academically appropriate’ as it had been rumored amongst students. Scheduling was actually the issue. As it was with Phil Collins, J.K. Rowling, and recent city wide anticipated guest and astrophysicist Neil DeGrasse Tyson, who is currently filming. Both Neil DeGrasse Tyson and the Winter Park Institute extend their sincerest apologies.Another reason behind large and popular speakers ‘ failure to grace the stage is that with names that big and demanding, it becomes difficult to pay for them to visit as well as find a date when they are not already booked. All things considered, the Winter Park Institute strives to bring scholars and profound speakers from all backgrounds, especially speakers who are relevant to the times we live in. Nicholas Kristof and Sheryl Wundun, for example, were brought in last year in correlation to the RCC’s summer reading, Half the Sky a novel that focuses on the sex trafficking of women and their battle for equality. Every event also has a student component or catered event varying with the scholar. They have the option to come into classrooms or have open forums exclusively for students. To quote Sinclair, “We do try to be rather widespread in the areas we bring in so that eventually we hit all disciplines… [we] also do not want to be pigeon-holed.” As the Winter Park Institute continues to keep up the tradition and strive to appeal to all fields,.We hope that as the years go by, more and more academic figures and celebrities alike will continue to come speak at Rollins College.