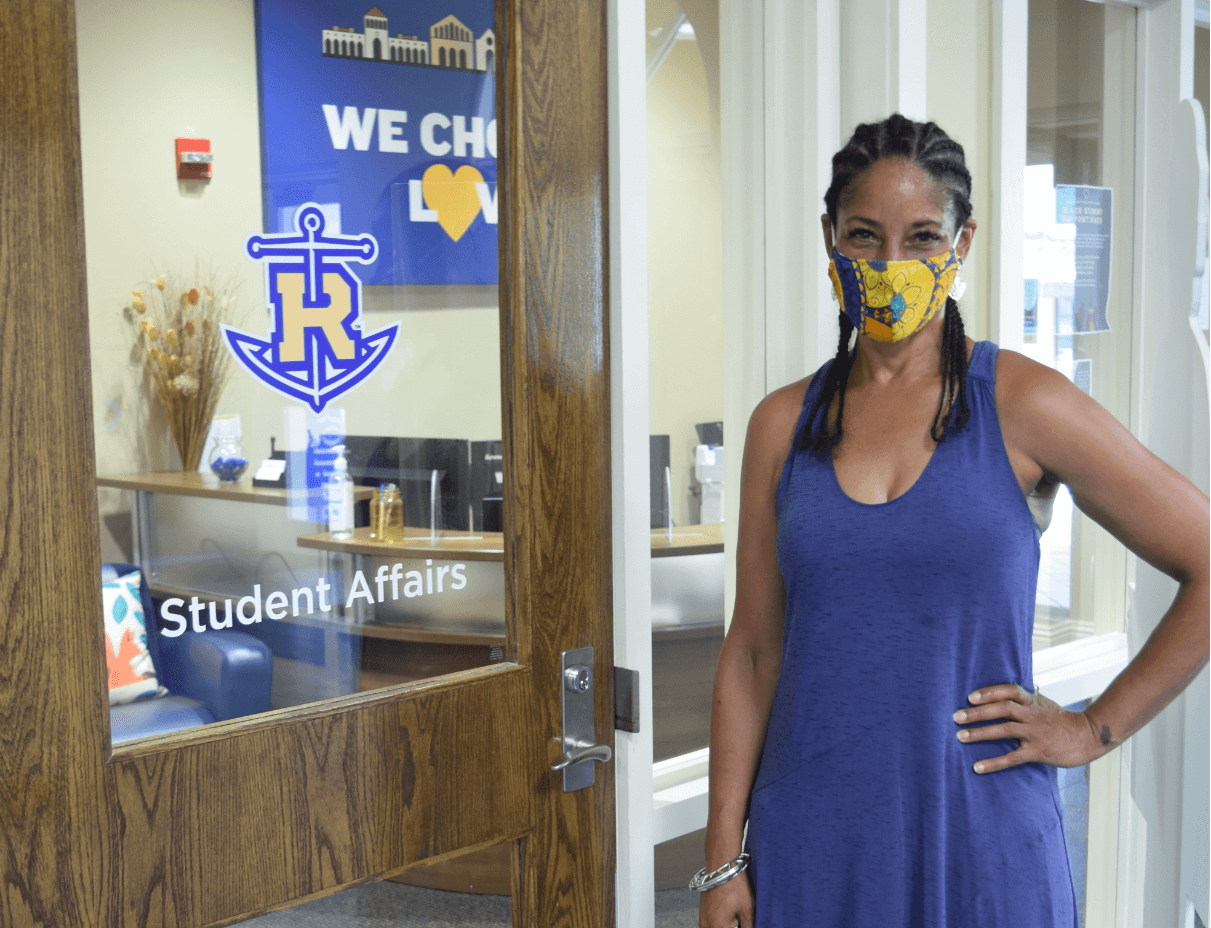 To step into Donna Lee’s office is to get a glimpse of her life story. The walls are lined with colorful posters, a former student’s self-portrait, and pieces of art gifted to her by colleagues. A doll from her hometown of Jamaica in Queens, New York sits beside an African candle. She even displays “vintage” copies of Brushing — Rollins’s literary and arts journal — that she has collected from over a decade ago.

Lee, vice president of Student Affairs at Rollins, is a true New Yorker, having spent much of her childhood in Jamaica, Queens; Hempstead; and Sag Harbor. She first worked at Rollins for 13 years, from 1995 to 2008. During the next 13 years, she brought her expertise to a range of liberal arts schools, such as Agnes Scott College and Macalester College.

“I believe I was purposed to leave Rollins when I did to learn, to grow, to find my voice as a Student Affairs leader and educator, and for whatever reason, the Universe opened the possibility for a return to my home,” said Lee.

Student Affairs acts as a liaison between students and administration.

This team of individuals is committed to getting students the help they need, said Lee, whether it be resources for academics, international students, housing information, special accommodations, or encouragement and support.

Lee’s educational background plays an integral role in her ability to provide support for the students at Rollins. During her freshman year of college, she felt the loneliness and depression that continues to plague students on a global level.

“The transition to college is hard. I fully recognize that. I think it’s so important to feel okay with asking for help,” said Lee.

After a year and a half of college, financial burdens forced her to leave school, and in an attempt to pay off her student loans, she signed up to join the military.

Lee’s experience in the army also relates to her experience as a woman in education. As a female in the military, Lee was often the minority.

She said, “I always had to assert myself and use my voice in a way that I knew I wouldn’t have to if I were a man. They brought out an inner strength in me that I didn’t even realize that I had.”

Lee believes that women have a unique ability to lead in ways that are relational and empowering. She said, “There is a beauty to what a woman brings to the table. I’ve found that I don’t have to take on a male form of leadership to be successful, that I can, in my way, still lead as a woman, and be sometimes even more effective.”

Lee makes herself accessible to students by walking around campus whenever she can. She is inspired by the energy of student interaction, which is why she loves the view from her office window.

Lee said that one of her biggest concerns is the way that phones are cutting students out of their environments. It is difficult for students to adjust to college life when they are not fully present, Lee said. She makes a point to engage with students on a daily basis, valuing eye contact and social awareness.

“Donna loves students and cares deeply about the institution,” said Meyer. “People are drawn to her positive energy, intellect, and pure goodness. She is an advocate of the holistic educational experiences for students and will be a leader in collaboration and partnership across campus.”

Hayner said, “I am thrilled that Donna is back at Rollins. She is a well-respected and trusted leader in higher education. […] Faculty, staff, and students will find Donna to be an engaged partner and passionate advocate.”

After years away, Lee said she could not be more thrilled to return to Central Florida. She attributes much of her passion for service leadership to her mother, who recently passed away.

“There is still the same spirit here,” said Lee. “Even though students have evolved, I still recognize the student who comes to Rollins; that student who is eager to make a difference in the world and wants to jump right in! That’s a Rollins student.”