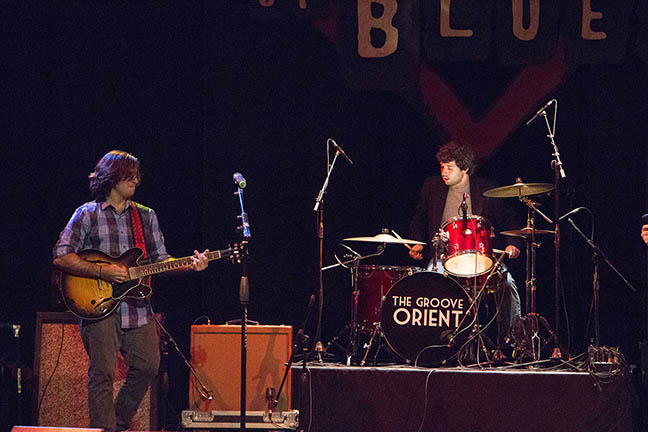 TGO rocks the House of Blues 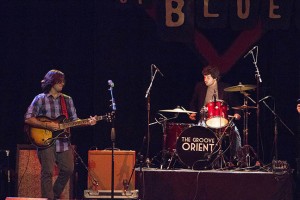 As the searing psychedelic echo subsided and the house lights illuminated, the House of Blues erupted in a joyous cheer. The Groove Orient had just concluded one of the most monumental sets of music that they have played to date as they thanked the electric audience and left the stage.

It was Jan. 30, and Rollins College’s favorite face-melting fivesome had just celebrated the release of their first full-length album, Generation Y. Their short but energy-filled set showcased the band’s multiple dimensions and their undeniable showmanship.
The celebration began with “Mother Mary,” one of the tracks from the new album. The heartfelt tune featured elements of soul and gospel and provided an uplifting starting point.
Next, “Bananas” allowed the band to really heat up and as guitarist Chuck Magid’s notes sliced through the rhythm like a razor, the energy in the room was palpable. The climax of the song evoked an audience-wide dance party as the entirety of the crowd was on their feet.
Later in the show, “Fatima’s Sensation,” another track from Generation Y, slowed things down and exemplified the band’s jazz roots.
After a brief calming down, Deep Purple’s “Highway Star” raised the energy once again. The classic rock anthem culminated in one of the most intense melodic peaks of the evening and was arguably one of the best renditions of the cover that the band has ever played.
With time almost out, the band quickly segued into “Generation Y,” the namesake of the new album. Building off of the high energy, the deliciously dark track showcased the eviler side this powerful five-headed monster and transcended the audience into another world. Harry Ong’s soulful voice blended perfectly with Tommy Shugart’s keystones and Magid’s atmospheric psychedelia as well as the rhythm’s strong percussive foundation established by David Venagas and Paul Terry.
Overall, the only downside of the show was that it did not last twice as long. Musically, the band was tight and pristine and clearly having the time of their lives, which of course translated to the music.
The roller coaster rock show was a melodic odyssey spanning through many genres. With this show, the Groove Orient secured themselves as one of the Orlando-area’s premier live acts.