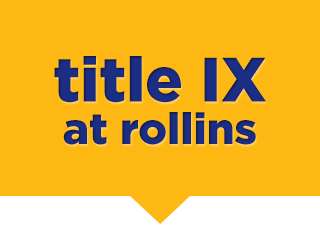 With campuses across the nation going up in arms about the Safe Campus Act, Rollins decided it would be best for students to understand what the act would entail should it become a law.

Last Thursday, Rollins’ Panhellenic and Interfraternity Council held a forum to educate students on the Safe Campus Act. A lawyer from the firm Alexander Degance Barnett explained the bill at the Bush Auditorium, nearly filled to capacity.

The Safe Campus Act was introduced to Congress in July and would affect any college that receives federal or student aid, meaning essentially every school.
The act states that the law would apply only to students involved in cases of sexual assault, which means that any other crimes committed, such as theft or vandalism, would not have to be reported to the police.

Sexual assault would be defined by the jurisdiction, which in Florida is rape, sexual abuse, or battery. Once the student reports the assault to the college, they must tell the police within 48 hours for an investigation to begin.

Without reporting the assault to the police, the college is not able to take protective measures or hold investigations of its own.

Currently, if a student reports an assault to the college but not to the police, the college can conduct a private investigation and take precautionary measures, such as temporary suspension of the accused, or accommodating a change of class schedule and living arrangements to make the student more comfortable and protected.

Under the Safe Campus Act, the college can take none of these measurements unless the student agrees to tell the police and press charges.

Once the assault is reported to the police, the college can place “interim sanctions” on the accused, the aforementioned suspension and schedule adjustment. A 30-day investigation would occur, which may be extended if the police require it. If the case is taken to court, an attorney will not be provided for either party; there would be no protection for either the victim or the accused.

Rollins’ Panhellenic and Interfraternity Council held the forum to educate students on what the bill entails. National Greek life organizations have come forward to support the Safe Campus Act, such as the North American Interfraternity Conference (NIC), which includes about 70 fraternities. The National Panhellenic Conference (NPC), which includes 26 sororities, has not come forward with an official opinion on the bill yet. Many fraternity and sorority chapters have grown flustered over national Greek life organizations stating an opinion with which many do not agree. The fraternity Lambda Chi Alpha even left the NIC due to its disagreement with the bill.

In response to the forum, many students were proud to hear that Rollins’ Greek life had such an active say in educating students.

“I was glad that FSL is encouraging all students, especially those involved in Greek life, to be more informed about this bill and to engage in an open discussion about the state of sexual assault proceedings on college campuses,” said Clara Correa ’18.

In response to the actual bill itself, the reactions were almost completely negative, such as that of Dr. Amy McClure of the Sociology Department.

“We have finally begun to have a national dialogue about sexual assault and rape on college campuses. This act appears to be part of a larger cultural political backlash to this challenging but crucial step forward. Rather than focus on how we might make our campuses safer for future victims, this act has been crafted deliberately to consider how we might make things easier for future accused perpetrators of sexual violence,” said McClure.

“Is this the kind of world we want to build together? This act will require any victim to either file their trauma with law enforcement or shut up and suffer in silence. We have much empirical evidence that suggests exactly how that will impact victims. Most will choose silence. This is unacceptable. We need to find the courage to move forward together as one country striving to prevent sexual assault and rape where we can, and, failing that, providing as much support as is needed to survivors.”

McClure’s opinion is one that many college campuses across North America share.

The responses to the Safe Campus Act have been anything but positive. If this bill is enacted, then the accused will be protected and the survivors will go further into hiding. Whether or not this bill turns into a law is something that cannot be predicted, but until then people will be fighting the act to help survivors of sexual assault keep their protection.