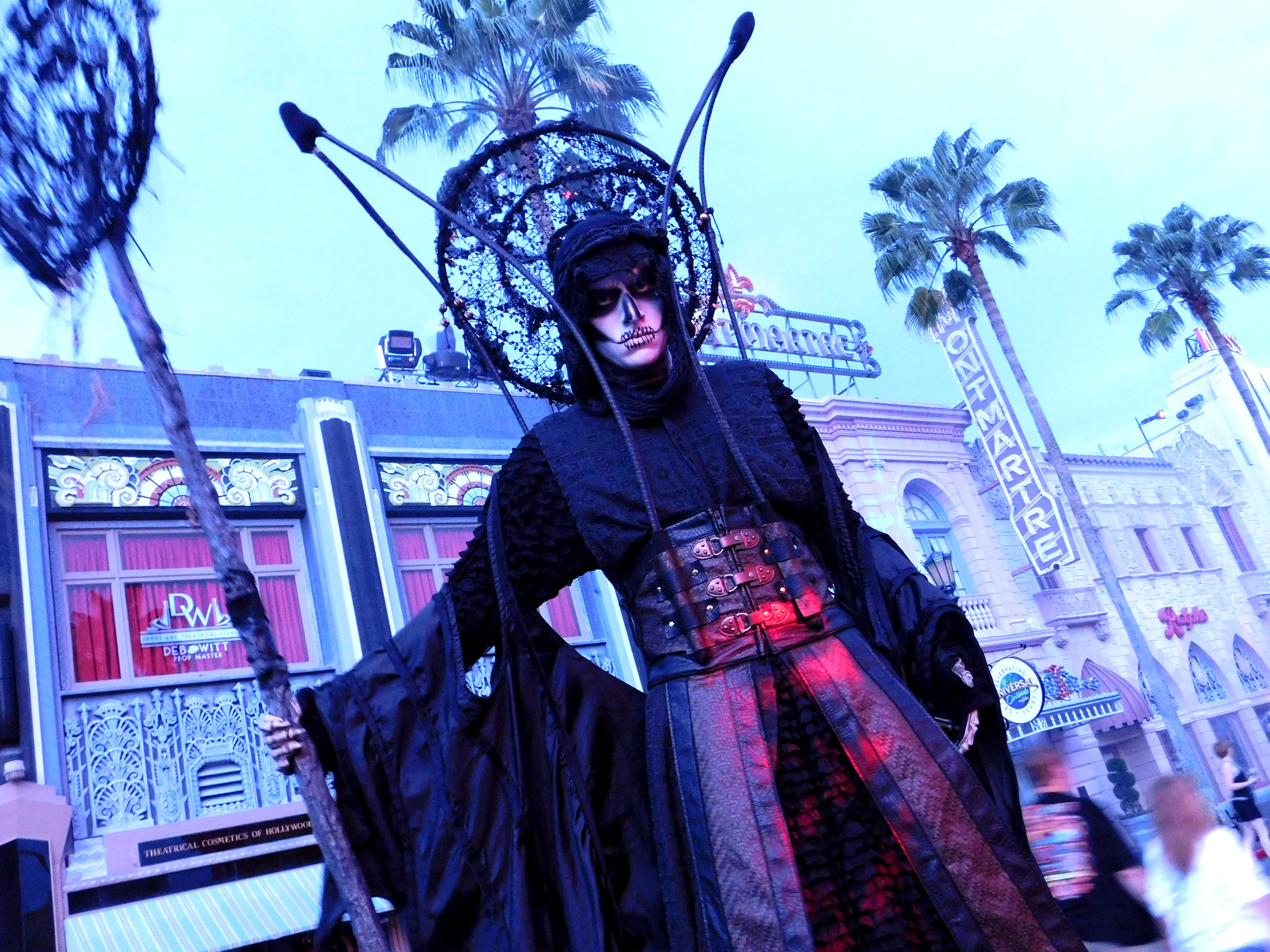 Spanning from Sep. 18 to Nov. 1, Halloween Horror Nights (HHN) is an all-night event at Universal Orlando where guests can experience haunted houses and sanctioned ‘scare zones,’ where themed monsters roam among the crowds. There are also two interactive shows, one based on the face of Halloween Horror Nights 25, Jack the Clown, and a more lighthearted one, with satirical performances of current media, pop culture references, and current musical hits, hosted by Bill and Ted from the classic 80s movie Bill and Ted’s Excellent Adventure. In addition to all of the Halloween fun, the park leaves open some of its best rides.

This year is the celebration of the 25th year of HHN, which takes place on select nights, usually Friday through Sunday. For the celebration, the creators brought up the terrifying fun with nine haunted houses instead of eight. One more haunted house may not seem like a huge step up, but according to a member of Universal’s Entertainment team, the creation of a house is a huge undertaking. It takes at least a year to create a haunted house; plans for each annual HHN begin as soon as Halloween is over. The 25th HHN opened on Sep. 18, and planning for year 26 has already begun.
The undertaking for this yearly project is huge. Every night, countless hair and makeup artists team up to send hundreds of ‘scareactors’ to houses and into the streets. Construction of each house takes months, as does planning for casting, music, lighting, and merchandizing. The massive effort pays off in the end, as each house is guaranteed to send everyone running and screaming.
The Walking Dead, Freddy vs. Jason, Insidious, The Purge, and 25 Years of Monsters & Mayhem showcase fan favorites with zombies, beloved thriller characters, and all the favorites from past years of HHN. There is also a returning house for the first time in HHN history, showing off the amazing costuming and animatronics that brought the classic film American Werewolf in London to life in a shiver-inducing house.
For those who love gore, the Body Collectors: Recollections house showcases the slaughterhouse alcoves of a group of body snatchers. The house named Run also displays a bloody-thriller theme with a twist: as you walk through the house, you are a contestant on a killer reality television show, Run. The final house of the year is Asylum in Wonderland. Based on the iconic novel, the maze takes you through the rabbit hole into a neon 3D experience with man-eating flowers, a crazed and violent Mad Hatter, and a bloodthirsty Queen of Hearts.
Between the houses, you may also encounter traveling gangs of scareactors with chainsaws who will chase you down the foggy streets. Each ‘scare zone’ also has a theme. This year, they include Psychoscareapy – Unleashed, Icons – HHN, Scary Tales – Screampunk, Evil’s Roots, and All Nite Die-In – Double Feature.
All in all, this unique once-a-year event is a must-see. HHN is definitely one of the most anticipated events of the year in Florida.