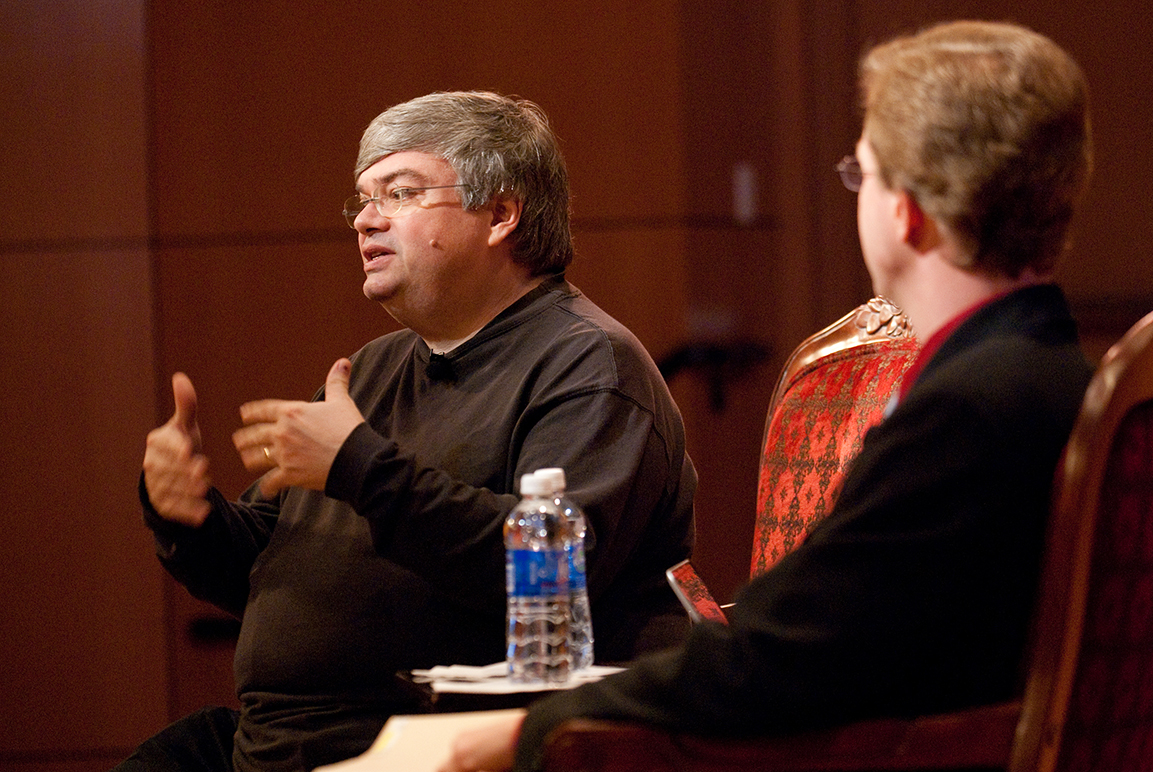 A biographer’s task is to tell the story of another. Terry Teachout, Wall Street Journal theatre critic and author, faced difficulty when telling the story of a renowned jazz musician, who “never talked about his personal life and only revealed himself between the lines.”

As the latest Winter Park Institute Speaker, Teachout discussed his biography Duke: A Life of Duke Ellington and recreated Ellington’s signature compositions on February 4th at Tiedtke Concert Hall.  Dr. John Sinclair, Chair of the Department of Music, introduced Teachout as a Renaissance man—citing his credentials as a columnist, Broadway playwright, encyclopedia of jazz and bass player.

While intrigued by the jazzman’s mysterious personality, Teachout stated that artistry, not personality, is Ellington’s enduring appeal. “Duke was the most important jazz composer of the 21st century, of indisputable and international significance,” Teachout said. “No other jazz musician has left a bigger impact culturally.”

Highlighting his Ellington biography, Teachout revealed the jazz musician behind his public image. Teachout explained the contradiction between Ellington’s sophisticated professional persona and public denial of his infidelity and musical collaborations.

“Sophistication was central to Duke’s image,” Teachout said. “In the late 1920s, jazz was simply functional dance music. When Duke became popular, he insisted on being taken seriously as an artist and as a black man.”

The presentation alternated between commentary on Ellington’s artistry, and live jazz band performances of In A Mellow Tone and Sophisticated Lady. The speaker also included a 1943 video performance of Mood Indigo and an audio recording of Koko. Teachout featured these compositions to illustrate Ellington’s unrivaled ability to capture emotion.

“What set Duke apart as a composer was the way he used jazz to say things; he used tone parallels to match human emotion,” Teachout said. “His vocalists sang with faith, happiness, and loneliness. He transformed his feelings to music.”

Aside from Teachout’s reading and discussion, Winter Park Institute commemorated the jazz master with further events: a swing era Q&A on February 6th and a performance of Ellington’s Sacred Service at the First Congregational Church on February 7.