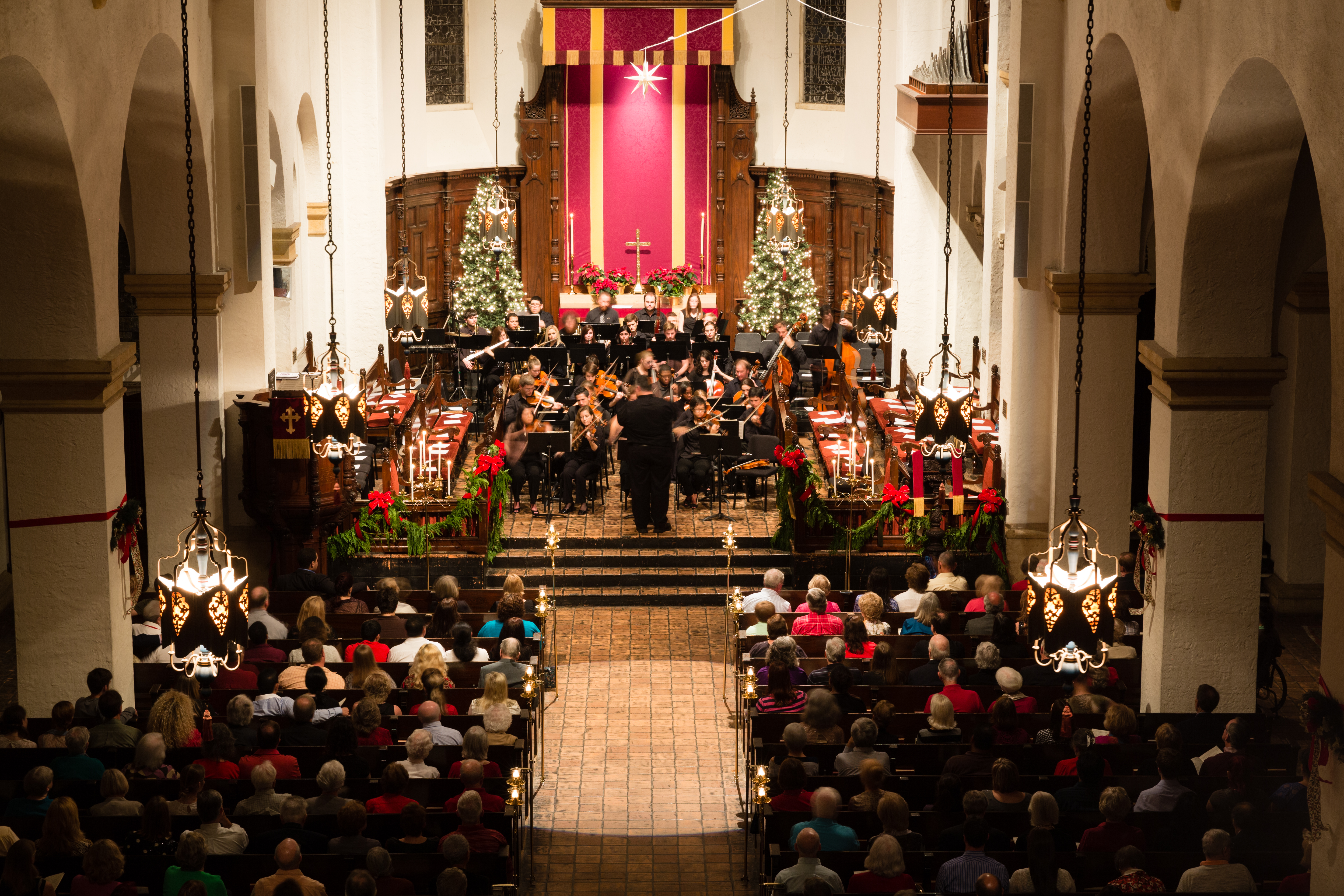 “Vespers is absolutely stunning, incomparable,” Yani Araujo says of the annual Christmas season service. “It’s an experience to be had, something you have to watch in order to comprehend.”

As a long-standing tradition, the word Vespers derives from the Latin “Vesperas,” which means evening, and originated as a Catholic service in the early Middle Ages.

In the Catholic tradition, Vespers refers to the evening service. At Rollins College, it is an ecumenical event that offers traditional Christmas Carols.

“I want the music not only to be pleasurable to the audience,” Sinclair says. “But also something they would find spiritually and intellectually uplifting to humanity. I want them to leave feeling good and hopeful about themselves.”

Rollins Vespers takes place at Knowles Chapel the first week of December and is open to everyone as an attempt to bring people together and celebrate Christmas.

“I imagine Vespers as the unity of all forms of art, musically, that come together to create a beautiful environment,” says Ana Rivas, who will be attending Vespers for the first time this year.

Behind the service’s beauty lies the efforts of musicians and personnel who collaborate to create the final product for the congregation.

Sometimes hours of rehearsals can frustrate musicians when the pieces don’t seem ready hours before the presentation. Yet, somehow the initial adrenaline rush before the performance gives everyone that necessary final push to make everything match.

“I need to make sure all the bowings are done so we are all uniform in the strings section,” says Joni Roos, violin professor of the department. “In terms of the student conductors, I help preparing them so they’re ready. It is stressful, but hearing the students sing and play with passion makes all the stress of rehearsals go away once we are onstage.”

The final adjustments are done after Thanksgiving break, and after Thursday’s final rehearsal, everyone is exhausted.

First-year orchestra member Tanuja Krishna is excited about the outcome of the event but she has only heard rumors about what Vespers is and how it develops.

“It sounds like is going to be a lot of fun and really festive with all the candles and Christmas carols,” she says.

Because of the length of the program, some congregation members enter the chapel at the beginning of the event and leave before it finishes. However, this is not true for all of them.

“I have never been a huge fan of classical music, but during my first time at Vespers I couldn’t hold my tears,” Mariela Ferreira, a Rollins parent says. “The simple beauty of the music gave me goose bumps. After it was over, I had to take a couple of minutes to process what I had just heard.”

Araujo had a similar experience during last year’s Vespers. Besides being a rising singer, he is also an aspiring conductor and has had different experiences from two different perspectives.

“Conducting is my favorite thing in the world,” he says. “There was a time last year when I was conducting The First Noel where I almost cried. There was a grand pause and a huge powerful chord, and I stopped it. I stopped it and the church rang for about two entire seconds and the sound was defying. I could feel the entire room get goose bumps.”

Vespers is an event to enjoy with family members. Students are welcome to take a small break from the stress of finals to enjoy a couple hours of music and family time.

“It is the best thing going on in the city and the quality of the music is amazing,” says Roos. “I definitely recommend people to take a break from work so they can feel festive by listening to Christmas music.”

Professors are not the only ones who recommend the service.

“It is really an out of this world experience, and is really something that you need to see,” Araujo says. “It’s like going to Magic Kingdom to watch the fireworks, you can’t get the experience anywhere else. It is not Christmas season without any holiday music.”